You are in : All News > Spotlight on green tea: Growing research bolsters ingredient’s nutritional potential

15 Feb 2021 --- Mounting research is helping concrete green tea as a nutraceutical mainstay for a host of needs, including immunity and non-communicable diseases. NutritionInsight takes a closer look at green tea’s potential for the nutrition industry.

“Green tea is a mature market, but as natural positionings are very in demand these days, its offering is steady and growing,” says Maria Dolores Garcia, product manager at IFF Health.

Dr. Conor Kerley, founder of Phytaphix, adds that green tea has enjoyed a large market size and is worth over a billion dollars globally. “However, this is expected to grow, which emphasizes its popularity.”

Garcia points out that most of the green tea business players are from Asia, where the material comes from. “In contrast, there are just a few European companies manufacturing it in Europe as IFF does.”

Garcia adds that consumers are becoming more aware of botanicals in general. The rising scientific research around green tea is only adding to the interest in this ingredient.

A heart-happy beverage
A new study has revealed that stroke and heart attack survivors can reduce multiple causes of death and prevent further cardiovascular events by drinking green tea.

When compared with participants who rarely drank green tea, stroke survivors who consumed at least seven cups of green tea daily lowered their risk of all-cause mortality by approximately 62 percent.

However, corresponding study author Dr. Hiroyasu Iso, a professor of public health at Osaka University, warns that these beverages should not be consumed with an “unnecessary” amount of added sugars.

“An important distinction to make is that in Japanese culture, green tea is generally prepared with water and without sugar,” he states. 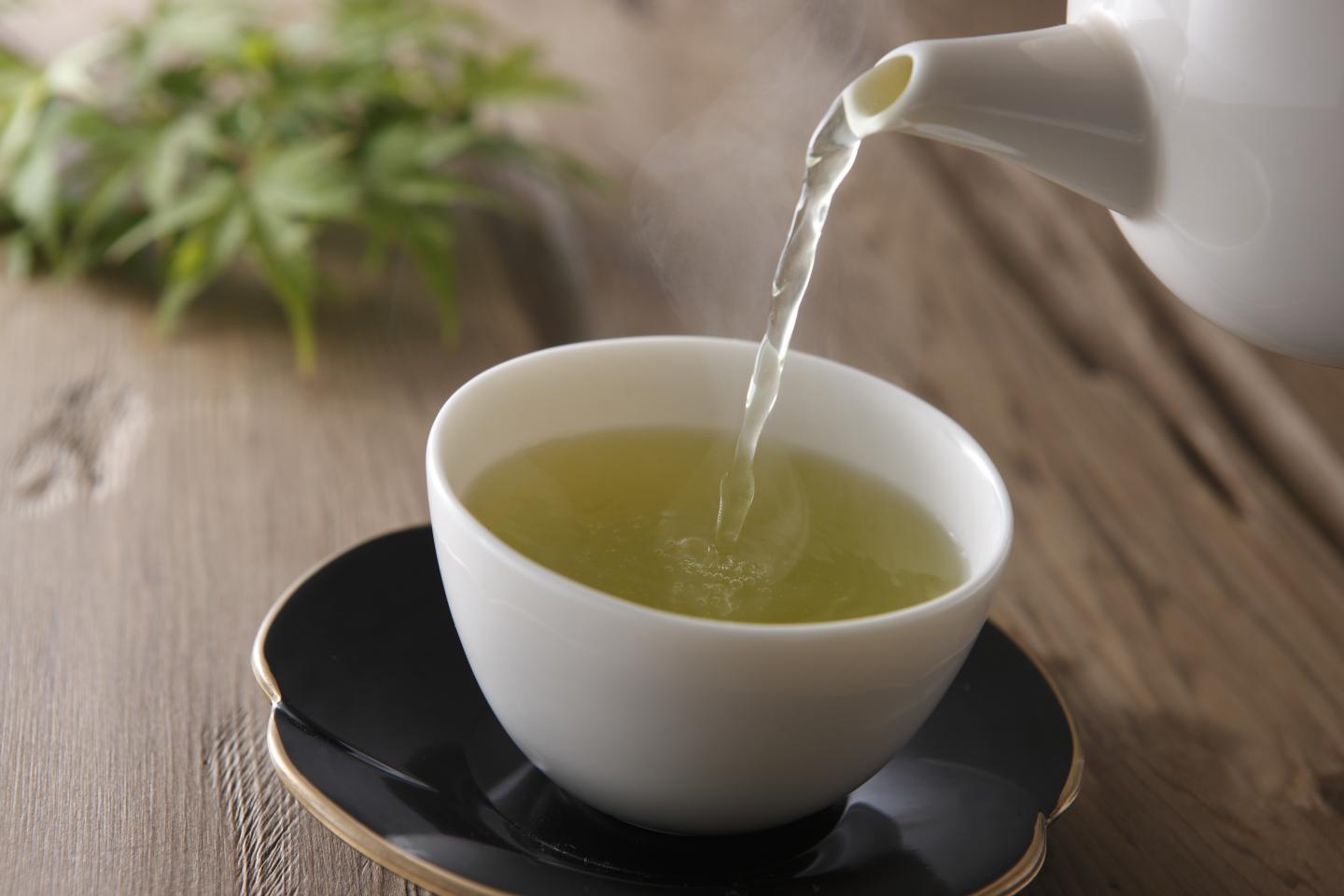 Helping fight tumors
A separate study published in Nature Communications has found that an antioxidant found in green tea may increase levels of p53, a natural anti-cancer protein. It is known as the “guardian of the genome” for its ability to repair DNA damage or destroy cancerous cells.

Green tea contains EGCG, which is also sometimes sold as an herbal supplement.

Led by Chunyu Wang, a professor of biological sciences at Rensselaer Polytechnic Institute, US, researchers found that the interaction between EGCG and p53 preserves the protein from degradation.

Typically, after being produced within the body, p53 is quickly degraded when the N-terminal domain interacts with a protein called MDM2.

“By developing an understanding of the molecular-level mechanisms that control key biochemical interactions linked to devastating illnesses such as cancer and Alzheimer’s disease, Chunyu’s research is laying the groundwork for new and successful therapies,” says Curt Breneman, dean of the Rensselaer School of Science.

According to Innova Market Insights, Energy & Stamina is the top positioning for supplements launched with green tea as an ingredient (Global, 2016-2020). This is followed by Weight Management, Immune Heath and Digestive/Liver Health.

Other rising spaces for green tea include hair, skin and nails, and the vitamin and mineral subcategories.Capsules containing green tea extracts are proving popular with busy consumers.

Time-saving shortcuts
There is more awareness about health in general, as well as the benefits of green tea, according to Kerley.

“More consumers are well-educated and research products and ingredients before purchasing. The types of consumers most interested in green tea nutraceuticals include those who understand its benefits but do not have time, taste or desire to drink several cups of green tea every day such as middle-aged, working mothers,” he says.

In terms of delivery formats, Kerley observes that the most popular green tea offering appears to be capsules containing green tea extracts.

“Green tea extracts are easier to manufacture with than whole green tea and may offer more concentrated formats of some nutrients. However, at Phytaphix, we utilize whole matcha green tea to include the multiple benefits from the nutrients not included in extracts.”

Honing in on immunity
Phytaphix has harnessed matcha green tea for its positive associations with immunity in its Immune Phix product, which launched last year.

“These polyphenol flavonoids have many important roles throughout the body, including protecting against oxidative stress and supporting immune health,” he continues.

In December, researchers flagged that chemical compounds found in green tea can bind to and block the function of the main protease in SARS-CoV-2 – the virus that causes COVID-19.

Other investigations have also pointed to green tea’s benefits for Type 2 diabetes and food allergies.

Immunity has been a concern for consumers and the COVID-19 pandemic exacerbated anxieties, pushing the nutrition space forward. Innova Market Insights has reported that,... Read More

Consuming tea daily reduces the risk of developing Type 2 diabetes, suggests a study of over one million subjects. Each cup of green, black or oolong tea consumed daily... Read More

Pieces of the puzzle: FrieslandCampina details lactoferrin for immunity as COVID-19 transforms space

While ingredients such as zinc, vitamin C and vitamin D have become mainstays associated with immunity support, consumers are seeking to explore new options, leading to... Read More