You are in : All News > “Shocking lack of progress”: UK watchdog flags high-sugar content in festive drinks

03 Dec 2019 --- Festive hot drinks sold at many high street coffee chains, such as Starbucks, Costa Coffee and Caffe Nero are “loaded with sugar,” and have “failed” to meet government-mandated sugar reduction targets. This is according to a survey by Action on Sugar (AoS), which found that one in four products had a sugar hike in directly comparable hot beverages, while dairy alternatives equally harbored excess sugar. The UK watchdog warns admonishes the coffee chains for their “lack of progress” in achieving sugar reduction targets, as high amounts of sugar in beverages are known to increase the risk of Type 2 diabetes, obesity, various cancers and tooth decay.

“The survey highlights that many high street coffee chains are failing to make progress toward the government voluntary sugar reduction targets, which are overseen by Public Health England (PHE), set in May 2018. Moreover, many drinks are now higher in sugar than they were in 2016. It is well known that the UK’s health is in crisis, with the current unhealthy food environment being one of the biggest threats to the health and wellbeing of the population,” Registered Nutritionist, Holly Gabriel from AoS, tells NutritionInsight.

Anna Groom, Registered Dietitian and British Dietetic Association spokesperson, echoes this sentiment. “If customers were asked whether they would like 23 teaspoons of sugar in their coffee, then I would suggest the majority would say no, unaware that that is the same content in their chosen ordered large festive milky beverage. I would recommend that people continue to think about moderating their diet to be balanced over the holiday season to prevent unwanted weight gain.”

However, some coffee shops have shown that reformulation is possible within this category. For example, the study reveals that Costa Coffee has made significant reductions in sugar and now offers smaller sizes as standard for seasonal drinks. Since 2016, Costa’s Chai Latte Massimo reduced its sugars per portion from 79.7 g to 39 g, while its Mocha Massimo scaled 51.7 g of sugar down to 25.7 g.

Gabriel beseeches the food industry to follow suit and “immediately switch to using milk and syrups with no added sugars.” 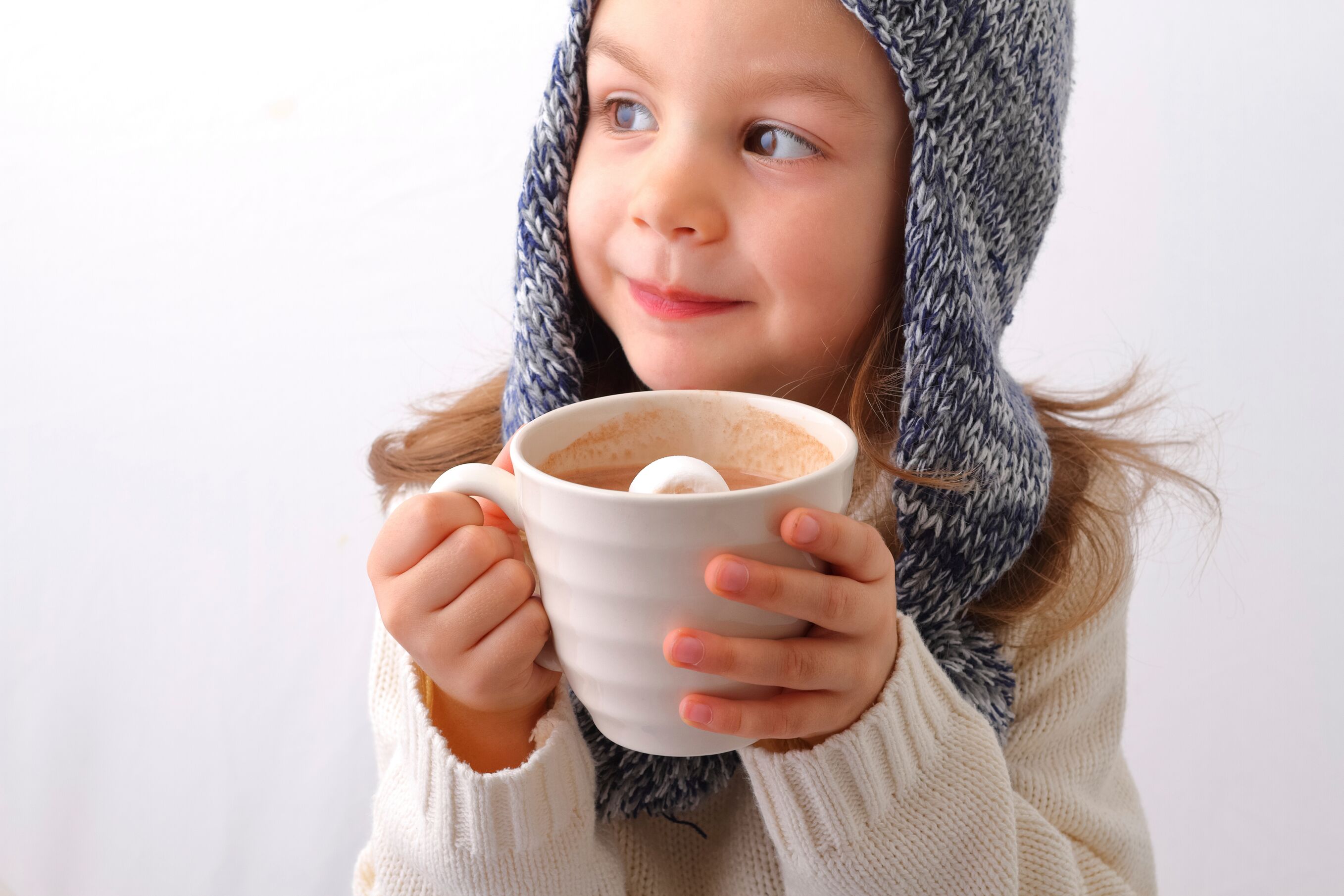 Every day, children in UK hospitals have rotten teeth pulled out due to decay caused by sugary drinks, says Dr Konviser.Research parameters
AoS surveyed a total of 124 hot chocolates and 79 seasonal lattes across UK high street coffee chains, including Caffe Nero, Starbucks, Costa, KFC, Greggs, McDonald’s, EAT, Leon and Pret A Manger. As some sugar naturally occurs in cow’s milk, PHE allowed for a value of 3.8 g lactose per 100 ml for hot drinks made with cow’s milk purchased out of home, as well as 2 g sugar per 100ml for milk-substitute drinks.

The study showed that in 2016, a regular Vanilla Latte from KFC had 19 g sugar per serving and in 2019 has 26 g. Similarly, a Greggs Hot Chocolate had 33 g per serving in 2016 but now has 42 g. The research deems Starbucks’ Gingerbread Latte with Oat Milk (Venti) the “worst sugary seasonal latte,” with over 14 teaspoons of sugar and 523 calories per portion.

Commenting on the survey, Dr. Saul Konviser of the Dental Wellness Trust charity, UK, adds that the findings are “deeply concerning,” especially given that many children also consume these festive sugary drinks. These are not only bad for their overall health, but also their dental health, he asserts.

“It is high time coffee shops and cafes act more responsibly. That means reducing the sugar and portion sizes across their drinks menu and stop putting profits before the health of our nation, which is feeding the UK’s obesity, Type 2 diabetes and tooth decay crisis,” he warns

This recurring ”high-sugar” phenomenon is not limited to the milk-based hot beverages sector. Fruit drinks and flavored waters that contain added sugars and/or low-calorie sweeteners dominated sales of drinks intended for children in 2018, confusing parents seeking healthful choices for their children, a recent report details.

Gabriel urges for the SDIL to extend to milk-based beverages, and not stop at high-sugar soft drinks.Steps forward
In April 2018, the Soft Drinks Industry Levy (SDIL) came into effect in the form of a tax paid by the producers and importers of soft drinks containing added sugar. Despite the current Prime Minister’s concerns, Gabriel affirms that the tax has been successful, leading to a 29 percent reduction in sugar content since its implementation.

“The tax must be extended to sugary-milk based drinks, including chocolate and sweet confectionery, and escalated year-on-year. The sugar thresholds should be gradually decreased to encourage further reformulation of both sugar and sweetness,” she declares.

By extending the SDIL to milk-based drinks, it can ensure that the sugar levels in these drinks are reduced and put a stop to irresponsible NPD. “It is shocking that so many high street coffee chains are willfully putting their customers’ health at risk despite PHE setting sugar reduction targets for sugary milk drinks in 2018,” Gabriel states.

In order to further facilitate healthy food and beverage purchasing choices, consumers should have access to clear color-coded nutrition labeling online and in-store, so that they can see what’s in their drinks and make more informed choices, Gabriel maintains. Addressing this concern, the Nutri-Score food labeling system has already been introduced to several European countries, with the Netherlands as the most recent country set to implement the logo to its food products.

“Coffee shops and cafes need to take much greater steps to reduce the levels of sugar and portion sizes, promote lower sugar alternatives and stop pushing indulgent extras at the till,” Gabriel concludes.