You are in : All News > Increased beverage NPD aimed at children makes healthier eating “even more difficult,” says new report 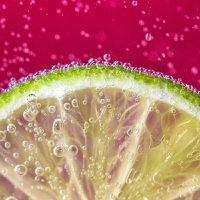 17 Oct 2019 --- Fruit drinks and flavored waters that contain added sugars and/or low-calorie sweeteners dominated sales of drinks intended for children in 2018. The offerings made up 62 percent of the US$2.2 billion of total children’s drink sales. This is according to a new report, Children’s Drink FACTS 2019. The report highlights the confusing nature of the market for parents seeking to make healthful choices for their children. For example, popular juice and water blends do not contain added sweeteners, but equally popular flavored waters do. Yet, both are often marketed as deceptively healthy, with labels carrying images of fruit, for example.

“Beverage companies have said they want to be part of the solution to childhood obesity, but they continue to market sugar-sweetened children’s drinks directly to young children on television and through packages designed to get their attention in the store,” says Jennifer L. Harris, PhD, MBA, lead study author and the Rudd Center’s Director of Marketing Initiatives. “Parents may be surprised to know that pediatricians, dentists and other nutrition experts recommend against serving any of these drinks to children.”

Published by the Rudd Center for Food Policy & Obesity at the University of Connecticut, the researchers assessed the top-selling brands of children’s drinks. This included 34 sweetened drinks (fruit drinks, flavored waters and drink mixes) and 33 drinks without added sweeteners (100 percent juice, juice-water blends and one sparkling water). They analyzed sales, advertising spending, children’s exposure to television advertising, nutritional content and product packaging. Brands with at least US$10 million in sales in 2018 were included.

The report found that companies spent US$20.7 million on advertising children’s drinks with added sugars in 2018, primarily to kids under age 12.

However, common nutrition-related claims and images of fruit on packages of sugary fruit drinks and flavored waters make it difficult for parents to identify healthier drinks for their children easily.

This begs the question; who should regulate how these drinks are marketed? Harris notes that the US Food and Drug Administration (FDA) could play a role in enforcing that a product’s label matches its contents.

However, Harris notes that the FDA has the authority to address unclear labeling on fruit drinks and juices. “For example, it could require disclosures of added sugars and low-calorie sweeteners on the front of product packages, require products with nutrition-related claims to meet minimum nutrition standards, and prohibit pictures of fruit on the front of packages for products that contain little or no juice,” she says.

“In the meantime, beverage companies should ensure that their labels clearly convey what’s inside their products to support parents’ efforts to get their kids to eat healthily.” Low-calorie sweeteners, such as sucralose and stevia, were found in 74 percent of children’s sweetened drinks, despite their labels not mentioning them.

Previous studies have also found that the health claims on pack may not be linked to the actual nutritional quality of the product. Without clear regulatory interference, the onus may be on the manufacturers to commit to communicate what their products is clearly, the researchers said.

The nutrition industry can also play a role by supporting FDA regulations and other policies to improve the transparency of labeling on juice and fruit drinks so parents can easily determine what’s inside the drinks they buy for their children, Harris adds.

Sugar-sweetened children’s fruit drinks typically contained just 5 percent juice or less, but according to the report, 80 percent of those packages included images of fruit, and 60 percent claimed to have “less” or “low” sugar or “no high fructose corn syrup.” Children’s drinks with and without added sweeteners also had similar package sizes and types, flavor names, use of fruit imagery and front-of-package claims for products.

“You shouldn’t have to be a nutritionist to figure out whether or not a product is healthy for your child,” says Maria Romo-Palafox, PhD, RD, study author and Assistant Professor of Nutrition and Dietetics at Saint Louis University.

Credit: UConn Rudd Center for Food Policy and Obesity Not all bad?
The report did uncover some positive movements in the industry. With the exception of one sugar-sweetened children’s fruit drink, licensed characters only appeared on children’s drinks without added sweeteners (primarily 100 percent juice). This is a significant improvement compared to 2014.

Kraft Heinz was the only company to advertise sugar-sweetened drinks directly to children on children’s television programming, with products including Kool Aid Jammers and Capri Sun Roarin’ Waters.

Moving forward, the report recommends state and local taxes on sugary drinks should include children’s fruit drinks and flavored waters. This would be to raise the price and discourage purchases. Meanwhile,  front-of-pack information should clearly include added sugar and/or low-calorie sweetener information. Finally, the Children’s Food and Beverage Advertising Initiative (CFBAI), a voluntary, industry self-regulatory program, should establish nutrition standards that conform with health expert recommendations.

In the UK, the Soft Drink Industry Levy (SDIL), which came into effect in April 2018 to tackle childhood obesity, has led to a sugar reduction in beverages of nearly a third, thoroughly beating the initial 20 percent target.

A new study reveals a potential association between the consumption of artificial sweeteners and heart disease. Researching over nine years, scientists found evidence to... Read More

A spin-out of Cambridge University, Xampla has announced that its microencapsulation product is now ready to be brought to market. The product allows companies to... Read More