You are in : All News > Rousselot’s StabiCaps score European patent, improving soft gel stability and performance 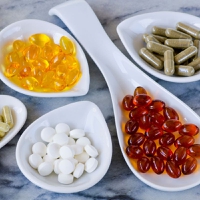 09 May 2022 --- Rousselot has received approval from the European Patent Office (EPO) on a patent for its gelatin excipient solution StabiCaps. The collagen-based solutions supplier adds that the gelatin excipient improves soft gel formulation and stability.

“StabiCaps has been specifically designed to offer an optimal molecular weight and pH, both necessary qualities to reduce cross-linking in soft capsule formulation.”

Detailing the impact the EPO patent of StabiCaps will have on industry, Thomas says: “The patent represents the first step toward raising further awareness that crosslinking isn’t a necessary evil and that StabiCaps can help industry further improve soft gel performance, which will, in turn, benefit the end consumer.”

“In addition, Rousselot’s gelatin is a natural ingredient, without e- numbers, produced naturally and responsibly,” Thomas explains. “When the use of products produced in an environmentally and ethical way is important to consumers, responsible production processes are worth being highlighted.”

“Rousselot wants to improve its existing products and develop new ones to help its customers succeed in their market. We know that gelatin still has a lot to offer, and we have no plans to stop exploring its properties.”

Rousselot previously received an EPO patent for its gelatin-based solution SiMoGel for functional gummies. According to the company, SiMoGel improves the production of nutraceutical gummies and allows manufacturers to introduce competitive delivery formats into the market.

According to Aenova, softgel capsules are a suitable dosage form for cannabinoids like CBD as they optimize bioavailability.

Tapping into a robust sector
Rousselot adds that the market for soft gels is predicted to rise at a compound annual rate of 9% over the next six years. The category is expected to be valued at US$9.1 billion by 2028.

Soft capsules, also known as soft gels, are primarily used as a vessel for oil-based liquids or paste-like fills and their popularity has grown over time because of their ease of absorption.

StabiCaps is a gelatin excipient that improves the formulation and stability of soft gels.“Functional gummies and soft gels are two of the fastest-growing dosage formats in today’s healthcare sector,” says Thomas. “By protecting StabiCaps with patents, we give our customers an edge on their competition, enabling them to move to the fore in their markets.”

“In recent years, Rousselot has developed several exciting innovations with collagen and gelatins in most of our target markets, including beauty, health, mobility and the food and biomedical sectors.”

“We have been filing patents regularly and we plan to keep following this direction as we strengthen our focus on innovation going forward.”

Among recent developments, Rousselot opened a new production line for porcine collagen within its Belgium-based plant. Porcine collagen is pegged as “highly bioavailable,” with the bioactive protein Peptan P being used in supplements for joint and muscle support.

Meanwhile, Gelita pegged its Gelita EC as the “first and only” gelatin product for soft gels with full enteric performance. Capsule manufacturers can utilize Gelita EC and their existing equipment in a single step during capsule production.

Rousselot is the global leader of gelatin and collagen peptides.  We work in partnership with our customers all over the world, delivering innovative and advanced ingredient solutions manufactured through state of the art operations.  We help our customers achieve their goals, enabling them to create world class pharmaceutical, food and nutritional products to inspire and excite today’s demanding consumers.

Widely used in the production of food, gelatin offers manufacturers across all categories an unrivalled set of functionalities. Whatever your application – confectionery, dairy, desserts or meat – Rousselot has the proven expertise to meet your brief and exceed expectations.

Continued research, proven safety in use and exciting new concepts have boosted its profile as a natural ingredient perfectly positioned to help manufacturers tap into current market trends.

With its high protein content, ProTake is a hydrolyzed gelatin and the ideal natural ingredient to boost protein levels or to reformulate your product with less fat and/or sugar.

The range is available in three varieties – each offering a unique functionality in its specific application:

Peptan collagen peptides are bioactive ingredients for the health and beauty markets. Thanks to its proven health benefits, Peptan is the active ingredient of choice for global manufacturers looking to create exciting functional foods, drinks and supplements for a demanding target audience.

Rousselot and Peptan are both brands of Darling Ingredients.

For more information, please visit our websites: Rousselot.com and Peptan.com

As Vitafoods is around the corner, companies are gearing up for launches ranging from immunity to probiotics and sports nutrition, while showcasing developments in... Read More

As the active nutrition sector grows, it will be influenced by three major categories in 2022. NutritionInsight speaks to industry experts who give insight into how... Read More

Alcoholic beer will be pushed out by sporty alternatives, predicts Uddelaer Brewery owner

Rousselot, a Darling Ingredients’ health brand, has been granted a patent application by the European Patent Office (EPO) for its functional gummies gelatin-based... Read More