You are in : All News > “Revolutionizing functional foods”: Nurish.Me seeks to boost supplement delivery with nanotech 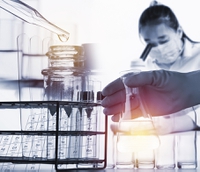 01 Mar 2019 --- Nanotechnology can be used to produce better supplements with increased bioavailability and improved efficacy in delivery and absorption. This is according to Michal Heger, Ph.D., Co-Founder and Chief Formulation Officer of Nurish.Me, which has used nanotechnology to create a curcumin supplement coined CoreCumin. Although the use of nanoencapsulation is not widespread yet, Heger notes that a better understanding of this method and appropriate regulatory control could significantly improve supplementation delivery.

How it works
Nanotechnology deals with matter on the molecular scale and is already used in cutting-edge pharmaceutical drugs. According to Heger, nanoparticulate carrier systems have the potential to revolutionize the functional foods industry.

Nanotechnology can increase the bioavailability of certain food supplements, while fat-soluble molecules rendered water-soluble through nanoencapsulation make products commercially versatile. Other compounds can be easily co-encapsulated or added to further improve the efficacy of the formulated product, he explains.

Fat-soluble compounds with proven efficacy, relatively poor absorption in the gut and strong consumer interest, such as vitamin D3, omega 3 fatty acids and curcumin are some of the ingredients that hold potential for this new delivery form, Heger tells NutritionInsight.

“In some cases, water-soluble compounds encapsulated into nanocarrier systems like liposomes may also hold potential, including vitamin B12 and calcium (often in combination with vitamin D3). Many inflammation-reducing compounds will gain popularity because inflammation plays an important role in pain, autoimmune diseases and neurodegenerative diseases,” he adds. Click to Enlarge

Heger has a background in the development of targeted nanomedicine, including scientifically validated liposomal technology platforms to potentially treat diseases such as cancer. Because liposomal and micellar carrier systems are also suitable for the oral route of delivery, Heger says he expanded his research to liposomal and micellar phytochemicals that could be marketed as food supplements. “Based on extensive research we believed that certain naturally-derived compounds could be formulated in nanocarriers and rendered more effective,” he says.

“The most common carrier platforms for food supplements are liposomes, micelles and solid lipid nanoparticles. The first applicability of nanotechnology is centered on solubility. Fat-soluble compounds such as vitamins A, D, E and K, curcumin and cannabinoids are not water soluble,” Heger explains. Despite having poor solubility, however, “formulating fat-soluble compounds into water-soluble carriers, the compounds become water-soluble and more compatible with human physiology.”

Nanoformulations may increase the uptake of the encapsulants in the intestines and subsequently the compound’s bioavailability. “The exact mechanism behind augmented bioavailability of nanoformulated compounds versus their ‘bare counterparts’ is not entirely understood and depends on the type of nanocarrier system, but the general phenomenon has been proven in numerous studies,” Heger notes.

Perilous nanotechnology?
Despite these potential benefits, nanotechnology is considered by some as dangerous. This is, Heger explains, because nanoencapsulation could theoretically change the pharmacokinetics and safety of the encapsulated compounds.

“Although this is true for certain molecular complexes, especially micelles comprised of synthetic materials, it does not apply to all nanoformulations,” he notes.

“The potential hazards of food supplement nanotechnology are unfortunately adopted into the legislature of most countries, with little discrimination between the types of nanotechnology platforms. Consequently, compounds that would normally not be regulated become regulated because they are encapsulated in a nanoparticle. For liposomes, which typically range from 80-500 nanometers in diameter, the regulatory implications are particularly unjustifiable,” he adds.

In the case of food supplements, Heger says, liposomes are composed of phospholipids that are generally obtained from soy, egg or sunflower. The liposomes are processed in the human gut in exactly the same manner as the food sources from which they are derived. They are therefore innocuous to human health. Although the bioavailability of most encapsulated compounds is increased by liposomal encapsulation, it is the dosage that should be properly regulated, not the nanotechnology itself.

Using Nurish.Me’s CoreCumin product as an example, Heger explains: “Our proprietary platform technology is based on micelles. Micellation seems to substantially improve the absorption of curcumin, which has resulted in a product that has helped many people with their health at much lower dosages than powder-containing capsules.Click to Enlarge

Curcumin as a supplement ingredient
Curcumin is touted as holding various health benefits but is an ingredient that the gut cannot easily absorb. Which formulation is best for delivery is still under question by scientists. This caught Heger’s attention. “I have been studying curcumin since 2008 and had successfully prepared nanoformulations for intravenous delivery, ultimately intended for use in cancer patients. We worked for three years on a paper on curcumin to unravel the anti-cancer properties of this compound, which was published in Pharmacological Reviews,” he says.

“During those studies, I discovered that cancer patients benefited significantly from curcumin intake after a chemotherapy or radiation therapy regimen, which improved their quality of life. I also learned that curcumin can be used for other indications, including autoimmune and inflammation-based conditions such as arthritis, pain, neurodegenerative diseases and even depression,” he notes. “Taken together, with all these clinically proven properties, aiming the arrows on curcumin was a no-brainer. Formulating curcumin in micelles was more difficult, but ultimately successful.”

Heger seems optimistic about the commercialization of nanotechnology and believes interest will only grow. He says Nurish.me has more innovation in its pipeline. It has partnered with US Lorand Labs for the sourcing of high-grade aloe vera and with Japanese Daiwa Pharmaceutical for the provision of hydrolyzed rice bran, whose efficacy has been proven in numerous clinical studies.

04 Feb 2020 --- Understanding and ensuring the quality of botanical supplements such as turmeric is a fundamental requirement for safe supplementation usage. This is according to a... Read More