You are in : All News > Probiotics linked to fewer respiratory symptoms in obese middle-aged adults 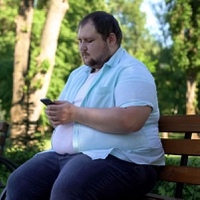 14 May 2021 --- Daily probiotic use was associated with fewer upper respiratory symptoms in overweight and older people in a new Gut Microbes-published study.

Reducing the risk of respiratory infection by putting bacteria in the gut is “not necessarily the most intuitive idea,” says lead researcher Dr. Benjamin Mullish, clinical lecturer in the division of digestive diseases at Imperial College London, UK.

“But it’s further evidence that the gut microbiome has a complex relationship with our various organ systems. It doesn’t just affect how our gut works or how our liver works; it affects aspects of how our whole body works.”

They found that participants who took a combination of Lactobacillus and Bifidobacterium probiotics during the six-month study had a 27 percent lower overall incidence of URTI symptoms than the placebo group. The effect was largest among participants who were aged 45 years or older, as well as those with obesity.

Goes both ways?
The findings suggest the probiotic combination may also have a potential role in stabilizing or preventing changes in gut microbiome composition in response to an URTI.

“As such, we feel that a compelling case exists for further randomized studies to prospectively explore the potential impact of probiotics on the prevention of respiratory infections,” states the study. Further research is encouraged to delineate mechanisms by which probiotic bacteria impact the gut-lung axis.

Gut-lung axis prominence
The study findings add to growing interest in the bidirectionality of the gut-lung axis. “It’s not just the gut sending out signals that affect how the lungs work. It works in both directions. It adds to the story that changes in the gut microbiome can affect large aspects of our health,” says Mullish.

Shedding further light on the bilateral relationship, a study supported by AB-Biotics in March found COVID-19 patients who consumed the company’s probiotics once a day for a month saw “significant” impacts on remission rate, duration of symptoms and viral load.

Last month, Resbiotic Inc. landed US$3 million of seed funding, which will support the development and commercialization of probiotic formulations for lung health. CP Kelco also shared how the gut-lung axis broadly taps into the growing personalization trend.