You are in : All News > Plant-based nutrients: Parabel’s water lentils found to be rich source of vitamin B12

Plant-based nutrients: Parabel’s water lentils found to be rich source of vitamin B12 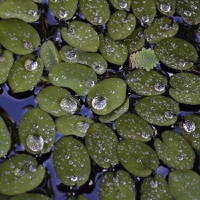 19 Nov 2019 --- Vitamin B12 has been discovered in Parabel USA’s water lentil crop, which is used to produce plant protein ingredients. Independent third-party testing showed 100 g of dry water lentils – also known as duckweed – contain approximately 750 percent of the US recommended daily value of the bioactive forms of B12. This is crucial as followers of plant-based diets have long faced difficulties in securing the vitamin, which is most often found in animal products, including fish, meat, poultry, eggs and milk.

“As plant-based eating is becoming more mainstream, people are more knowledgeable about how to support this eating trend. One is that you have to find a way to supplement your diet with B12, which up until now, had only been found in animal foods. The forms found in algae have shown to be either in trace amounts or as a pseudo B12, which is not a solution for deficiencies,” Cecilia Wittbjer, Vice-President of Marketing at Parabel tells NutritionInsight.

Wittbjer assert that the drivers behind the explosive growth in plant-based eating are health, sustainability and ethical reasons. However, she points to studies showing that B12 deficiencies are much more common than previously thought. “We need to understand this further, especially now that plant-based eating is becoming more and more mainstream.”

“Parabel’s hydroponic systems represent a scalable and potentially revolutionary platform to produce highly nutritious plant foods that contain bioactive B12 forms. Along with partners, we will begin conducting bioavailability studies to determine the effectiveness of water lentils as a natural, plant-based solution to address B12 deficiencies,” notes Dr. Matthew Van Ert, Chief Scientific Officer for Parabel.

While study options are still being explored, the company hopes to conduct one shorter study, as well as a longer study to confirm decreasing methylmalonic acid levels, which are used to evaluate B12 deficiency. Deficiency can lead to health issues such as anemia.

In addition to B12, the water lentil has been referred to as a complete food source as a result of the high levels of protein, vitamins and minerals in the plant.Debunking the vitamin myth
Wittbjer explains that water lentils had been untested for vitamin B12 until now due to the general belief that it was only found in animal ingredients. “This meant we didn’t concentrate on this until one of the large multinational food manufacturers confirmed it to us. There are different testing methods for B12, which also makes it complicated. However, it has now been confirmed from multiple third-party sources, so we feel comfortable in our statements.”

In addition to the rise of plant-based diets, the company also highlights an aging population as a reason for the vitamin receiving increasing levels of attention. Currently, the common supplemental form of B12 is cyanocobalamin, which is synthetic. Wittbjer notes that many consumers want to get their nutrition from whole food sources. “For them, a synthetic source is not an option. There are others who just don’t like consuming cyanocobalamin and yet others who prefer to consume the bioactive forms that the body doesn’t need to synthesize first.”

The company hopes that the “last reason against plant-based eating – that plants don’t contain B12 – will now be debunked.” Wittbjer notes that this could spur on product development in plant-based options.

In addition to B12, the water lentil has been referred to as the world’s most complete food source as a result of the high levels and quality of protein, vitamins and minerals in the plant. The rapidly growing water lentil crop can double its biomass in a matter of days, which leads to high yields and a scalable option for the exploding plant-based movement.

Last summer, Parabel announced it is preparing for the commercial production of its colorless water lentil hydrolysate ingredient, Lentein, scheduled for the end of this year. The functional ingredient contains 65-70 percent hydrolyzed protein for use in meat analogs, in addition to offering a complete amino acid profile. The company has also been developing a plant-based milk.

Gene-edited crops, such as tomatoes rich in vitamin D3, may soon be on English supermarket shelves following a bill that will be introduced tomorrow. Departure from the... Read More

FutureCeuticals’ mineral complex for joint health – FruiteX-B – is now available for commercial use in the EU through the distributor Vaneeghen. It... Read More