You are in : All News > Plant-based meats associated with gut improvement in study of Meatless Farm’s alternatives 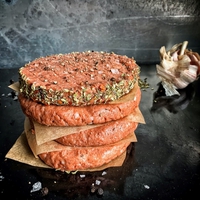 08 Sep 2021 --- The Meatless Farm’s pea, rice and soy-based plant-based meat alternatives (PBMAs) have been linked with promoting positive changes in the gut microbiome. This is according to an independent UK study that has challenged the definition of ultra-processed foods.

“People tend to have a negative impression of ready-made or convenience foods,” study co-author Miguel Toribio-Mateas of School of Applied Sciences, London South Bank University, tells NutritionInsight. Along with Adri Bester, he founded the Bowels and Brains Lab.

Bester adds that sometimes these perceptions of ready-made foods are warranted as they can contain large amounts of sugar, salt, fat and calories while offering poor nutritional value – some of the criteria for classifying products as “ultra-processed.”

“However, our hypothesis was that all products require some kind of manufacturing process, including PBMAs, and that this doesn’t necessarily make them ultra-processed foods by default. We argued that the quality of the ingredients used to manufacture those products plays a big role in supporting health.”

The researchers further posit that the potential for a PBMA product to promote either eubiotic or dysbiotic changes in the gut microbiota of consumers lies in the nutrient profiles of each of its individual ingredients. 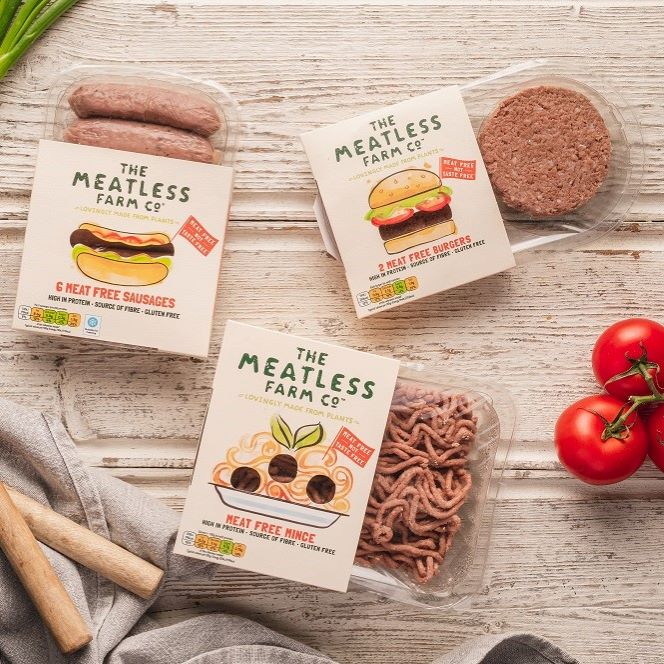 Objective answers
The examination of 39 participants revealed small but statistically significant changes in the presence of butyrate-producing pathways. This was mainly the 4-aminobutyrate/succinate and glutarate pathways in the intervention group, in addition to a consistent increase in the joint abundances of butyrate-producing taxa.

“Humans tend to experience emotional responses around food, but bacteria provide us with an objective answer that isn’t influenced by ideology,” says Bester.

The scientists confirm that the PBMA products provided to participants in the intervention group elicited changes in their gut microbiota that are consistent with eubiosis, i.e., “a healthy gut microbiome.”

This means that the occasional replacement of animal meats with PBMA products seen in flexitarian dietary patterns may promote positive changes to the gut microbiome of consumers.

Individual ingredients’ impacts
While The Meatless Farm donated its plant-based mince, burgers, sausages, sausage patties and meatballs for the study, it was otherwise uninvolved in the investigation.

Bester explains that the company contacted the Bowels and Brains Lab as it was seeking real-world evidence on the impact of its products on the microbiome of consumers.

The researchers also emphasize that it is noteworthy that the intervention products are products on the market and not products manufactured solely for the purpose of the study.

However, the prebiotic effect seen in the trial can only be associated with the nutritional profile of The Meatless Farm products.

“The PBMA product category includes a diverse variety of plant bases. Consequently, there will be expected nutritional differences among products and product categories, especially with regards to the amount and types of fiber and polyphenols contained in each product,” says Toribio-Mateas.

The diversity of the ingredients in each product also plays a big role because fibers and polyphenols, when present as a diverse bundle, act in synergy with each other. This makes the end result more than the simple sum of the outcomes from the bacterial metabolism of each individual ingredient.

“Additionally, yeast extract is a commonly used flavoring in meat analog products for its meaty notes, and has potential prebiotic, probiotic and paraprobiotic effects that depend on the manufacturing process,” details Bester. The researchers emphasize that some PBMAs may be less healthy than others.

Clean label enough?
The researchers also observe that some are starting to question the health benefits of plant-based alternatives, with a clean label plant-based movement coming into sharper focus. Indeed, the meat analog industry has seen calls for better transparency amid concerns about sodium and protein levels.

In April, an expert from Impossible Foods emphasized that the company’s meat analogs’ nutritional value should not be compared against a kale salad or a lentil soup, for example.

“In our own trial, we lost potential participants once they saw the ingredient labels of the intervention products. These were people who follow a whole-food plant-based diet and they didn’t think that the products were ‘clean enough’ for them,” explains Toribio-Mateas.

However, he says that by creating formulations focusing on specific attributes consumers seek when choosing healthy foods, plant-based products have an opportunity to remain relevant to the market for the longer run.

Greenlighting occasional consumption
The researchers hope that the results will contribute positively to new product development of PBMAs, not only by The Meatless Farm, but by all PBMA manufacturers.

Bester also emphasizes that the conclusion of the study is not that everyone should be eating PBMAs to improve their microbiome.

“Rather, it’s that PBMAs have emerged as products that have attracted a huge interest in consumers and that if someone was to replace animal-based sausages, burgers or meatballs with PBMAs occasionally (as in our study, which averaged five meals a week with PBMAs), that’s actually okay from a gut microbiome perspective.”

In June, The Meatless Farm launched its debut retail investor funding round for expansion and working toward being a regenerative company.