You are in : All News > Omega 3 not recommended for diabetes, finds WHO-commissioned review 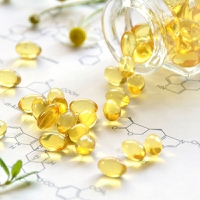 22 Aug 2019 --- Increasing omega 3 consumption has little or no effect on the risk of Type 2 diabetes, according to research from the University of East Anglia. The World Health Organization (WHO) commissioned this systematic review ahead of the imminent update of its dietary guidance on fats. Other measures of diabetes risk – including blood glucose, insulin and glycated hemoglobin – were unchanged by fish oil consumption. The researchers maintain that people should not be encouraged to take omega 3 oil supplements for the prevention or treatment of diabetes.

“Many people choose to take fish oil for a variety of health reasons. The intake of long-chain omega 3 fats in the US is higher from supplements than from foods. Some people with diabetes may be prescribed these supplements to reduce levels of triglycerides in their blood. This appears to neither benefit nor harm their diabetes risk or glucose metabolism. Individuals would be better off spending the money on something more positive – a fun physical activity or some delicious and healthy food,” one of the study authors, Lee Hooper, Ph.D., from UEA’s Norwich Medical School, tells NutritionInsight.

The review includes the results of 83 randomized controlled trials involving 121,070 people with and without diabetes. The participants include men and women from North America, South America, Europe, Australia and Asia in studies published from the 1960s until 2018.

Click to EnlargeThere was some evidence that high doses of omega 3 have negative effects on diabetes risk and glucose metabolism.“We were excited – and slightly daunted – when WHO Nutrition Guidance Expert Advisory Group asked us to assess the health effects of omega 3, omega 6 and total polyunsaturated fats on a broad swathe of health outcomes including mortality, cardiovascular disease, body weight, cognition, depression, cancers and inflammatory bowel disease,” Hooper continues.

Additionally, over 58,000 participants were told either to increase their polyunsaturated fats or to maintain their usual intake for at least six months. Four percent of all the participants eventually developed diabetes, but there was no risk difference between the different groups. While there was insufficient information about ALA, omega 6, or total polyunsaturated fats having protective or harmful effects, there was clearly no diabetes-related effect of increasing long-chain omega 3 fats.

The researchers also found evidence – albeit weak – that that high doses of long-chain omega 3 fats (more than 4.4g per day) may have negative effects on diabetes risk and glucose metabolism. “If people do choose to take supplementary fish oil capsules to treat or prevent diabetes, or to reduce levels of triglycerides in their blood, then they should use doses of less than 4.4 grams per day to avoid possible negative outcomes,” says Hooper.

She adds that she was hugely relieved not to see significant amounts of harm come from consuming large amounts of omega 3. “There have been worries about the negative effects of long-chain omega 3 on diabetic risk and control. Some experimental studies have suggested that omega 3 supplementation and diets high in PUFA and omega 3 raise fasting glucose. Pollutants such as methylmercury and polychlorinated biphenyl levels exceeding recommended thresholds are rarer now, but have been reported in seafood and fish oil supplements.”

Omega 3 supplements for other applications
The study’s set of systematic reviews has so far assessed effects of fish oil supplements and the other fats on diabetes, risk of death from any cause, heart disease and other cardiovascular diseases like stroke, body weight, serum lipids (cholesterol and triglycerides) and musculoskeletal outcomes. “There appears to be little or no effect of fish oil supplements on any of these outcomes except for blood triglycerides – fish oils are good at reducing triglycerides in those with raised levels,” Hooper concludes.

Earlier this week, the American Heart Association (AHA) found that prescription omega 3 fatty acid medication reduces triglyceride levels by 20 to 30 percent among the majority of people who require treatment for high levels of these fats. However, the AHA cautioned that there is a lack of scientific research to support the use of omega 3 in supplement form to prevent heart disease in the general population.

Despite the lack of effect on diabetes, omega 3 is still far from redundant. The nutrient has gone mainstream, with R&D bolstered by new extraction and delivery forms, as well as animal-free options. Omega 3’s positioning has continuously grown over time, according to Innova Market Insights data, demonstrating a 10.8 percent average annual growth pattern between 2013 and 2017.

11 Jan 2021 --- Qualitas Health has landed US$10 million in venture funds at a US$73 million post-money valuation. The algae specialist offers omega 3 products via its Iwi brand... Read More

22 Dec 2020 --- Omega 3 supplements do not raise cholesterol, according to US researchers. The findings dispel suggestions from a number of previous studies that show “bad... Read More

16 Dec 2020 --- Norwegian marine oil manufacturer Epax has been awarded an 8 million Norwegian Kroner (US$918,000) grant for research into applications of omega 3 fatty acids in... Read More