You are in : All News > What’s driving the omega space? Extraction, delivery forms and animal-free options spur R&D 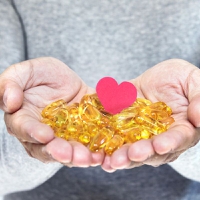 21 Aug 2019 --- Omega 3 has moved into the mainstream track of supplements, but it is vital to maintain positive momentum to prevent consumer fatigue, or even apathy. This is according to experts in the field, who note that the robust health benefits that omega 3 is associated with have driven its success. However, maintaining its clinical backing is imperative, as is continued commitment to respond to the far-reaching animal-free trend, to which omega is no exception.

The omega family has a strong health halo. Despite omega-rich products being readily available in the grocery aisle – such as oily fish – there is a wide and thriving omega supplement market. According to the University of Maryland Medical Center, omega 3 fatty acids may help lower the risk of chronic diseases such as heart disease, cancer, arthritis and reduce inflammation.

“Omega 3 has now certainly reached the mainstream. Studies continue to suggest that many consumer segments, including the elderly and young adults, are not only aware of omega 3, but highly positive about its health benefits. Indeed, many consumers now consider omega 3 to be a standard supplement, like we think about multivitamins,” Dr. Christopher Studte, Director of New Health Ingredients at Evonik, tells NutritionInsight.

Fish-free omegaClick to Enlarge Despite omega-rich products being readily available in the grocery aisle – such as oily fish – there is a wide and thriving omega supplement market.
The rise of animal-free ingredients is tangible across categories in the food and beverage arena – and omega is no exception. Developing plant-based sources will not only deliver more supply stability to the omega 3 market in general, but also open up a whole new market by catering to those consumers who choose to avoid animal-sourced products, notes Studte.

Speaking to NutritionInsight, Maja Orešnik, S&R Director, PharmaLinea, echoes how some of the most exciting innovation in the space is occurring in the search for alternative omega sources. One such source is algae.

“Being the original source of omega 3 for fish, algae deliver eicosapentaenoic and docosahexaenoic acids (EPA and DHA) more efficiently. They can be grown easily and with good productivity, are free from pollutants and are suitable for vegan diets, which lack omega 3s the most,” she says.

Indeed, among the natural ingredients, microalgae is suited to meet consumer expectations due to its natural diversity, offering a richness of molecules that can be produced in a close-controlled and sustainable way. Algae is an original source of omega 3 fatty acids, and it does not rely on raw material obtained from wild fish stocks.

PharmaLinea is engaging with this space and has launched a liquid product with and algae-based source of DHA for children. Omega 3s have a lot to offer for healthy cognitive development in children, yet taste remained a major obstacle, Orešnik elaborates.

“We chose to invest heavily into the development of a product that is stable – oxidation being a major problem for omega 3 supplement stability – and that is tasty. Taste is the biggest obstacle for children’s products, which is our focus,” she explains.

However, it is important to note that these sources may not offer the same types of omega 3 that fish oils offer and regulatory hurdles are always possible with new sources and processes. However, big players have been attracted to the potential of this space.

In June, Veramaris, a joint venture of Royal DSM and German chemicals corporation Evonik, officially opened a US$200 million manufacturing facility located in Nebraska, US, for the commercial production of omega 3 fatty acids from natural marine algae.

The Veramaris facility’s initial production capacity of omega 3 fatty acids is equivalent to that derived from 1.2 million tons of wild-caught fish. This will meet around 15 percent of the global salmon farming industry’s annual demand for omega 3 fatty acid – a significant contribution to conserving aquatic biodiversity, notes the partnership.

Meanwhile, in a bid to bring microalgae-based natural solutions for nutrition and wellbeing to market, French company Microphyt has raised €28.5 million (US$32 million) to further develop its portfolio. The funds will allow Microphyt to commercialize its range of natural products for nutrition and personal care and to build its production capacity and proprietary microalgae culture technology, as well as increasing production capacity of the company’s industrial platform.

Earlier this year, Archer Daniels Midland Company (ADM) unveiled a new line of DHA/EPA blends containing omega 3, 6 and 9, which offers benefits that can help support cognitive, heart, immune system or eye health. Coined Onavita Algal DHA and Almega EPA, the new blends were created in collaboration with Qualitas Health, a leader in algae cultivation. Click to EnlargeAside from building the capacity to offer animal-free omega sources, the industry is also investing in the extraction of omega.

Supply chain optimization: Extraction to delivery
Aside from building the capacity to offer animal-free omega sources, the industry is also investing in the extraction of omega. The most exciting facets of this, according to Orešnik, revolve around using enzymes instead of solvents, which is far more sustainable – and useful for product stability.

“The joint effort enables the entire chain to deliver stable value to the end-user. This is really encouraging to see. PharmaLinea’s development is thus better armed to ensure stable amounts of the ingredients in the end of the shelf-life, and we were, therefore, able to dedicate more time and focus to solving the greatest challenge – taste.”

GEA is offering technologies to accompany start-ups and algae producers and help them to meet strict industry standards and to overcome collection and processing barriers in the “from algae” omega space.

The company is touting its separators and decanters, each with distinct advantages specific to algae type and cultivation conditions, for the concentration process. While for the processing of red and green microalgae, GEA homogenizers are ideal, as they deliver the extremely high-quality raw material required for food and vitamin supplements as well as biomaterial or bioplastics.

Taste is a common hurdle that requires overcoming in the algae space – especially when it is derived from fish oil. Solutions include using different delivery forms, such as omega 3 powders, or applying nutraceutical coating technologies. A further delivery form concern, according to Studte, is bioavailability.

“The development of enhanced delivery solutions for omega 3 is critical. Our main industry objective must be to improve bioavailability. At present, if a consumer takes a standard ethyl ester-based omega 3 supplement on an empty stomach, such as before breakfast, research has shown that they will absorb very little omega 3. With the development of [our product] AvailOm, we can now improve levels of omega 3 absorption within the gut by three to four times irrespective of whether the consumer has fasted,” he explains.

AvailOm is an advanced, highly concentrated powder-form of omega 3 which the company touts as more bioavailable than standard omega 3 softgels and highly resistant to oxidation.

Such developments suggest that R&D and new innovation will continue to drive the increasingly popular omega trend forward. Ensuring that consumer health benefits match what is advertised on the metaphorical tin can serve to  boost consumer trust significantly.

20 Apr 2021 --- Aker BioMarine is spotlighting krill oil as a dietary supplement that meets a surge in consumer demand for products that support overall health and... Read More