You are in : All News > Omega 3, antioxidants key in slowing age-related inflammation: report 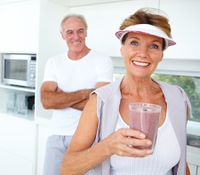 09 Oct 2017 --- A group of experts believes evidence exists in the elderly for omega 3 fatty acid, probiotic, prebiotic, antioxidant and polyphenol interventions as a means to influence “inflammaging” – aging characterized by increased levels of inflammatory markers in the bloodstream – and to boost healthy aging.

The enhanced inflammation tone of “inflammaging,” also designated as low-grade inflammation, is associated with the age-related decline of many functional systems and with an increased risk of sickness, poor well-being and mortality.

Nutritional strategies deal with “inflammaging”
In the just-published article commissioned by the ILSI Europe Nutrition, Immunity and Inflammation Task Force, experts determine the potential drivers and the effects of the “inflamed” phenotype observed in the elderly, and discuss the possibility of modulating LGI in the aging population by applying nutritional strategies.

Slowing, controlling or reversing LGI is likely to be an important way to prevent or reduce the severity of age-related functional decline and the onset of unfavorable health conditions, according to ILSI Europe.

Since microbial imbalance plays a role in sub-optimal human metabolism and is linked to impaired immune and brain functions associated with aging, there is probably a key role for nutrition in influencing health and well-being through microbiota-mediated effects, ILSI Europe adds. In addition, many dietary components may affect inflammation directly.

Fight inflammation to fight decline
Inflammation, a normal component of host defense, is beneficial as an acute, transient reaction to harmful conditions, facilitating the maintenance of host physiology. However, chronic and low-grade inflammation (LGI) is detrimental for many tissues and organs.

Ageing is characterized by an increase in the concentration of inflammatory markers in the bloodstream and this is associated with increased risk of disease and poor well-being. Prevention or control of “inflammaging” therefore seems to be an attractive target effect for healthy food or food ingredients.

“With an increasing number of older people in our populations we need to identify targets in order to prevent age-related functional decline so that people can live a healthier and happier life,” comments Professor Philip Calder, University of Southampton (UK).

“This report clearly identifies the role of low-grade inflammation in the aging process,” Calder continues. “Further, it highlights several nutrition-related strategies that might prevent, control or even reverse the inflammation of aging.”

Inflammation is toward the top of the list of problems that products targeted at “silver consumers” may have to deal with. These consumers’ needs were discussed at Vitafoods 2017 Asia in a panel discussion that covered other subjects of concern to the “silver consumer” like heart health and vitamin D.

25 Feb 2020 --- This year will see a taxonomic reclassification of the Lactobacillus genus take place, which will mean numerous commercial species currently sold as belonging to... Read More