You are in : All News > Obesity therapies: Link between fatty diets and gut immune system offer potential pathways, says research

14 Aug 2019 --- A high-fat diet can weaken the gut immune system and lead to insulin resistance and, ultimately, diabetes. This is according to new research published in Nature Communications, which showed how a high-fat diet influences one component of the gut immune system called B cells, specifically those that produce a protein called IgA. This class of antibodies regulates pathogenic bacteria and protects against a “leaky gut” and additional complications of obesity. These findings could be used to develop therapies that boost IgA in the gut, as well as creating new prevention strategies, the research team shared with NutritionInsight.

“Combining our findings from this study with prior investigations can help to better define what types of bacteria are beneficial and how they need to be regulated in a suitable environment to maximize their therapeutic outcomes in diabetes,” says the team, which includes Dr. Dan Winer, Scientist at the Toronto General Hospital Research Institute and the Department of Pathology at University Health Network (UHN), and two of his graduate students, Helen Luck and Saad Khan.

It is generally thought that during obesity, the immune system causes inflammation as it responds to components of bacteria that “leak” through the intestinal tissue. This then drives insulin resistance, which predisposes people to diabetes.

IgA is naturally produced by our bodies and is crucial to regulating the bacteria that live in the gut. It acts as a defense mechanism that helps neutralize potentially dangerous bacteria that take advantage of changes to the environment, such as when we consume an imbalanced or fatty diet, explains Luck.

Click to EnlargeResearchers Dr. Dan Winer and Helen Luck (Source: UHN).“Prior to our study, it was not known if B cells of the gut play a role in obesity and insulin resistance. One very interesting finding that we didn’t expect was that gut IgA B cells on their own could influence the metabolic disease and manipulate the types of bacteria in the gut. We found this through performing immune cell and bacteria transfer experiments,” the team says.

To explain this in more detail, the researchers transferred gut B cells that lacked the ability to make an antibody called IgA into mice that genetically lacked all B cells. They were discovered to have worse insulin resistance and blood sugar levels compared to mice that received normal gut B cells.

“When we genetically sequenced the gut bacteria from the mice that received gut IgA lacking B cells, we found that their gut microbiota was similar to the donor mice (IgA deficient mice). These findings represent the first direct evidence that IgA producing B cells control the gut bacteria during a high-fat diet with an impact on blood sugar regulation,” the researchers continue.

The lab had been focused on immunometabolism – the interaction between the immune system and insulin resistance or metabolic disease – for a long time. “More recently, we were interested in narrowing our focus to the immune cells within the gut since it interacts closely with our diet, the bacteria in our gut, as well as being a connection to the rest of our body’s immune system. This work builds on our previous work that another immune cell type, T cells, in the gut can trigger a low-grade chronic inflammation and contribute to overall insulin resistance in the body,” they say.

This led the team to study what happens to other immune cells in the gut, including B cells, which then led them to determine if there were changes in IgA. “IgA represents a direct link between how our immune system interacts with bacteria in the gut and thus was a promising immune target to study.”

Potential for obesity-related therapies
The researchers note that they are increasingly seeing similarities between what happens to the gut immune system during obesity and other more severe gastrointestinal inflammatory diseases. “As the research in this area grows, there will be opportunities to draw connections between what works – and how – in other GI disorders. We will also be able to consider them from a metabolic disease perspective as well,” they note. 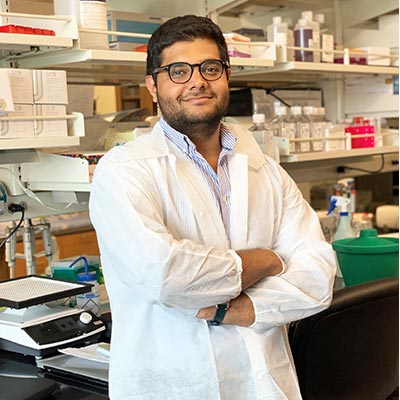 The team now plan to continue their research into how IgA impacts the gut bacteria during obesity, insulin resistance and Type 2 diabetes. The goal is to help develop better probiotic formulations and new innovative immunological approaches to target gut bacteria to control blood sugar, they say.

“Further research is needed to better categorize how IgA and IgA bound bacteria in the gut change in different cohorts of people, and whether human selective IgA deficiency is linked to predispositions in weight gain or poor blood sugar control. Research can also look at opportunities to naturally boost IgA to help regulate the microbiota such as through macro and micronutrients in our diets,” the research team concludes.

29 May 2020 --- FrieslandCampina Ingredients is launching Biotis GOS, a galactooligosaccharide prebiotic, along with a health benefits platform, which is also called Biotis. The... Read More

28 May 2020 --- Human milk oligosaccharides (HMOs) may inhibit the binding of noroviruses to human receptors, according to recent results from Jennewein Biotechnology’s... Read More

26 May 2020 --- The microbiome’s importance in supporting overall health and wellness is continuously highlighted, with experts flagging its potential in ameliorating stress... Read More