You are in : All News > Orthorexia: Is social media cultivating an unhealthy cult of healthism?

Orthorexia: Is social media cultivating an unhealthy cult of healthism? 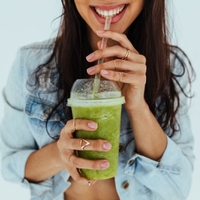 15 Aug 2019 --- First defined in 1997, orthorexia nervosa is a putative eating disorder vying for a place in the Diagnostic and Statistical Manual of Mental Disorders (DSM), roughly meaning “eating right.” Published in Medical Humanities, Dr. Cristina Hanganu-Bresch writes that the consequences felt by sufferers of the disorder are very real and debilitating. How far it can be classified as an official disorder, however, is unclear due to a lack of extensive clinical studies and clear symptoms. In the paper, Dr. Hanganu-Bresch considers there to be a correlation between the ascent of the condition and the rise of social media health pages.

Dr. Cristina Hanganu-Bresch describes how orthorexia is a pathological manifestation of “healthism.” Healthism is the neoliberal belief that the individual is responsible for his or her own health. This neglects the role of outside forces such as socioeconomic status, genetic factors, environmental and work-related factors, accidents and so on.

Steve Bratman, who coined the term “orthorexia nervosa,” described how sufferers – in extreme circumstances – can hold an obsession with the right, pure, or “clean,” sort of eating that can lead OCD-like behaviors. These, in turn, can impact the overall physical and psychological health of an individual.Could social media pose a risk to our health?

In this way, the pursuit of absolute “clean” health can, in fact, result in unhealthy outcomes, such as malnutrition, disease, maladaptive social behavior and social isolation.

Is it a mental illness?
Dr. Hanganu-Bresch writes in her paper that it is less relevant at this point to wonder whether orthorexia is a “real” mental disease. Instead, she posits that it should be understood that the behaviors that fall under the orthorexia umbrella are very real and have consequences.

Speaking to NutritionInsight, she suggests that it could be seen as a mix of symptoms of other diagnoses. It bears many similarities to classified disorders around eating, such as bulimia and anorexia and overeating, for example.

“However, where the three major eating disorders display ‘a consistent disregard for bodily needs,’ orthorexia, paradoxically, errs in the opposite direction: Sufferers are too preoccupied with the exact micronutrient formula that would address physical deficiencies or improve bodily health.”

She further notes that “clinical researchers persist in studying this phenomenon, or whatever this is. We could call it an extreme eating behavior. It deserves to be researched, if only to figure out how we can help those who are afflicted by it.”

She explains that orthorexia is a cyberpathy: meaning, a pathology transmitted via the Internet. While the rise of anorexia, for example, was linked to the focus of fashion on extreme thinness, sufferers of orthorexia are more likely to follow health accounts on Facebook, Twitter and, most crucially, Instagram. 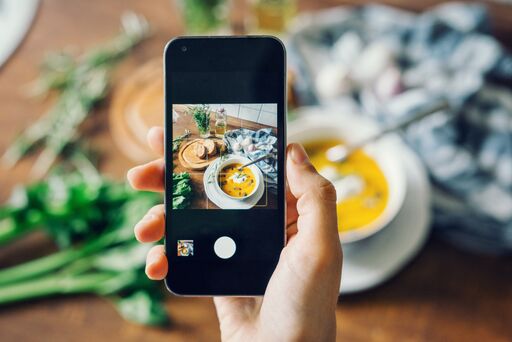 “Its future medical classification status notwithstanding, orthorexia as a cyberpathy filling a neoliberal ecological niche is relevant as a contemporary cultural pathology colonizing our healthist habitus,” she writes in the paper.

Such health accounts often promote mottos such as “Healthy is the new thin,” while the perfect embodiment of “health” is still very much around looking thin.

An example used in the paper from a recovering orthorexic recounts the praise she got for her diminishing size after she started a severely restrictive diet.

She says, “Unfortunately, in our society, thin is congratulated. The word thin is packaged in more empowering language, with Instagrammers using candy phrases like ‘I am happy and grateful’. But they just want to look great in their bikinis. I got sucked up by Instagram, and couldn’t help but compare myself.”

“Media has long been recognized as a factor in the ‘social contagion’ or transmission of eating disorders such as anorexia and bulimia; the Internet and social media in particular exponentially increases the velocity of this transmission,” Dr. Hanganu-Bresch adds.

She also uses the example of the case of Jordan Younger, which attracted mainstream attention.

“She is a wellness blogger, instagrammer, and social media star who wrote a memoir. In it, she admitted that her obsession with clean eating, which in her case was vegan, raw and juice-only cleanses, led to her orthorexia in 2015. The story was widely featured in the media and it helped with the recognition of the term.”

Moving forward
In May, research by York University’s Faculty of Health, in Ontario, Canada, found that individuals who have a history of eating disorders, obsessive-compulsive traits, dieting, poor body image and a desire to be thin are more likely to develop orthorexia.

Individuals who have a history of eating disorders and a desire to be thin are more likely to develop orthorexia. These researchers say that developing a consistent definition of orthorexia nervosa will make it easier for health researchers to develop reliable measures and provide better diagnosis and treatment of the condition.

Indeed, Dr. Hanganu-Bresch explains that it should only be recognized in standard psychiatric manuals for healthcare providers if there is enough evidence.

“Needless to say, until we have a truly reliable tool, and some sort of treatment plan and prognosis for this disease, it is very unlikely this will be included in the DSM.”

“The other issue with the diagnostic is that it still seems to be a combination of symptoms of other disorders – anorexia nervosa and OCD, in particular. It’s not clear that treatment for those conditions would also apply to orthorexia, though,” she says.

It could be that we live in a time that has primed the rise of orthorexia. It may be enabled the unique cultural, social, and economic factors particular to our contemporary Western societies. Here, an abundance of foods, an elevated aversion to risk, healthism, a high-velocity news cycle, and the ease with which half-baked nutrition science gets circulated all conspire to create the ideal conditions for orthorexia, Dr. Hanganu-Bresch concludes.

Despite a “growing consensus” in the scientific community that specialized infant formula cannot reduce risk of allergies, products with such claims are... Read More

The global rise in the red and processed meat trade over the past 30 years has been linked to a sharp increase in diet-related illnesses, finds an analysis published in... Read More

Flavor and fragrance titan Givaudan has unveiled an ashwagandha infusion, tapping into the COVID-19-induced megatrend for mood-enhancing F&B products. The liquid... Read More