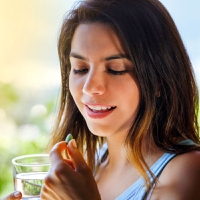 This is according to a Cocoa Supplement and Multivitamin Outcomes Study (COSMOS) conducted by US-based Brigham and Women’s Hospital – an affiliate of Harvard Medical School.

During the study, over 21,000 people were randomly assigned to consume 500 mg cocoa flavanols daily capsules (donated by Mars Edge), a multivitamin pill (donated by GSK Consumer Healthcare), neither or both.

“When we look at the totality of evidence for both the primary and secondary cardiovascular endpoints in COSMOS, we see promising signals that a cocoa flavanol supplement may reduce important cardiovascular events, including death from cardiovascular disease,” says Howard Sesso, associate professor of medicine at Harvard Medical School.Foods that contain flavanols (Credit: Mars).

“These findings merit further investigation to better understand the effects of cocoa flavanols on cardiovascular health.”

The Council for Responsible Nutrition (CRN) is applauding the results. “This new supplement research paves the way to improved understanding of nutrition’s role in human health,” says Steve Mister, president and CEO at CRN.

Propelling innovation
Despite not being a study focus, the composite outcome of serious cardiovascular events (heart attacks, strokes and cardiovascular deaths) was significantly reduced.

The researchers note that their promising findings on cocoa flavanols and cardiovascular events should be interpreted with caution and that more research is needed.

“The promise cocoa flavanol shows for reducing cardiovascular disease warrants more study and follow-up time. Groundbreaking research like COSMOS and future research on bioactives like flavanols are the types of science that will propel innovation for the supplement industry and push forward the possibilities in supporting consumers’ health,” adds Mister.

Health benefits of flavanols investigated
Consuming cocoa flavanol supplements resulted in a 10% reduction in total cardiovascular events, with researchers noting this is not statistically significant.

In addition, the study aimed to see if a standard multivitamin could help prevent cancer and heart disease. The researchers found that the multivitamin did not impact these two areas.The “first” large-scale trial showcases that cocoa flavanols could have protective cardiovascular effects.

“COSMOS was not a chocolate trial – rather, it’s a rigorous trial of a cocoa extract supplement that contains levels of cocoa flavanols that a person could never realistically consume from chocolate without adding excessive calories, fat and sugar to their diet.”

COSMOS was supported by an investigator-initiated grant from Mars Edge, a Mars segment dedicated to nutrition research and products.

Limitations in determining cancer risk
The duration of the study was deemed too short to determine whether the supplements impacted cancer risk. A daily multivitamin enhanced the levels of various nutritional biomarkers, but it did not affect total invasive cancer.

Flavanols from cocoa also showed no influence on overall invasive cancer. Continued monitoring of COSMOS participants, according to the authors, may assist in clarifying any long-term impacts on cancer and death.

“Although our study suggests intriguing signals for cardiovascular protection with cocoa flavanols, any health benefits from taking these supplements will need confirmation in a future trial,” says Manson.

“Our message for consumers is to eat a healthy, balanced diet, rich in natural food sources of flavanols and stay tuned as we further evaluate other important health outcomes in COSMOS,” adds Sesso.

COSMOS is also being used by the researchers and collaborators to look at cognitive decline, falls, eye disease, and other aging-related outcomes that the supplements could influence.

GlaxoSmithKline (GSK) is demerging to create an independent consumer healthcare company dubbed Haleon. The company will be listed in mid-2022 to include global brands... Read More

This week in nutrition news, Chr. Hansen met its expectations of delivering 7% organic growth for the 2020/21 period. The growth is reflected by the company’s... Read More

Swiss-based Nestlé has maintained its number one position in Access To Nutrition Initiative (ATNI)’s Global Index – a ranking of food and beverage... Read More