You are in : All News > Mars study finds flavanols may lower blood pressure, intervention trial warranted

22 Oct 2020 --- People who consume a diet rich in flavanols could experience lower blood pressure, according to a new Mars-backed study. Flavanols are bioactive compounds found in tea, berries, cocoa and other foods and beverages.

The studies authors suggest that, due to the findings, if the general public increased its flavanol intake, there could be an overall reduction in cardiovascular disease incidence.

The research, which analyzed the diet of more than 25,000 people, was supported with an unrestricted grant from the confectionery giant, Mars Incorporated.

Mars has recently added a new personalized nutrition segment to the company called Mars Edge, which focuses on evidence-backed products to improve health, wellness and nutrition.

The study, published in Scientific Reports, is touted for being the first epidemiological study of its scale to objectively investigate the association between a specific bioactive compound and health. Previous studies relied on participants reporting their diet.

Click to EnlargeTea and berries are rich sources of flavanols.An international team from the University of Reading, Cambridge University, the University of California Davis and Mars studied 25,618 participants from the European Prospective Investigation into Cancer (EPIC) Norfolk study.

This is comparable to meaningful changes in blood pressure observed in those following a Mediterranean diet or the medium sodium intake in the DASH sodium trial.

Confirming the benefits of flavanols
Professor Gunter Kuhnle, a nutritionist at the University of Reading who led the study, notes that the research provides an “objective finding on the association between flavanols and blood pressure.”

“This research confirms the results from previous dietary intervention studies and shows that the same results can be achieved with a habitual diet rich in flavanols. In many UK diets, the main sources are tea, cocoa, apples and berries,” he explains.

“The methodology of the study is of equal importance. The development, validation and application of the biomarker were only possible because of the long-term commitment of all collaborators,” he further adds.

In contrast to self-reported dietary data, nutritional biomarkers can address the huge variability in food composition.

“We can therefore confidently attribute the associations we observed to flavanol intake,” says Kuhnle.

A boost for cocoa consumption?
Notably, two Mars employees were co-authors on the study, which confirmed certain health benefits from flavanols. 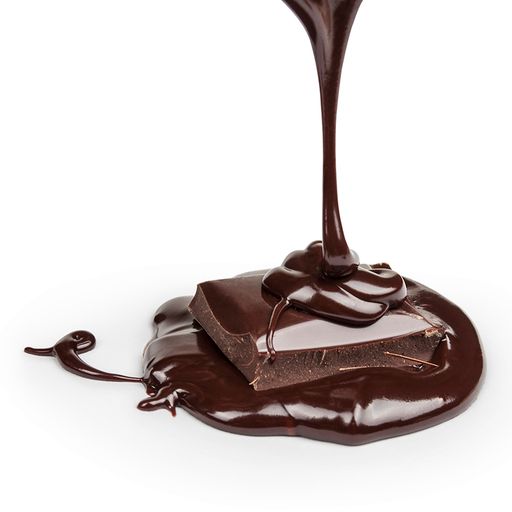 Click to EnlargeThe main sources of flavanols in the British diet are tea, cocoa, apples and berries, according to Professor Gunter Kuhnle at the University of Reading.

Hagen Schroeter, chief science officer at Mars Edge notes that the scale of the study was was impressive for understanding the role of flavanols.

“This study adds key insights to a growing body of evidence supporting the benefits of dietary flavanols in health and nutrition. Perhaps even more exciting was the opportunity to apply objective biomarkers of flavanol intake at a large scale,” he maintains.

Limitations of the study
However, Dr. Ian Johnson, nutrition researcher at Quadram Institute Bioscience, who gave an external expert opinion on the study, comments that were some limitations.

“For all its strengths, this observational study cannot establish a causal effect of flavonoid intake at the population level,” he says.

He further explains that conclusions may be drawn too hastily, as the study’s authors themselves have suggested that “large-scale intervention trials will be required to test the hypothesis that the observed differences in blood pressure can be explained by differences in flavonoid intake.”

Lastly, Johnson comments: “In this particular population, there was no evidence of protective effects of flavonoid intake against the risks of cardiovascular disease, cardiovascular-related death, or of all-cause mortality.”

24 Nov 2020 --- Some of the largest food companies have joined forces to slam UK government proposals that could see online junk food ads – including products high in fat,... Read More

20 Aug 2020 --- Consumers seeking out the health benefits of dark chocolate while maintaining the sweetness and softness of milk varieties may one day be able to access just that.... Read More