You are in : All News > “Limited only by imagination”: Umami applications aid salt reformulation naturally, says KHNI 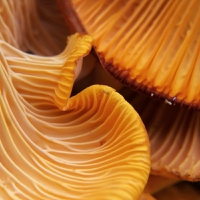 26 Sep 2019 --- Umami could be key in salt reformulation and clean label efforts, as well as in creating more appealing senior nutrition diets. This is according to a white paper from Kerry Health & Nutrition Institute (KHNI) entitled Umami: The Taste that Perplexes. Coined the fifth flavor, its taste is caused by glutamates and describes a savory note often found in meat, tomato, cheese, mushroom and fermented food. However, many consumers avoid monosodium glutamate (MSG) – the prototypical umami stimulus – due to a misguided association with various ailments.

“A popular misconception among the public is that MSG can cause feelings of discomfort and also headaches. However, most blinded studies fail to find evidence confirming these reactions. MSG has generally recognized as safe (GRAS) status from the US Food and Drug Administration (FDA) while the EU permits glutamic acid and its salts (including MSG) in most food categories in limited quantities as a food additive,” Kay Marshallsay, Technology Business Development Director for Savory Taste at Kerry, tells NutritionInsight.

While MSG’s sodium component gives it a salty taste, glutamic acid is produced once contact is made with saliva and elicits a sour taste. This means that the true umami flavor should be viewed as an integrated sensation requiring multiple mechanisms, notes the paper.

Additionally, other regions have a less stigmatized view of the compound, with South Korean consumers viewing MSG as a “positive image of conveniently making food delicious – adding umami to food boosts its flavor,” according to Veronica Dong, Kerry’s Strategic Marketing Manager for Taste in the Asia-Pacific, Middle East and Africa.

Although MSG itself contains sodium, other forms of glutamates could prove critical in salt reformulation. “Salt is a flavor enhancer that many people are used to. Unfortunately, excessive salt consumption can cause health issues and a reduced sodium diet is recommended for many people. In reduced sodium foods, adding some umami sources may provide enhanced taste, flavor and aroma without extra salt. Umami can enhance flavor in sodium-reduced diets, primarily when the umami source doesn’t add additional sodium,” Marshallsay explains.

Tapping into natural and clean label
There is now a secular clean label trend to applying more natural, food-cupboard ingredient sources to bring umami to many different foods and beverages, Marshallsay continues. “The potential of umami is limited only by the imagination of product developers, often combined with the knowledge of their ingredient supplier as to what potential natural solutions are available.”

Marshallsay also notes that although glutamate probably could be replicated through chemistry, the dominating trend in food and beverages is toward more natural and clean label ingredients. A “manufactured and artificial free glutamate would go against this trend. Consuming glutamate in the many foods and ingredients it is naturally present in is the way to go.”Meat, tomato, cheese, mushroom and fermented food all have strong umami flavor.

Good for the old and the young
Umami also taps into the senior nutrition space, as well as other groups with impaired taste and smell, and where a lower sodium diet is necessary. It is able to provide a more savory and tasty food experience while reducing added salt, Marshallsay notes.

As people age and the olfactory senses become less sensitive, appetites often are diminished. This is also at a time of life where the body needs more nutrients like protein. A study recently found that poor overall diet quality is linked to an increasing risk of becoming frail in senior life. Various companies have addressed this, with the dairy-derived solutions such as Valio’s milk powder being widespread.

“The addition of ingredients containing umami may play a role in keeping dishes appealing to aging populations with diminished senses, which could help improve appetite and, as a result, the health of tissues like bones and muscle,” continues Marshallsay.

“When food doesn’t taste as good, you can lose interest. By enhancing the flavor and taste of many different foods, umami helps encourage older people to get enough of the calories, protein and nutrients they need to consume on a daily basis,” she adds.

At the other end of the age spectrum, glutamate is also the most common amino acid in human breast milk and increases during the first three months of lactation. This means that umami may be a stimulant driving protein appetite and attraction to foods containing protein. Indeed, babies as young as two months old have umami tastes that are similar to adults, according to the paper.

Despite the importance of umami, the perception of it is less robust than other tastes. Even at a very high concentration, umami has a lower perceived intensity (as rated on a visual analog scale) than other tastes, and subjects are likely to correctly identify the quality than other taste modalities. However, repeated exposure can increase sensitivity.

Last year, a study found that consuming an umami-rich broth can cause subtle changes in the brain that promote healthy eating behaviors and food choices, especially in women at risk of obesity. This further highlights the potential health benefits of fully embracing the umami taste.

As consumers become increasingly knowledgeable about the ingredients they seek out in their supplements, industry must now be better prepared for transparency.... Read More

Scientists and industry alike are eyeing the possibility of remodeling dietary recommendations to include a daily recommended intake of live microbes, which contribute... Read More

With a drought sweeping across the Horn of Africa amid heatwaves across the globe, the World Health Organization (WHO) is issuing a warning on the impact of rising... Read More

Authorities in the US have approved the Global Malnutrition Composite Score that measures the rate of nutrition screening. The Centers for Medicare and Medicaid Services... Read More