You are in : All News > Lean microbiota: Gelesis research uncovers link between healthy gut microbiome and weight management 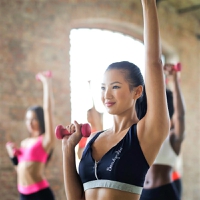 06 Jun 2022 --- Gelesis, maker of Plenity – an FDA-cleared weight management treatment – has presented new preclinical data evidencing its product’s efficacies. In particular, its research examines weight loss and additional metabolic benefits in mice receiving a microbiota transplant from another group of mice, treated with one of its proprietary hydrogels.

“This study provides strong evidence that the modulation of the gut microbiome by Gelesis’ superabsorbent hydrogel [Gel-B, an investigational candidate] likely plays a mechanistic role in the weight loss and metabolic impact of this intervention,” says Dr. Maria Rescigno, PhD, group leader of the Mucosal Immunology and Microbiota Unit at Humanitas University (Milan, Italy) and one of the lead investigators on the study.

The findings were presented at the American Diabetes Association’s annual conference.

They are taken by capsules with water before a meal to create a much larger volume of small, non-aggregating hydrogel pieces that act locally in the digestive system without adding any additional calories.

One of the hydrogels is commercially available under the brand Plenity to aid in weight management; others that utilize the same platform technology are in clinical and preclinical studies.

Alleviating detrimental diet effects
This new study aimed to investigate whether transferring the microbiota from Gel B-treated mice into the gut of mice fed a high fat, high carbohydrate, high cholesterol (HFHCC) diet for ten weeks could alleviate the detrimental effects of their diet.

The study used intestinal microbiota transfer (IMT) to investigate the functional role of the gut microbiota to explain the metabolic effects associated with Gel-B treatment. Metabolic disease was induced in two cohorts of mice (“Donors” and “Recipients”) via consumption of a high fat, high cholesterol, high carbohydrate diet for ten weeks.

Donors either continued HFHCC or were treated with HFHCC plus Gel-B for six additional weeks. Fecal samples were processed from Donors every other day during weeks two to six of treatment.

Importantly, an edible fiber (a modified cellulose), used as a positive control, did not support the growth of these species.

This same type of modified cellulose is used to create Gelesis’ proprietary hydrogels. The difference in bacterial growth between the linear fiber and the three-dimensional hydrogel suggests that the effects of the hydrogel on the microbiota are mainly mechanical (i.e. elastic response or firmness).

In previous studies, administration of one of these hydrogels, in addition to a high-fat diet, blunted weight gain, reversed gut atrophy, improved metabolic parameters and restored gut barrier.

Last month, Canada-based Lallemand Health Solutions’ patent-pending probiotic strain L. rhamnosus HA-114, was found to provide physical and mental health benefits for people in an overweight program. The ingredient is the “first of its kind” to help people in a weight management program restrain themselves from overeating.

Separate research has uncovered that Beneo’s Palatinose and chicory root fiber Orafti Synergy1 have a synergetic effect in impacting both blood glucose and the microbiota, contributing to overall metabolic health.