You are in : All News > KHNI highlights keto diet’s potential in boosting endurance for athletes 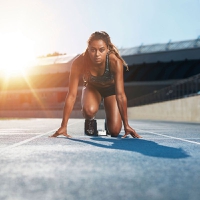 17 Jan 2020 --- Low-carbohydrate, high-fat diets (LCHF) like the ketogenic diet (keto) may help reduce an endurance athlete’s response to fatigue at a low intensity, but the hypothesis requires more research, according to a recent Kerry Health and Nutrition Institute (KHNI) report. “This hypothesis means that the athlete would be able to run for longer at a suboptimal pace, indicating a potential benefit to the endurance athlete,” Dr. Lisa Ryan, Registered Nutritionist and Scientific Advisor to the KHNI, tells NutritionInsight. The report comes as keto is rising in the trending diets list yet again, with Google’s “Year in Search” analysis placing it among the most popular diets of the past year.

She notes that the main theory behind the use of LCHF diets in endurance activities is that this style of dietary management would allow an endurance athlete to alter the type of fuel (carbohydrates or fats) that they rely on during exercising. “In theory, improving an athlete’s ability to utilize fat during exercise would allow them to rely less on their limited carbohydrate stores during exercise and more on their nearly limitless stores of fats,” Dr. Ryan explains.

During exercise, the body uses a variety of fuel sources, such as carbohydrates or fats. The type of fuel used depends on the duration and intensity of the session. Low-intensity sessions (such as an easy-paced 30-60-minute leisure walk or run) are predominantly aerobically-based, during which the body would use a combination of both carbohydrates and fats. During higher intensity sessions (such as shuttle runs or hill sprints when breathing is difficult, and an athlete is working at or close to their maximum capacity) the body will use carbohydrates as its preferred source for fuel. 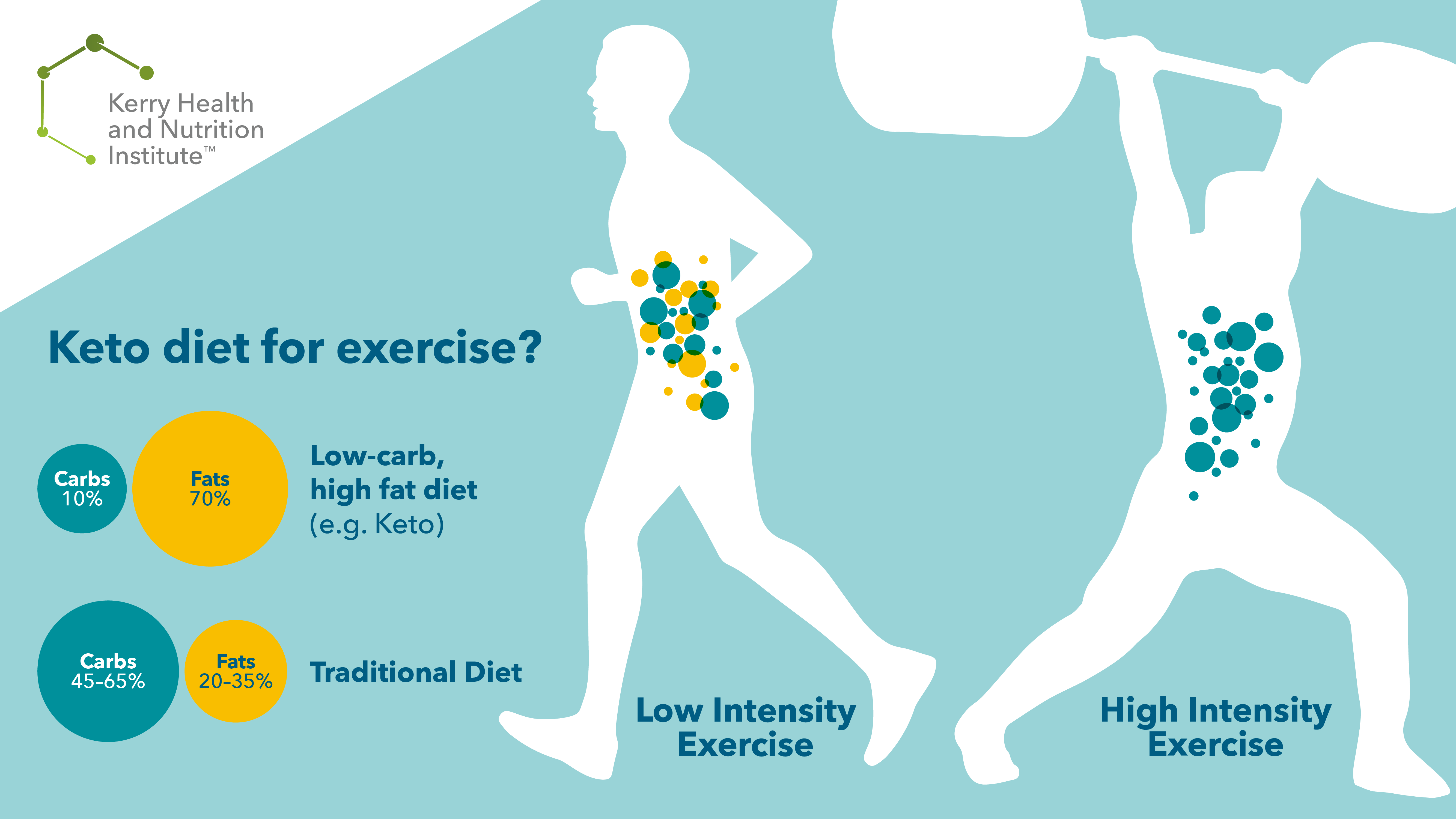 The fuel used in moderate-intensity exercise sessions is individual and is determined by the athlete’s adaptations from their aerobic training over time. This is because one becomes better at oxidizing (using) fats for energy via training and can therefore rely less on carbohydrates during moderate-intensity exercise sessions (team field sports, for example).

“Unfortunately, studies exploring the effects of fat adaptation on exercise performance in the athletic population are limited and the hypothesis remains unconfirmed. This theory on adaptation hasn’t been proven yet, especially in competitive athletes,” Dr. Ryan adds.

Is keto sustainable in the long-term?
Among the top trending diets of the past few years, the keto diet involves drastically reducing carbohydrate intake and replacing it with fat. This reduction in carbs puts the body into a metabolic state called ketosis.

“Diets that severely restrict any food group or nutrient are hard to maintain for long periods of time, and people on these diets can be missing out on important nutrients for health in the long-term. The severe carbohydrate restriction on keto means it is hard to eat enough fiber, fruits, vegetables, or whole grains, which are all cornerstones of dietary recommendations,” Dr. Nathan Pratt, RD&A Scientist, Nutrition at Kerry, tells NutritionInsight.

“This doesn’t mean it’s impossible to have a balanced diet while restricting carbohydrates, but it is incredibly challenging,” he adds. 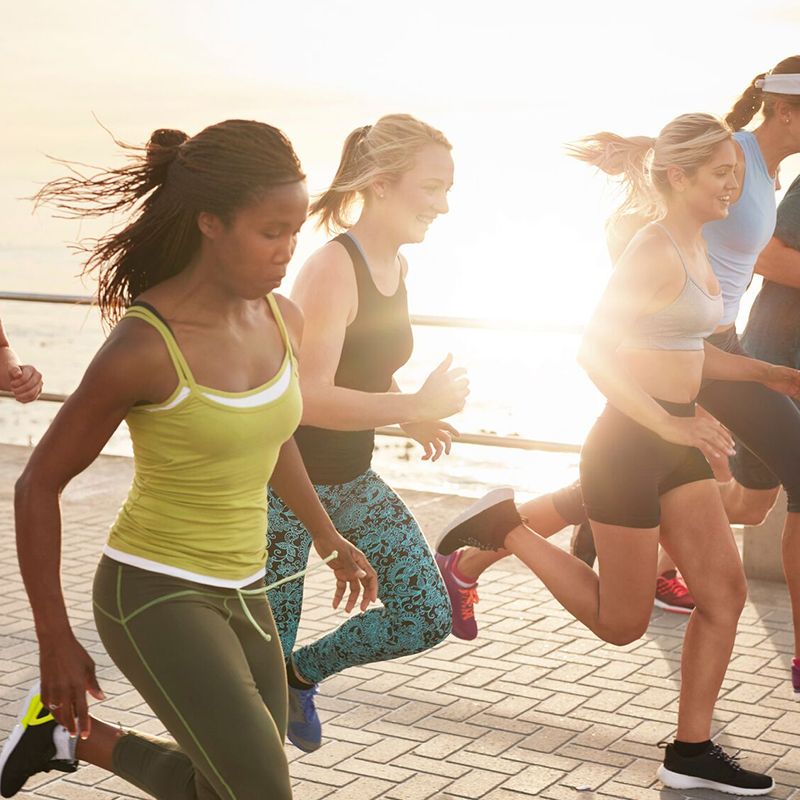 Click to Enlarge“There is no perfect or ideal dietary approach for endurance athletes,”  the report concludes.The most important thing for promoting a ketogenic state is carbohydrate restriction, typically less than 50 grams of carbohydrate a day, although keto has seen a variety of adaptations over the last few years to make the diet more flexible.

Keto’s impact on exercise: The verdict
Can following a ketogenic or LCHF diet then help boost performance for endurance-based athletes? Not exactly, says the report – there is no one-size-fits-all answer because an athlete’s diet is influenced by many factors. The sport performed, training frequency, personal food preferences, food allergies and intolerances and whether the athlete is on or off-season in their training cycle all impact their nutritional needs. The purpose of the report is to provide some clarity by taking an evidence-based approach to the question and analyzing best practices for an endurance athlete.

The research to-date favors the use of a more traditional, LCHF dietary approach for overall endurance performance. However, individual differences between athletes should also be a consideration and carbohydrate intake should meet the purpose and need of training and performance, the report notes.

“There is no perfect or ideal dietary approach for endurance athletes,” the authors conclude.

28 Jul 2021 --- Nutrition21 has demonstrated that its amylopectin-chromium complex, Velositol, can aid resistance training when mixed with 15 g of protein.

21 Jul 2021 --- Cosmax NBT has created Chrytri, an ingredient that can aid muscular health. Chrytri is made using Chrysanthemum morifolium, used as a traditional herbal medicine in... Read More

20 Jul 2021 --- Laïta Nutrition is increasing its focus on plant-based ingredients, with the nutrition division of the Laïta dairy cooperative acknowledging that eating... Read More