You are in : All News > “Just eat less”: Outrage over UK’s Boris Johnson’s food strategy defense 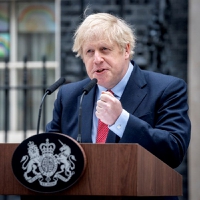 14 Jun 2022 --- The UK's long-awaited food strategy aimed at improving nutrition has been met with widespread criticism by campaigners, who have lambasted the government for siding with industry rather than attempting to boost public health.

“It appears that the government’s wish to stay on the right side of highly profitable, multinational food companies prevents them from taking the kind of interventionist action required to achieve positive change in our food system and protect the nation’s health,” Mhairi Brown, policy and public affairs manager at Action on Salt & Action on Sugar, tells NutritionInsight.

“It’s clear that the government has tried to please the food industry by not adopting the National Food Strategy’s evidence-based recommendations on health. Including a recommendation to tax salt and sugar in processed foods would have saved up to 97,000 healthy life years lost to illness or disease,” Brown adds.

The food strategy report is lacking key elements in addressing stressed issues such as access to nutritious food.Criticism pouring in
The strategy was also criticized by the government’s lead advisor Henry Dimbleby, a non-executive board member at the Department for Environment, Food and Rural Affairs. He said that the report shows no clear vision or strategy.

“Today’s announcement makes it abundantly clear that our government is in the food industry’s pocket and has no desire to bite the hand that feeds it,” says Graham MacGregor, professor of cardiovascular medicine at Queen Mary University of London and chairman of Action on Sugar and Action on Salt.

“We can only assume that Sajid Javid (Secretary of State for Health and Social Care) has chosen not to implement these tailor-made recommendations for political reasons, which contradicts the government’s leveling up ambitions.”

“This shambolic decision will no doubt massively impact the NHS and the nation’s health which will suffer the consequences and escalating cost of treating obesity, Type 2 Diabetes and tooth decay. They are all linked to our very high and unnecessary sugar, salt and saturated fat intakes – that the food industry is entirely responsible for,” Macgregor adds.

Obesity in the UK is a growing issue. Studies have shown that by 2021, 21 million adults in the UK are expected to be obese, and amongst children obesity is classified as an epidemic. Researchers flagged this as a “wake-up call for the UK government,” who has been expected to take action on this in response to the report led by Dimbleby last year.

Debating mandatory taxesThe UK Prime Minister does not see taxes on salt and sugar as an appropriate approach against obesity, citing food prices as a concern.
The report’s publication has been delayed by a year, with campaign groups arguing the voluntary nature of sugar reduction schemes needing to become mandatory with incentives to industry through duties and levies.

Additional taxes on salt and sugar to help tackle obesity have been discussed, with the UK’s Prime Minister stating this approach poses a threat of driving up food prices.

“This flies in the face of a plethora of evidence that shows processed products are likely to be high in fat, salt and sugar, be heavily marketed and advertised and cheaper than healthier food,” says Brown.

“Wording used in the government’s food strategy seemed to suggest some uncertainty in the link between unhealthy food and poor health. For example, ultra-processed foods could contribute to the overconsumption of higher-calorie foods. However, further research is needed to determine their exact role in driving obesity."

Government’s key actions
The UK government food strategy report focuses on three key objectives. These ensure that the food supply can handle unpredictable challenges brought by the market, that the delivery of sustainable, healthy and affordable diets applies to all, and deliver export and import opportunities without compromising on regulatory standards.

The second objective is receiving attention from several organizations and foundations as it does not align with the previously promised extension of free food in schools. The report mentions the actions “will support every child leaving secondary school to achieve a healthier lifestyle and paves the way for a future generation to work in our food system.”

“We support the overarching focus of this food strategy for England, on creating measures to support a resilient, healthier and more sustainable food system that is accessible and affordable to all. This is particularly important with the cost-of-living crisis,” says Sara Stanner, science director, British Nutrition Foundation.

“However, we are still awaiting further details of additional programs and partnerships that should lead to implementing new measures to address our obesity crisis and other major public health issues that we face.”

Child obesity is classified as an epidemic in the UK, with the government told it needs a “wake-up call.”Report met with disappointment
After spending approximately one year writing the report, the School Food Matters organization found that the key element of providing nutritious food to school children had not been met.

“The government’s response is disappointing as it fails to address many of the issues we see in schools. While commitments to improve food education are reiterated, these are nothing new. Failing to take this opportunity to expand free school meals in the middle of a ‘cost of living’ crisis is out of touch with the reality for many families,” says Stephanie Slater, founder and chief executive, School Food Matters.

“I urge the government to reconsider Dimbleby’s proposals in full and make the ambitious changes needed to safeguard our children’s health and future environment,” Slater adds.

Need for health education
The report's publication follows the start of “health week”, incentivized by findings of a survey by the British Nutrition Foundation, highlighting a lack of knowledge surrounding nutrition sources amongst large parts of the population. The foundation is hosting a 5-A-DAY program, aiming to inform consumers of the nutritional density of foods.

“It is timely that the publication of the Food Strategy comes when new findings, published today as part of Healthy Eating Week, have revealed a concerning lack of knowledge among school children about the nutritional contents of many common foods,” says Stanner.

She continues, “lack of knowledge means people are less empowered to make informed choices, and achieving a healthy diet, with a good balance of the right foods, is more difficult if they don’t know which key nutrients different foods provide.”

NutritionInsight reached out to the UK Department of Food, Environment and Rural affairs, which did not respond in time for publication.