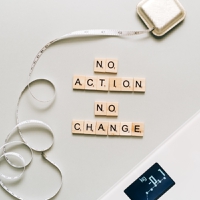 19 May 2022 --- More than 21 million adults across the UK will be categorized as medically obese by 2040, according to an analysis by Cancer Research UK. This is approximately 36% – or one in ten – of UK adults.

“These projections should serve as a wake-up call to the government about the state of our nation’s health. Ministers mustn’t keep kicking the can down the road when it comes to tackling the obesity crisis – delaying measures that will lead to healthier food options,” flags Michelle Mitchell, Cancer Research UK’s executive chief.

The report comes alongside a recent decision by the government to delay a proposal to implement restrictions on the marketing of unhealthy junk foods and volume-based price cuts. This would be a key pillar to the UK’s anti-obesity strategy and pledged commitment to reducing health care and health outcome disparities.

Mitchell points to the upcoming Health Disparities White Paper, which she says offers the UK government an opportunity to make sure fewer people receive a “devastating” cancer diagnosis.

As obesity rises, so too may incidence of cancer, says Cancer Research UK.Close to the tipping point
Obesity and related disorders such as Type 2 diabetes are recognized by governments across the world as risk factors for negative health outcomes, including those of COVID-19 and other infections.

Clinically excessive weight retention was also highlighted by Mitchell as a preventable risk factor for cancer in the UK.

The so-called “tipping point” of this issue in England could reportedly occur as early as the late 2020s, suggesting far-reaching and expedient measures are needed to combat excess weight. Northern Ireland could follow suit by the late 2030s.

In Scotland and Wales, the issue is not expected to reach its breaking point before the 2040s.

The cancer research group’s report indicates those indicating higher levels of economic deprivation may suffer most from these issues as a result of structural factors.

“The report shows a stark and growing difference between obesity rates in those that are least well off and most well off,’ Mitchell highlights.

Fat pockets equal fitter lifestyles
In 2019, 35% of England’s population living in the most economically deprived areas were found to be obese, with this number jumping to 46% or almost half by 2040.

In contrast, around 22% of people in the most economically prosperous regions in the UK were recorded as obese in 2019. This is projected to increase by another 3% to 25% of people within the same timeframe.

The organization’s projections predict a rise in the relative deprivation gap in prevalence of obesity between the lowest and highest economic class quintiles in England from 45% in 2019 to 58% by 2040.

According to Cancer Research UK, obesity increases the risk of 13 types of cancer. Each year, 22,800 domestic cases of cancer are said to be cause by being overweight or obese. Therefore, more research is needed to elaborate the links between excess weight and cancer.

Veganism enhances the quality of one’s diet, resulting in weight loss and improved insulin sensitivity, according to a US-based Physicians Committee for... Read More