05 Jan 2021 --- Industry has hit back at accusations of its overinvolvement in the Dietary Guidelines for Americans, 2020-2025. The US Department of Agriculture (USDA) and Health and Human Services (HHS) released the guidelines last week following months of anticipation. NutritionInsight speaks with members of industry about the significance of these guidelines and how they were formed.

“The Dietary Guidelines for Americans form the basis for federal nutrition policy in the US. They carry tremendous influence with health professionals and consumers alike, as well as within the food industry, driving food trends and product introductions,” says Dr. Mickey Rubin, executive director of the American Egg Board’s Egg Nutrition Center.

“Billions of federal dollars are spent every year on these programs to provide Americans with food assistance and advice on the foods and beverages that help individuals develop a healthy diet,” he adds.

Addressing a host of topics
These new guidelines are especially significant as they are the first set that provides guidance for healthy dietary patterns by life stage, from birth through to older adulthood, including pregnant and lactating women.

In a bid to bolster transparency and public participation, USDA and HHS added a new initial stage to its process for forming the guidelines.  Accusations of undisclosed industry involvement
The release of the 2020 Dietary Guidelines Advisory Committee’s final scientific report in July had triggered concerns about “weak science” at the time.

Now, The Nutrition Coalition (TNC) – a non-profit aiming to ensure that US nutrition policy is based on rigorous scientific evidence – argues that the public is largely unaware of the “vast conflicts of interest” on the Dietary Guidelines Advisory Committee.

“It is obviously worrisome that Big Food and Big Pharma should have potentially influenced the thinking of experts in charge of improving the nation’s diet via whole foods – not processed foods, medical drugs or devices,” says Nina Teicholz, executive director of TNC.

According to TNC, members of the Dietary Guidelines Advisory Committee include those with current or past affiliations with companies such as Nestlé, ConAgra and Danone.

Industry as an “informed spectator”
However, Rubin of the American Egg Board emphasizes that industry does not have a role in building the guidelines.

In the opinion of Christine Cochran, executive director of the Grain Foods Foundation, industry largely acts as an informed spectator to the guidelines process.

“However, at several points during the work of the Committee and HHS and USDA staff on the project, industry – as well as any interested citizen – can weigh in on the science being considered, the process the agencies follow in drafting the guidelines, and even, early on, on the selection of the Committee members,” she explains. 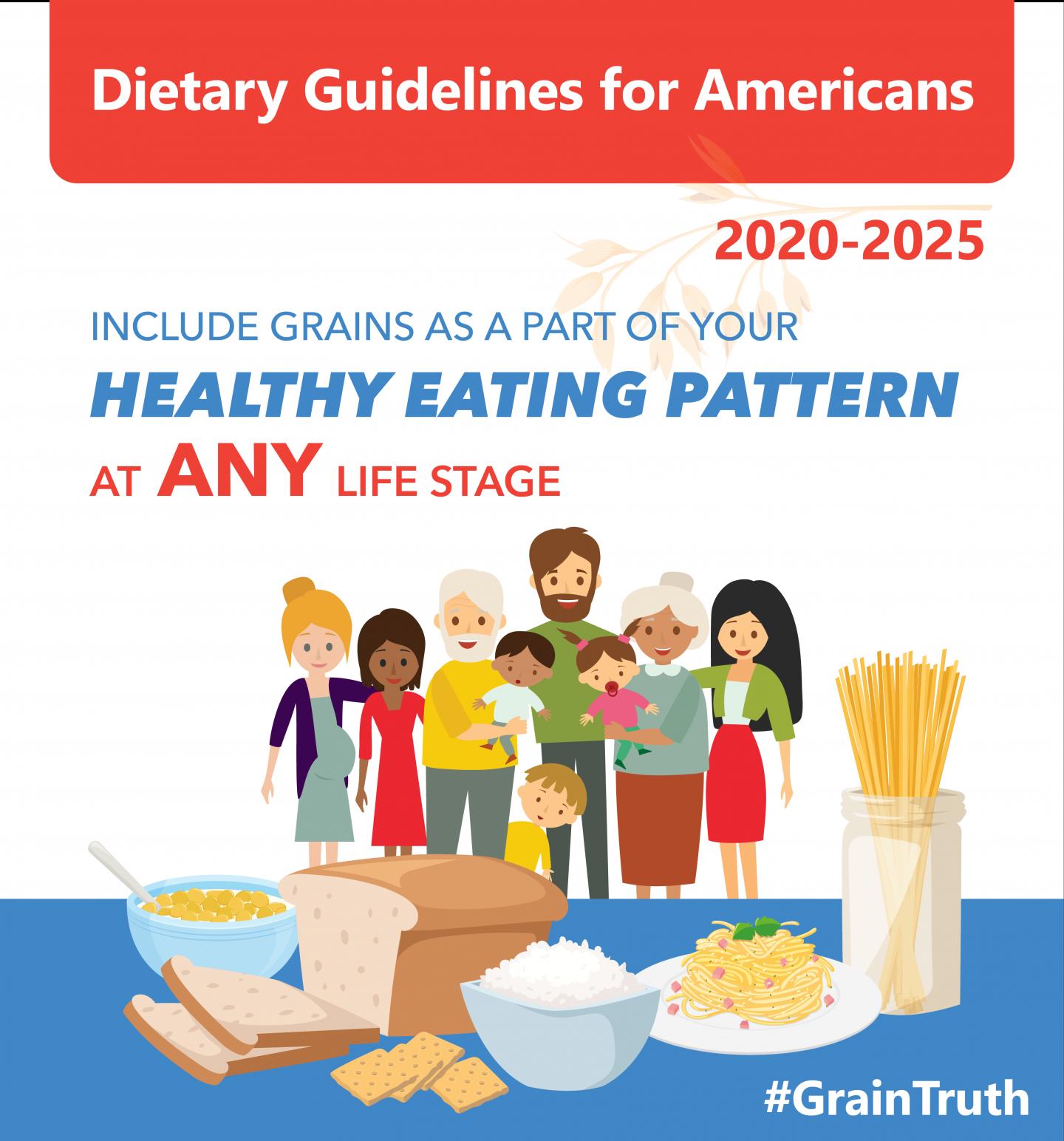 The Dietary Guidelines recognize whole grains are “one of the three food groups that are fundamental constituents of a healthy dietary pattern.” (Credit: The Grain Chain).

Advocacy for dairy
Scimeca of the International Dairy Foods Association adds that the dairy industry does have advocacy and informational roles to play throughout the Dietary Guidelines’ development process. This includes advancing awareness of publicly funded research, supporting private and academic research and disseminating the final guidelines.

“During each five-year cycle of the process, we engage directly with the Dietary Guidelines Advisory Committee and the USDA and HSS to make them aware of the latest science on the vital role of dairy in the healthy diets of Americans,” he details.

“For the 2020-2025 report, we highlighted important scientific, peer-reviewed – and in many cases, publicly funded – literature and research demonstrating favorable outcomes related to the consumption of dairy at all fat levels.”

However, the new guidelines continue to discourage saturated fat. In the dairy sector, this translates to recommendations for US consumers to purchase fat-free or low-fat milk instead of 2 percent or whole milk.

“That said, all of these opportunities happen during public meetings and public comment periods, so all of these opinions are part of the public record. Industry does not directly influence the Committee, HHS/USDA staff, nor the guidelines themselves.”

The road ahead
Scimeca states now that the final guidelines have been developed, the International Dairy Foods Association will work to make sure the public is aware of and understands the guidelines and the health and nutrition benefits of dairy products to people of all ages.

However, he recommends that future guidelines incorporate all of the new, as well as existing science, showing a neutral or positive health outcome related to consuming dairy products at various fat levels, including fuller-fat dairy products.

Meanwhile, Cochran of the Grain Foods Foundation hopes that in the future, the scope and timeline are further evaluated to allow the committee to have a more thorough and informed investigation.