You are in : All News > In high spirits? Compound in red wine may treat depression and anxiety, study finds

31 Jul 2019 --- Resveratrol, a compound found in red wine, may display anti-stress effects by blocking the expression of an enzyme related to the control of stress in the brain. This is according to a mouse model study from the University of Buffalo (UB), US. The findings elucidate how resveratrol impacts neurological process and the researchers believe this may open new avenues in the treatment of depression and anxiety disorder.

According to the Anxiety and Depression Association of America (ADAA), depression and anxiety disorders affect 16 and 40 million people respectively in the US.

“Resveratrol may be an effective alternative to drugs for treating patients suffering from depression and anxiety disorders,” says Ying Xu, MD, Ph.D., co-lead author and Research Associate Professor in the UB School of Pharmacy and Pharmaceutical Sciences.

The study, published in the journal Neuropharmacology, was led by Xiaoxing Yin, Ph.D., professor at Xuzhou Medical University, China.

Shielding from anxiety
Resveratrol is a compound found in the skin and seeds of grapes and berries and has been linked to a number of health benefits. Recently, a NASA-funded study conducted by Harvard researchers suggested supplementing astronauts with resveratrol, as a means of preserving muscle mass and strength. 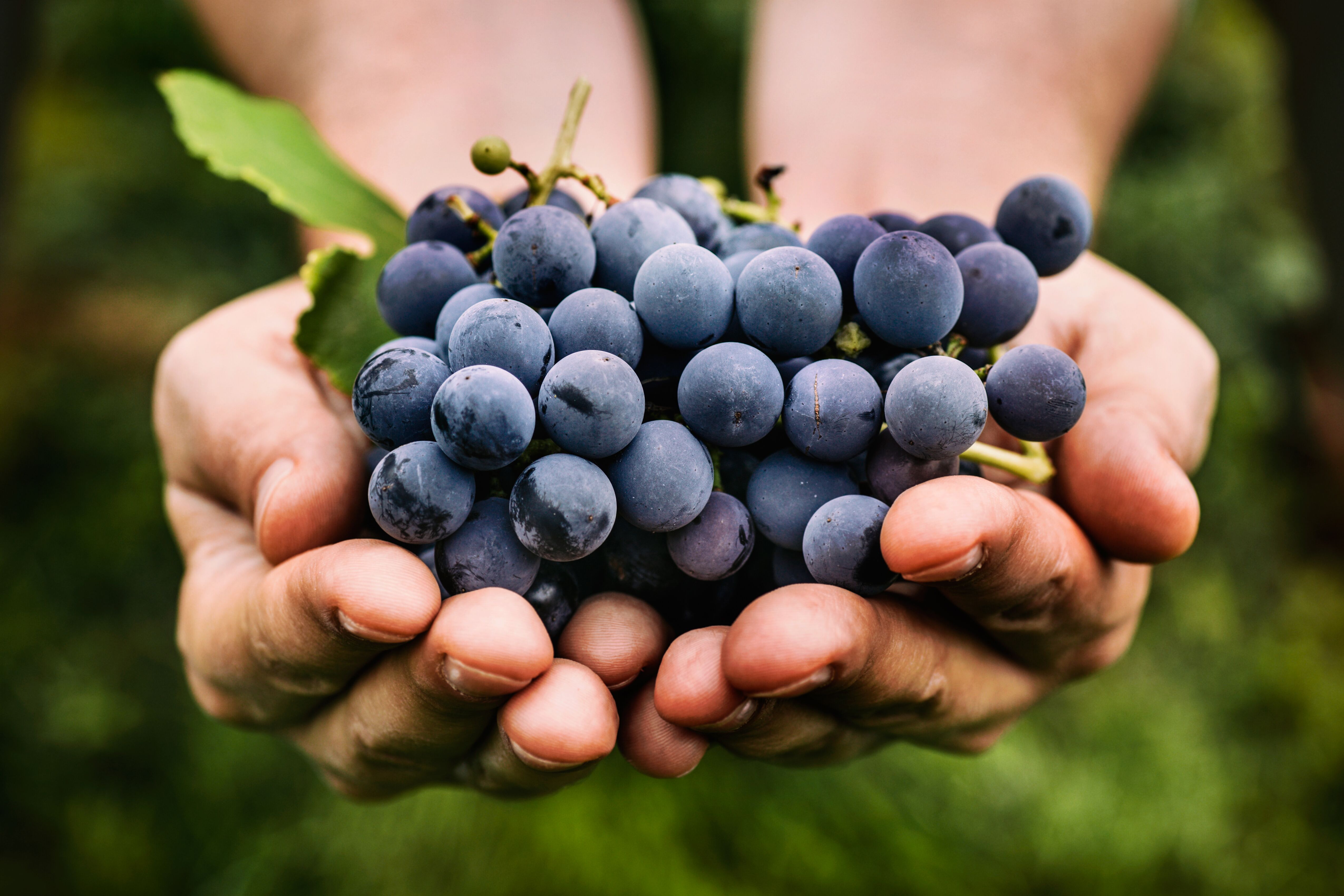 Click to EnlargeResveratrol is a grape compound hailed
for its beneficial health properties.Previously, research identified resveratrol to have antidepressant effects, but the compound’s relationship to phosphodiesterase 4 (PDE4), an enzyme influenced by the stress hormone corticosterone, was unknown. Corticosterone regulates the body’s response to stress. Too much stress, however, can lead to excessive amounts of the hormone circulating in the brain and, ultimately, the development of depression or other mental disorders.

These unknown physiological relationships make drug therapy complex, the researchers note. Existing antidepressants focus on serotonin or noradrenaline function in the brain instead, but only one-third of patients with depression enter full remission in response to these medications, says Xu.

The study, carried out on mice, revealed that PDE4, induced by excessive amounts of corticosterone, causes depression and anxiety-like behavior. The enzyme lowers cyclic adenosine monophosphate – a messenger molecule that signals physiological changes such as cell division, change, migration and death – in the body, leading to physical alterations in the brain.

Resveratrol displayed neuroprotective effects against corticosterone by inhibiting the expression of PDE4. The research lays the groundwork for the use of the compound in novel antidepressants.

“In vino” research
The research, however, notes that the consumption of alcohol carries various health risks, including addiction. Wine may be used for recreational purposes widely and overconsumption has several adverse health effects, however, some of its compounds may actually benefit health.

Resveratrol is not the only compound hailed for its beneficial properties. Wine polyphenols might be good for oral health, according to researchers report in ACS’ Journal of Agricultural and Food Chemistry. Previous research had already pointed to the heart and colon health benefits of sipping wine, which are possibly due to the beverage's abundant and structurally diverse polyphenols.

Research from Tel Aviv University also showed that certain compounds found naturally red wine may block the formation of toxic metabolites, pointing to the possibility of creating new treatments for certain inborn congenital metabolic diseases. However, a study from the University of Eastern Finland and Kuopio University Hospital showed that adolescent drinking is associated with changes in the metabolite profile. Moreover, some of these changes were found to correlate with reduced brain grey matter volume, especially in young women who are heavy drinkers.

01 Mar 2021 --- Consumers increasingly turn to sleep and relaxations supplements to tackle COVID-19 stress and this market is pegged for further growth in 2021, according to... Read More

22 Jan 2021 --- In nutrition news this week, BGG World received a patent to use astaxanthin for heart function during exercise while a US study showed that carotenoid intake might... Read More