10 Jun 2021 --- Acute and prolonged food-induced inflammation can increase the risk of developing cardiometabolic diseases like cardiovascular disease, according to a collaborative study from health science company Zoe and King’s College London, UK.

Inflammation triggered by food varied widely between individuals, including identical twins, despite study participants eating the same meals at the same intervals. The study, therefore, highlights the potential for personalized strategies to reduce chronic inflammation.

To allow consumers to test their own food-inflammation links, Zoe offers a test kit and app that develops personalized eating plans based on users’ unique gut microbes and dietary inflammation.

Blood fats versus sugar
The researchers also separated the influence of blood sugar and blood fat levels on inflammation. While both unhealthy fat and sugar responses were associated with higher levels of inflammation after eating, blood fat was a stronger predictor of food-induced inflammation than blood sugar.

Berry maintains the definite mechanism of action still remains unclear. “It is likely to be related to the pathways involved in the metabolism of fat, which are very different to those involved in sugar metabolism.”

“We also know that our body fat is a key mediator. Increased body fat is also associated with elevated blood fat responses, so there is likely a link between our metabolically active body fat and dietary fat induced inflammation.” 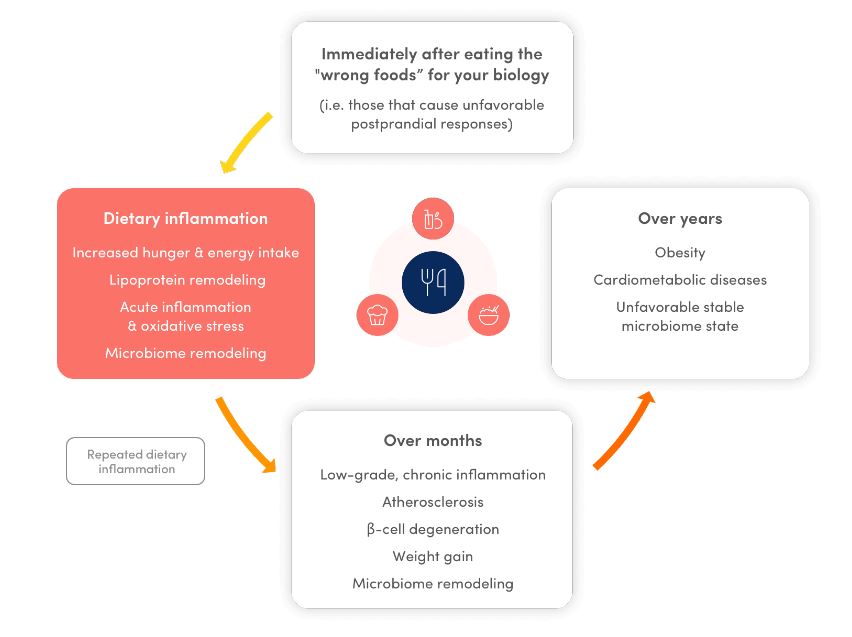 The results show significant inflammatory responses after meals.Outlining the outcomes
Published in The American Journal of Clinical Nutrition, the study involved 1,002 healthy adults aged 18 to 65 from the Personalised Responses to Dietary Composition Trial (PREDICT) study.

“Several small studies have previously tried to look at the relationship between food and inflammation, but the results have been inconsistent due in part to the challenges in measuring levels of inflammation after eating from blood samples,” Berry explains.

Thanks to recent advances in metabolic science, the researchers were able to take advantage of a novel marker, glycoprotein acetylation (GlycA), to gain new detailed insights into the connection between food and inflammation.

The researchers measured postprandial glucose and triglyceride, as well as traditional (IL-6) and novel (GlycA) biomarkers of inflammation at multiple intervals after sequential mixed-nutrient meals (0 hours and 4 hours).

They found subjects with more body fat and greater body mass index (BMI) were more likely to have higher levels of inflammation after eating. According to the study, this supports current evidence that obesity management can reduce chronic inflammatory burden.

Levels of inflammation also tended to be higher in men than women, and also higher in older participants than younger ones.

Nutritional advice
Based on these findings, Berry recommends several strategies to help reduce the impact of inflammation after eating: 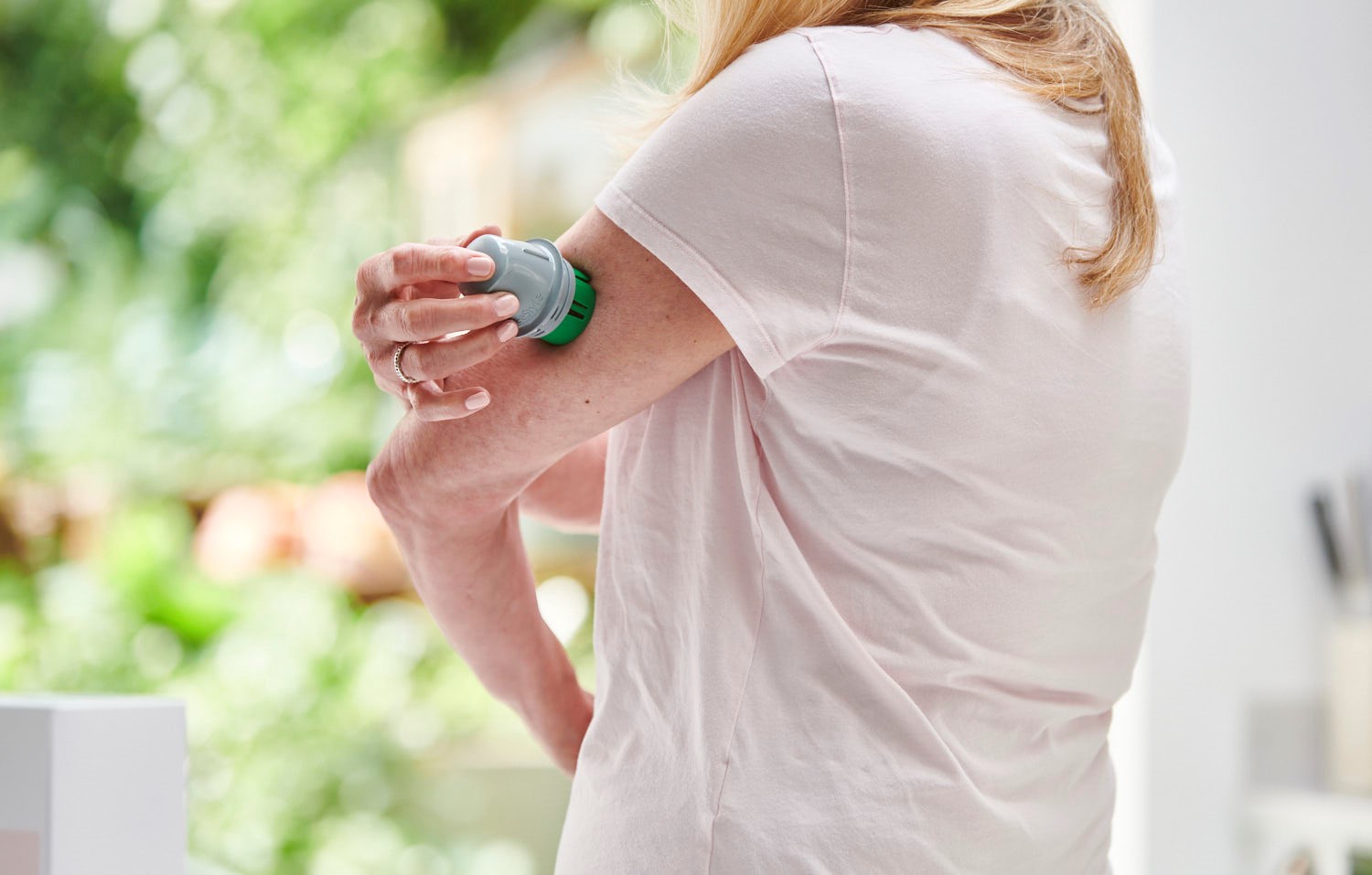 Sustained periods of inflammation have been linked to health conditions such as Type 2 diabetes and heart disease.Moreover, foods high in “anti-inflammatory” bioactive molecules, such as polyphenols, found in colorful fruits and vegetables and other plant-based foods, can further reduce inflammation.

Ultimately, however, Berry maintains that consumers understanding their individual biology is key.

A separate study from Zoe and King’s College London in April found that blood sugar dips occurring between two to four hours after eating could be causing increases in hunger. Further consequences might also be overeating and excessive weight gain in certain people.

Zoe’s Blue Poop Challenge aims to educate consumers on their individual gut transit times while normalizing the conversation around defecation.

The health and longevity benefits from dietary restriction vary, spurring researchers to create a new framework to study precision nutrigeroscience. This takes into... Read More