You are in : All News > Gut microbes may be the reason some medication fails to work, study finds

Gut microbes may be the reason some medication fails to work, study finds 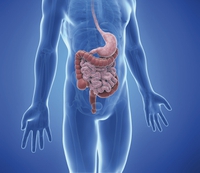 18 Jun 2019 --- Researchers have discovered one of the first concrete examples of how the microbiome can interfere with a drug’s intended path through the body. Focusing on levodopa (L-dopa), a treatment for Parkinson's disease, they identified which bacteria are responsible for degrading the drug and how to stop this microbial interference. The findings point to the importance of further research into the microbiome and how it – combined with the nutrients we consume – affects our health.

The microbes that live in our gut help the body break down the foods we consume to absorb the nutrients. Since the human body cannot digest certain substances – fiber, for example – microbes step up to perform chemistry no human can.

Since gut microbes can interfere with medications, this kind of microbial metabolism can also be detrimental, explains Maini Rekdal, a graduate student in the lab of Professor Emily Balskus and first-author on their new study published in Science.

Focusing on L-dopa, Balskus, Maini Rekdal and their collaborators at the University of California San Francisco identified which bacteria are responsible for degrading the drug and how to stop this microbial interference.

Parkinson’s disease attacks nerve cells in the brain that produce dopamine, without which the body can suffer tremors, muscle rigidity and problems with balance and coordination. L-dopa delivers dopamine to the brain to relieve symptoms. But only about 1 to 5 percent of the drug actually reaches the brain.

This percentage – and the drug's efficacy – varies widely from patient to patient. Since the introduction of L-dopa in the late 1960s, researchers have known that the body’s enzymes (tools that perform necessary chemistry) can break down L-dopa in the gut, preventing the drug from reaching the brain. In response, the pharmaceutical industry introduced a new drug, carbidopa, to block unwanted L-dopa metabolism. Taken together, the treatment seemed to work.

Still, there are a lot of issues around how the metabolism works that remain unexplained, with strong variations between people. Not only is the drug less effective for some patients, but when L-dopa is transformed into dopamine outside the brain, the compound can cause side effects, including severe gastrointestinal distress and cardiac arrhythmias.

Since previous research showed that antibiotics improve a patient’s response to L-dopa, scientists speculated that bacteria might be to blame. Still, the bacterial species that might be culpable or how and why they eat the drug had not yet been identified.

Few bacterial enzymes can perform this L-dopa to dopamine conversion. However, a good number bind to tyrosine – an amino acid similar to L-dopa. And one, from a food microbe often found in milk and pickles (Lactobacillus brevis), can accept both tyrosine and L-dopa.

Using the Human Microbiome Project as a reference, Maini Rekdal and his team hunted through bacterial DNA to identify which gut microbes had genes to encode a similar enzyme. Several fit their criteria; but only one strain, Enterococcus faecalis (E. faecalis), ate all the L-dopa, every time.

With this discovery, the team provided the first strong evidence connecting E. faecalis and the bacteria’s enzyme (PLP-dependent tyrosine decarboxylase or TyrDC) to L-dopa metabolism.

And yet, a human enzyme can and does convert L-dopa to dopamine in the gut, the same reaction carbidopa is designed to stop. Then why, the team wondered, does the E. faecalis enzyme escape carbidopa’s reach?

Even though the human and bacterial enzymes perform the exact same chemical reaction, the bacterial one looks just a little different. Maini Rekdal speculated that carbidopa may not be able to penetrate the microbial cells or the slight structural variance could prevent the drug from interacting with the bacterial enzyme. If true, other host-targeted treatments may be just as ineffective as carbidopa against similar microbial machinations.

But the cause may not matter. Balskus and her team already discovered a molecule capable of inhibiting the bacterial enzyme.

“The molecule turns off this unwanted bacterial metabolism without killing the bacteria; it’s just targeting a non-essential enzyme,” Maini Rekdal says. This and similar compounds could provide a starting place for the development of new drugs to improve L-dopa therapy for Parkinson’s patients.

The team further found that after E. faecalis converts the drug into dopamine, a second organism converts dopamine into another compound, meta-tyramine. To find this second organism, Maini Rekdal fed dopamine to the diverse microbial community of a fecal sample to see which bacteria prospered.

Eventually, the microbe Eggerthella lenta was found to consume dopamine, producing meta-tyramine as a by-product. This by-product may contribute to some of the noxious L-dopa side effects, although more research needs to be done.

However, apart from the implications for Parkinson's patients, E. lenta’s novel chemistry raises more questions: Why would bacteria adapt to use dopamine, which is typically associated with the brain? What else can gut microbes do? And does this chemistry impact our health?

“All of this suggests that gut microbes may contribute to the dramatic variability that is observed in side effects and efficacy between different patients taking L-dopa,” Balskus notes.

“Market knowledge regarding the microbiota, and its role in breaking down foods, drugs and nutraceutical products, is growing exponentially. For the first time, we can now begin to understand how specific strains of bacteria can influence digestive and metabolic processes, or affect the release of active ingredients,” Dr. Laura Headley, Nutritional Scientist at Evonik, tells NutritionInsight.

“As one example, we now understand that once anthocyanins reach the colon and are metabolized by certain resident bacteria, they create new compounds such as phenolic acids that either remain in the bowel or are absorbed into the bloodstream. While initially published studies are promising, additional research is required to understand the effects of these phenolic acids on health,” she notes.

There are a number of interesting areas of research regarding the delivery of drugs and nutraceutical products directly to the microbiota to improve intestinal or colonic health.

“As a market leader for the delivery of oral medications and nutraceutical products, Evonik is collaborating with many customers to help them better leverage the potential of the microbiome,” Headley notes. “Through these collaborations, we believe our functional oral excipients and nutraceutical coatings can further help to improve the potency, bioavailability and solubility of products targeted for delivery to the intestine or colon across a range of application areas,” she concludes.

Amid growing demands for prebiotics, Clasado Biosciences is extending its distribution agreement with CTC Group to solidify its position in the APAC area. With... Read More

This week in nutrition news, BASF reported solid earnings within its Nutrition & Care division, which increased by 30.9 % to €2.1 billion (US$2.14 billion).... Read More