You are in : All News > Could WHO advice on cutting trans fats be flawed? Researchers call for a “rethink”

Could WHO advice on cutting trans fats be flawed? Researchers call for a “rethink”

The guidelines disregard the importance of the nutrients included in many foods with saturated fats, such as meat and cheese, the researchers say 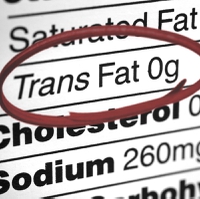 08 Jul 2019 --- The 2018 World Health Organization (WHO) draft guidance on dietary saturated and trans fatty acids fails to consider the importance of the food matrix, according to Danish researchers. The guidance recommends reducing the total intake of saturated fat and replacing it with polyunsaturated and monounsaturated fatty acids. The researchers, however, advocate for a food-based translation of the recommendations for saturated fat intake, which would avoid excluding foods that are key sources of important nutrients. The researchers also note that further study on the matter is warranted since, so far, science has focused on “single nutrient” research for fats without covering the broader range of foods people consume.

“WHO needs to recognize that the health effects of saturated fatty acids heavily depend on the specific fatty acid and particularly the food they exist in, so the recommendations need to change to advise on foods – and skip the ‘saturated fat’ part, towards both governments and the public,” Professor Arne Astrup, Head of Department of Nutrition, Exercise and Sports at University of Copenhagen, tells NutritionInsight.

Professor Astrup and his colleagues also note that maintaining general advice to reduce total saturated fatty acids will work against the guidance’s intentions and weaken their effect on chronic disease incidence and mortality.

Click to EnlargeProfessor Arne Astrup, Head of Department of Nutrition, Exercise and Sports at University of Copenhagen.Consensus exists on the health benefits of eliminating industrially produced trans fatty acids – namely that it will reduce the incidence of CVD and mortality. Foods containing more than 2 percent total fat as trans fat were banned in Denmark in 2004, and similar legislation is soon to be implemented throughout the EU. In the US the Food and Drug Administration (FDA) no longer considers industrial trans fats to be generally regarded as safe (GRAS).

The researchers mention that many governments consider WHO dietary guidelines to be state of the art scientific evidence, translating them into regional and national dietary recommendations. These guidelines have potential health implications for billions of people, so the consistency of the science behind such recommendations and the validity of the conclusions are crucial.

Along with his colleagues, Astrup examined the evidence linking saturated fat intake and cardiovascular risk and found that the WHO draft guidelines have excluded some important aspects and studies.

A closer look at the WHO guidance and foods with trans fats
In May 2018, WHO published the draft guidelines on dietary saturated and trans fatty acids for adults and children. The guidance recommends reducing the intake of total saturated fatty acids to less than ten percent of total energy consumption and replacing with polyunsaturated fat and monounsaturated fat to reduce the incidence of cardiovascular disease and related mortality.

This, however, fails to take into account considerable evidence that the health effects vary for different saturated fatty acids and that the composition of the food in which they are found is crucially important, the researchers say. Food composition has a substantial effect on lipid digestion, absorption kinetics, and postprandial lipaemia, which is an independent risk factor for CVD.

Saturated fatty acids are found in a wide diversity of foods that vary in composition and structure, resulting in different physiological effects. Stearic acid in dark chocolate, palmitic acid in meat, and heptadecanoic acid in dairy products have completely different physiological effects. Moreover, the food matrix in which the fatty acids exist has major importance for these effects, the researchers note.

“Saturated fat is a natural part of the foods we have been eating since the beginning of mankind, and many of these foods such as eggs, dairy, fish, poultry and meat contain not only varying amounts of different saturated fatty acids but also multiple other nutrients that are essential for good health. So we need to assess the health effects of whole foods and meals, not of single nutrients in isolation,” Professor Astrup says.

The researchers provide some examples of how different foods that contain trans fats can have vastly different compositions - despite having one ingredient in common.

Click to Enlarge In processed foods such as pastries and biscuits, the fat inclusions are embedded in a solid, carbohydrate matrix, often rich in sugar.Foods from other animal sources that contain saturated fatty acids also have a wide range of compositions and structures. Animal fats, such as lard and tallow, are 100 percent lipids. In unprocessed meat, lipids are mostly in adipocytes and intracellular lipid droplets of muscle. Processed meats can contain fat inclusions in a gelled protein matrix, free fat domains, and remnant adipocytes, depending on the type of processing. Egg yolk contains lipids structured as lipoproteins of both low and high density.

While in processed foods such as pastries and biscuits, the fat inclusions are embedded in a solid, carbohydrate matrix, often rich in sugar. Chocolate is composed of particles (sugar) and fermentation products from cocoa beans embedded in solid fat. Vegetable oils that are rich in saturated fatty acids, such as palm oil and coconut oil, are 100 percent lipids.

The saturated fatty acids in these different foods are also present as different types of lipid molecules – notably triglycerides and phospholipids. In these molecules, saturated fatty acids can be esterified at different positions depending on the source of fat. This means that excluding these foods from the diet may deprive people of these important nutrients, the researchers conclude.

08 Jan 2020 --- Nutraceutical company ChromaDex has initiated a Phase 1 clinical study to assess the potential of its branded nicotinamide riboside (NR), Niagen. Sponsored by the... Read More

15 Nov 2019 --- Despite more than one in three people believing protein bars to be “healthy,” 77 percent of offerings are high in saturated fat, while 38 percent... Read More

09 Oct 2019 --- The ubiquity of hypertension is spiking the demand for research-backed nutraceuticals promoting coronary health. While hypertension is pegged as a major... Read More