You are in : All News > Gamers eat healthier than general public, but consume too much meat and energy drinks, German study finds 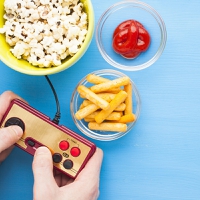 04 Feb 2021 --- E-sports players have better eating habits than the general population, according to a study by the German Sport University Cologne.

However, they consume high amounts of energy drinks and meat, and this is against global health recommendations, the researchers say.

“Energy drinks are indeed part of the diet for many, but overall, e-sports players actually eat better than the general population,” says Professor Ingo Froböse, head of the Institute of Movement Therapy and movement-oriented Prevention and Rehabilitation at the German Sport University Cologne.

With gaming intensifying during COVID-19 lockdowns and increasingly being perceived as a sport, the industry is taking note of its underserved consumer demographic. Previously, experts from Beneo, Astareal and Gelita spotlighted ingredients that can boost e-sports NPD.

“In general, the clichés of the junk-food-eating gamer are outdated. Reducing the consumption of meat and energy drinks can be an important starting point for targeted health promotion that takes both health and performance of e-sport players to the next level,” Froböse underscores. 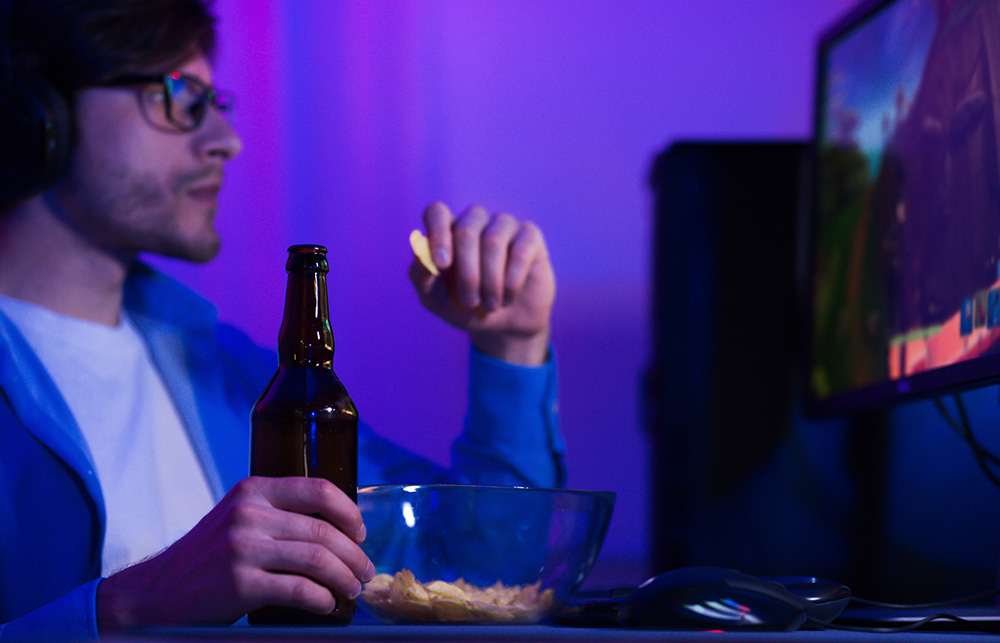 The clichés of the junk-food-eating gamer are outdated, the study says.

In this latest investigation, the researchers surveyed about 820 e-sport athletes of all skill levels. However, due to the restrictions caused by the COVID-19 pandemic, the data of the eSport Study 2021 was not collected at e-sport events but completely online.

Energy drinks reign
The consumption of energy drinks, which is often associated with e-sports, is more than just a stereotype. Around 40 percent of respondents consume the drinks regularly, drinking just over one can per week on average.

Energy drink manufacturers have been sponsoring major e-sports events and teams for years. Many of these drinks are associated with an increase in performance and thus appear particularly attractive for e-sports players.

These marketing strategies could well explain why consumption among gamers is above average.

“The high amounts of sugar in these beverages should, of course, be viewed negatively from a health science perspective. Accordingly, consumption should be significantly reduced,” says Froböse.

He recommends a handful of nuts and lightly sweetened tea instead for an energy boost in the game.

Nevertheless, overall sugar consumption is significantly lower than that of the general population.

An average of one bar of chocolate per week and a small bowl of salty snacks indicate health-conscious eating behavior.

Furthermore, fast food and ready-to-eat products are only eaten twice a week on average. The typical scenario of a quick slice of pizza in front of the console, therefore, seems to be outdated, the researchers say.

Meat over vegetables
However, there is still a need for optimization, the researchers note. E-sports athletes consume much more meat than vegetables, and this is contrary to experts’ health recommendations.

“We see the same problem among e-sport athletes as in the general population: there is still too much meat and too few vegetables on the menu,” Froböse flags. 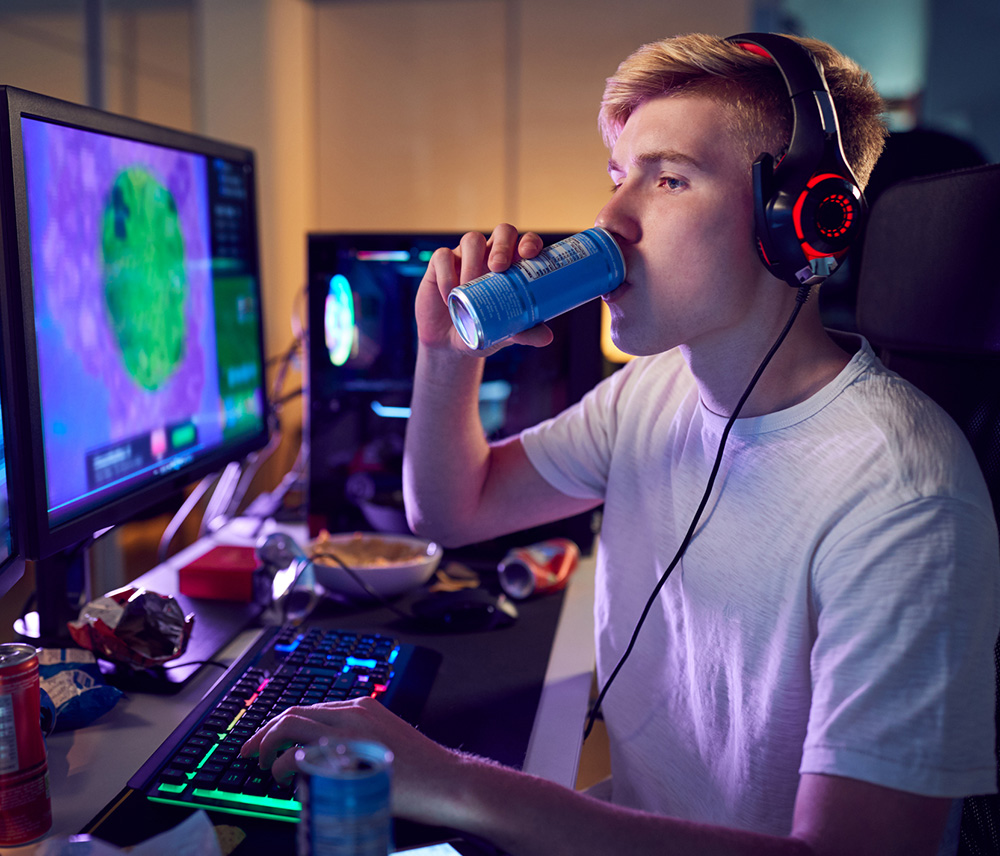 Around 40 percent of gamers are drinking just over one can of energy drinks per week.  While the German Nutrition Society recommends five portions of fruit and vegetables a day, just 15 percent of the men and 25 percent of the women surveyed achieve this recommendation.

Although an above-average proportion of e-sport players are vegetarians or vegans (14.8 percent), the remaining group eats meat almost every day.

“In particular, the consumption of red meat, which is associated with negative effects on health, should be reduced,” Froböse highlights.

Cooking trend amid COVID-19
The survey also showed that half of all respondents do their own cooking at least five days a week. Only 5 percent of respondents leave the cooking of meals completely to someone else.

This is even more astonishing when one considers that the group of e-sport players consists of 86 percent men, who tend to rarely cook, according to previous studies.

“Of course, we hope that this development will continue after the pandemic. Those who cook for themselves also decide what ends up in the cooking pot. This is the first step toward a healthy and balanced diet,” explains Rolf Buchwitz, deputy chairman of the Board of the AOK Rhineland/Hamburg.

Pandemic resilience
The study also revealed that the pandemic has only a minor impact on the health behavior of the respondents.

As in previous years, the average level of physical activity among the target group is well above the recommendations of the World Health Organization (WHO).

E-sports players spend more than nine and a half hours per week on physical activity. That’s about an hour more than that of respondents of last year’s study. Almost all respondents also still rate their health and well-being as good.

“We would have expected the pandemic and the accompanying restrictions on everyday life to have a negative impact on the respondents’ own health ratings and sense of well-being. Instead, the target group was able to maintain the level of previous years and even improve it in some cases,” Froböse concludes.

Starbucks is stepping into the energy market with a ready-to-drink (RTD) beverage, developed in collaboration with PepsiCo. Dubbed Baya Energy, the carbonated drink... Read More

ADM to capitalize on microbiome, “no end in sight” for e-gaming potential

There has been an explosion of interest in the microbiome, which is likely to go from strength to strength as personalization maintains its hold, ADM tells... Read More

The global rise in the red and processed meat trade over the past 30 years has been linked to a sharp increase in diet-related illnesses, finds an analysis published in... Read More