You are in : All News > Fighting UK health inequalities: Calls for “Right to Food” in response to House of Lords Committee

Fighting UK health inequalities: Calls for “Right to Food” in response to House of Lords Committee 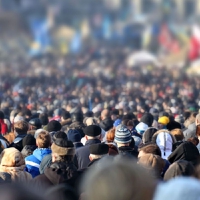 03 Feb 2020 --- In order to address diet-related health inequalities in the UK, a systemic shift is needed, which includes recognizing the “Right to Food” in law. This is according to Sustain, a British agricultural alliance, in its response to the House of Lords Committee on Food, Poverty, Health and the Environment’s request for opinions. The Committee will then recommend changes to government policy to remedy health inequalities. Other UK organizations, including the Food Ethics Council and the Food Foundation, have also weighed in, with the Association of Convenience Stores (ACS) arguing that the government should make a business case for retailers to provide healthier foods.

“The recommendations we have detailed in our submission represent clear policy solutions that would tackle some of the key issues affecting the UK, from climate change to food poverty and diet-related health inequalities. These recommendations have often been implemented in other countries or successfully piloted in parts of the UK,” Imogen Richmond-Bishop, Coordinator of the Right to Food Project at Sustain, tells NutritionInsight.

She continues that the charity is particularly keen on seeing national action on key structural issues that are affecting people’s ability to access sustainable and nutritious food. This could be through the domestic incorporation of the Right to Food as well as the expansion of schemes that improve children’s nutrition, such as the School Food Fruit and Vegetable Scheme.

These responses follow the House of Lords Food, Poverty, Health and Environment Committee’s first evidence session, held late last year. The Committee notes that healthy life expectancy is nearly 20 years shorter in the lowest income groups than in the highest and that our diets are a key part of this.

The Committee will also consider how a healthier and more environmentally sustainable diet can be made accessible to everyone and determine what changes to food policy, the industry and existing measures can achieve this. It is set to report the gathered evidence by March 31, this year.

Click to EnlargeRecognizing the Right to Food could help safeguard free school meals.“With healthy foods three times more expensive than unhealthy foods, people on low incomes are struggling to afford to eat well, and levels of obesity and weight-related diseases are rising. The UK has the highest proportion of people worried about having enough to eat out of all European countries. At the same time, the environmental footprint of our agriculture and food industries must be reduced if we are to meet our net-zero emissions target,” says Chair of the Committee Lord Krebs.

A right to food?
Sustain argues that the domestic recognition of the Right to Food would help embed a measurement of household food insecurity; give vulnerable people the right to demand action on factors affecting people’s personal circumstances; and put a duty on local and national authorities to take practical steps and provide adequate resources to improve incomes long-term, as well as helping people through crisis.

Additionally, the recognition could trigger a requirement for the provision of helpful and dignified support, facilities and services – such as breastfeeding support, free school meals, meals on wheels – as well as the necessary funding and other resources to achieve these.

Other key points highlighted include restricting unhealthy food advertising and better promotion of Healthy Start, a scheme to provide food vouchers to pregnant women and parents with young children. Sustain notes that eligibility for Healthy Start has rapidly declined and the proportion of eligible people claiming vouchers has decreased to an average of 64 percent in England and Wales.

“The reasons for these issues can be found at every step of the food chain. At a production level, the UK has a deficit of domestically grown fruit, vegetables and nuts. When it comes to the point of consumption, people’s choices are limited by income, the availability of healthy affordable choices in retail and the out-of-home sector, and advertising,” explains Sofia Parente, Coordinator for Sustain’s Veg Cities campaign.

Richmond-Bishop states that it is key that policy leads the way and sets the standards for industry to follow, while Parente points to the Soft Drinks Industry Levy (SDIL) as an example of progress. “It highlights that despite years of voluntary industry sugar and salt reduction programs, the introduction of the Soft Drinks Industry Levy in April 2018 removed an estimated 90 million kg of sugar through reformulation by April 2019. It is also forecast to raise an estimated £340 million (US$444 million) annual income for investment in children’s health.”

Calls for UK government to incentivize retailersClick to EnlargeThe British government could make a business case for retailers to provide healthier foods.
The House of Lords Committee has also requested views from the London Food Board, Cancer Research UK and academic experts on how healthy, sustainable food can be made accessible for everyone. In its own joint response to the House of Lords Committee, the Food Foundation, London School of Hygiene and Tropical Medicine, and Sustainable and Healthy Food Systems (SHEFS) is recommending that the government adopt legal targets and metrics, invest in a 20-year fruit and vegetable campaign and establish a children’s food watchdog.

Meanwhile, the Food Ethics Council notes that at a time when so many people are living in poverty, much more should be done to empower people. It argues that the answer does not lie in producing ever cheaper food, which can negatively affect the environment and farmers. “Instead, the answer lies in producing high quality, healthy food in ways that nourish the soil and our environment and that deliver positive nutrition. Critical to this is farmers and producers being rewarded properly for looking after their animals, people and environment much better,” the response states.

Additionally, ACS argues that the British government should consider making a business case for retailers to provide healthier foods. It also supports Food Foundation’s recommendation to incentivize the shift to healthy eating through reduced business rates, noting that this could accelerate convenience retailers’ ability further to follow consumer trends by increasing and promoting healthier ranges in-store.

25 Feb 2020 --- Salt reduction is a crucial public health strategy to lower blood pressure and reduce the risk of strokes and heart disease in the UK and globally. This is... Read More

10 Feb 2020 --- On World Pulses Day, the United Nations (UN)’s Food and Agriculture Organization (FAO) highlights how pulses can be used as a tool in addressing food... Read More

05 Feb 2020 --- Formula companies have quadrupled their spending on toddler milk marketing in ten years, which often feature unsubstantiated claims. This is according to a paper... Read More