You are in : All News > Exposed Coca-Cola documents reveal attempts to influence teenage health perceptions as nutrition organizations react 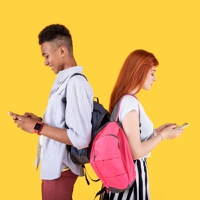 20 Dec 2019 --- US Right to Know, a nonprofit consumer and public health group, has obtained two internal The Coca-Cola Company documents from 2013 and 2014, which reveal how the beverage giant intended to use public relations campaigns to influence teenagers’ perceptions of the health risks of Coca-Cola products. A study based on Coca-Cola’s public relations requests for marketing proposals has now been published in the International Journal of Environmental Research and Public Health in collaboration with Australia’s Deakin University. However, Coca-Cola has hit back at the study, highlighting that it has not sponsored programs that promote physical activity, movement and energy balance since 2016.

One of the documents, which were obtained through state public records requests, is in reference to the 2014 “Movement is Happiness” campaign launch. Some of the primary goals outlined included to “increase Coke brand health scores with teens” and to “cement credibility in the health and well-being space.” The document also shows Coke’s aims of building key allies and marginalizing opposition.

“[Coke] recognizes the importance of leading in this [health and well-being] space to marginalize detractors and build support broadly in a host of categories, including consumers, women, government and political officials and personalities and media,” the document reads.

“We hope that policymakers will review the evidence regarding the insidiousness of Coca-Cola’s public relations efforts and launch their own investigations into Coca-Cola’s marketing, especially its marketing to children and teenagers,” Gary Ruskin, co-author of the study and Co-Director of US Right to Know, tells NutritionInsight.

Marketing to children?
The study argues that Coca-Cola’s intent and ability to use PR campaigns to market to children should cause serious public-health concern, given that the exposure of children to the marketing of unhealthy foods is likely to be an important contributor to increased childhood obesity rates.

“Companies that manufacture harmful products should not tell anyone what is or is not healthy. Such ‘health’ statements and PR campaigns can be a devious means to give people the sense that their products are less harmful than they really are,” says Ruskin.

Coca-Cola notes that it has long had a global policy of not marketing to children under 12 – as mentioned within the Happiness is Movement document – and that all of its marketing campaigns are designed to comply with that policy. Nonetheless, the study says that the enlistment of celebrities with fan bases inclusive of children under 12 almost certainly means that the campaigns also resulted in exposing younger children to its messaging.

Coca-Cola recognizes that that too much sugar is not good for anyone. Andy Burman, Chief Executive of the Association of UK Dietitians (BDA), does acknowledge that Coca Cola is not the only food and beverage company targeting children and young people with “unsuitable” products. He points to energy drink brands that use approaches likely to appeal to under-16s, despite the recent UK ban. “However, it is irresponsible for any food or beverage company to specifically target children with unhealthy products high in fat, sugar and salt,” he adds.

Calls for further regulation
In response to the study, Coca-Cola has said that it recognizes that that too much sugar is not good for anyone. It highlights that between 2017 and 2019, it eliminated 425,000 tons of sugar from its global portfolio of products through innovations, such as new recipes, smaller packs and the wider availability of low- and zero-sugar products.

“We are a total beverage company with a broad array of products, including water, juice, juice drinks, tea, coffee, sparkling beverages, as well as sports drinks and energy drinks. We have listened to and collaborated with a wide range of stakeholders from across the public health community and continue to do so as we further our work to help people reduce the amount of sugar they consume,” Coca-Cola said in a statement regarding the study.

Nonetheless, activists are calling for stricter sugar legislation. “Coke’s intent and ability to use PR campaigns to market to children is a serious public health concern and global action is needed to eliminate this from happening again in the future,” notes Katharine Jenner, Campaign Director at Action on Sugar.

Meanwhile, the BDA is supporting stronger restrictions on advertising of unhealthy food and drink products, especially to children. “We know that the current rules in the UK, which prevent advertising around children’s programming, are not working. It is important that people are able to access evidence-based information on what constitutes healthy food and drink – this should come from the experts, such as dietitians,” says Burman.

He further highlights that sugar-sweetened beverages are the biggest single contributor of free-sugars to children and teenagers’ diets. Excess free-sugar consumption is linked to increased risk of developing obesity and other adverse health outcomes such as Type 2 diabetes and tooth decay. Even sugar-free soft drinks, such as diet or zero sugar brands, are acidic and can harm children’s teeth if consumed regularly, he concludes.

Earlier this year, a study found that soft drink consumption, including both sugar- and artificially-sweetened drinks, is associated with an increased risk of overall death.