You are in : All News > Drinks with benefits: Premium organic beverages thriving 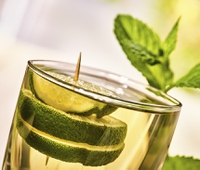 11 May 2018 --- Over the past years, the mainstreaming of organic launches has only continued, with Innova Market Insights reporting 20 percent CAGR in organic claims being reported in global food & beverage launches from 2013 to 2017. The mainstreaming of organic foods was a key theme at Natural & Organic Awards Europe, which was held in London at the end of April. Similar to FoodEx 2018 last month, premium beverages touting low sugar content or healthful ingredients, played a key role at the Natural & Organic Awards Europe.

Remedy Kombucha
Fitting in with the growing interest in fermented foods, which are widely seen as good for digestive health, kombucha drinks have been gaining traction for some time now. At the show, Australia’s leading kombucha brand landed in the UK for the first time, with Planet Organic and Selfridges leading the charge as the brand’s first stockists. Remedy Kombucha Raspberry Lemonade was awarded as the Best New Drink Product at the event. 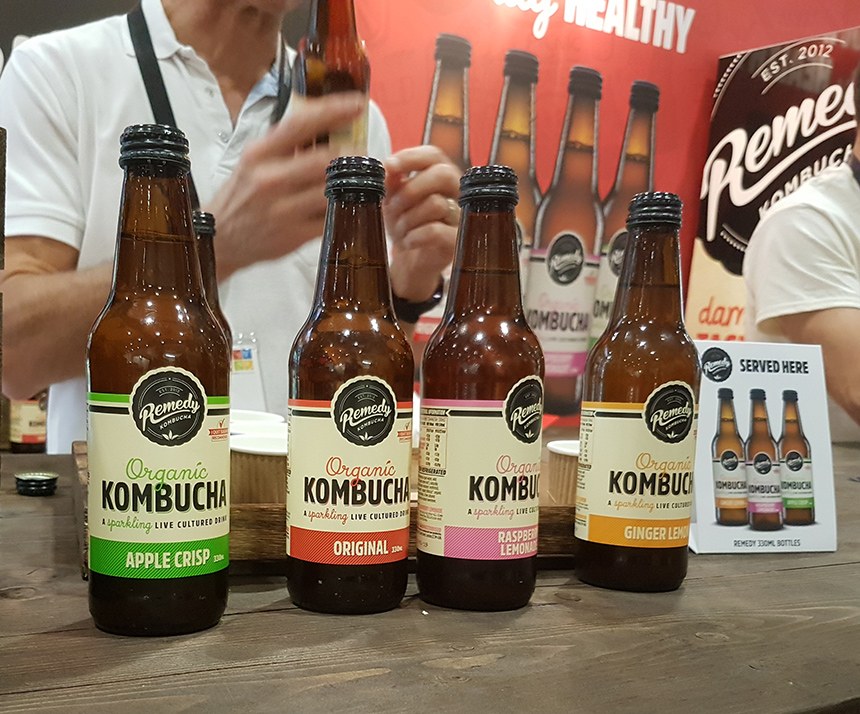 Click to EnlargeRemedy Kombucha is presented as a fizzy live-cultured drink that’s built a loyal cult-like following throughout Australia and New Zealand, “revered by fans for its taste and health credentials alike.”

Remedy follows a long-aged traditional brewing process, during which sweet tea is fermented using a live culture to produce a sweet and sour drink that is packed with live cultures and organic acids and naturally contains no sugar.

Remedy Drinks co-founder, Emmet Condon says he believes one of the driving factors behind Remedy’s phenomenal growth down under is the increasing trend of people wanting to cut down sugar in their diet.

“It is clear that more and more people are aware of the dangers of consuming too much sugar and realizing that drinks are one of the main culprits,” he says.

Remedy’s unique long-aged brewing process ensures that all sugar in their drinks is converted by the live cultures into organic acids during fermentation, leaving no sugar in the final product.

Matcha NOW
Another trending ingredient, matcha, also made its appearance in diverse beverage offerings. Matcha NOW previewed its three new flavors, launching in the summer: Ginger & Turmeric, with organic extracts of turmeric, ginger and lemon; Peppermint, with organic extracts of peppermint and vanilla; and a CBD MatchaNOW, with 10mg water soluble CBD. Each no sugar drink holds 2.5g of organic, ceremonial grade matcha powder in the patented twist-cap. 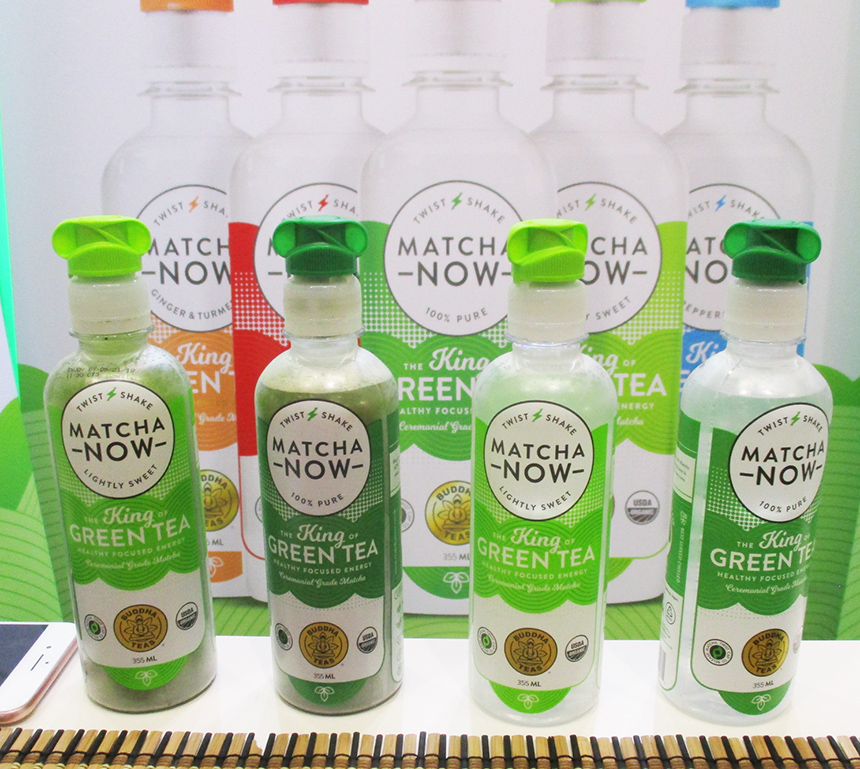 Click to EnlargeJanine Marshall, Matcha NOW’s Managing Director tells NutritionInsight: “We launched this line in California in 2016, when we saw that matcha was a rising star there. It quickly seems to have taken off in the UK market too.” Speaking on the uniqueness of their product, including the innovative cap: “We wanted to offer something different to the other matcha products out there: Pre-mixed matcha does not have benefits, because it oxidized quickly. Keeping the matcha powder separate in our patented cap ensures that the potency of the matcha remains until you are ready to drink it. We are the first company in the UK to bring out such a twist cap bottles.”

Next to ingredients such as ginger and turmeric, which have gained a lot of attention for their health benefits, Matcha NOW offers a CBD version which Marshall says fits in well with demands for products that can boost people’s mood or alleviate anxiety.

“CBD is trending right now. Not to be mistaken with cannabis oil, this is cannabidiol, which does not contain any THC but does have therapeutic effects. So mixed with the matcha, it is an amazing combination in terms of anti-anxiety effects and pain relief. There is no other brand we know of mixing the CBD and the matcha together, so we wanted to offer the customer something new and interesting.”

Brain Füd
Brain Füd presented its line of natural energy drinks made with fruit juices, water and guarana, a South American energy booster. According to David McNeill, Account Manager at Brain Füd, each bottle provides the same amount of caffeine as an Americano or espresso would. The company is aiming to provide consumers with natural alternatives to traditional energy drinks that are often seen as unhealthy. 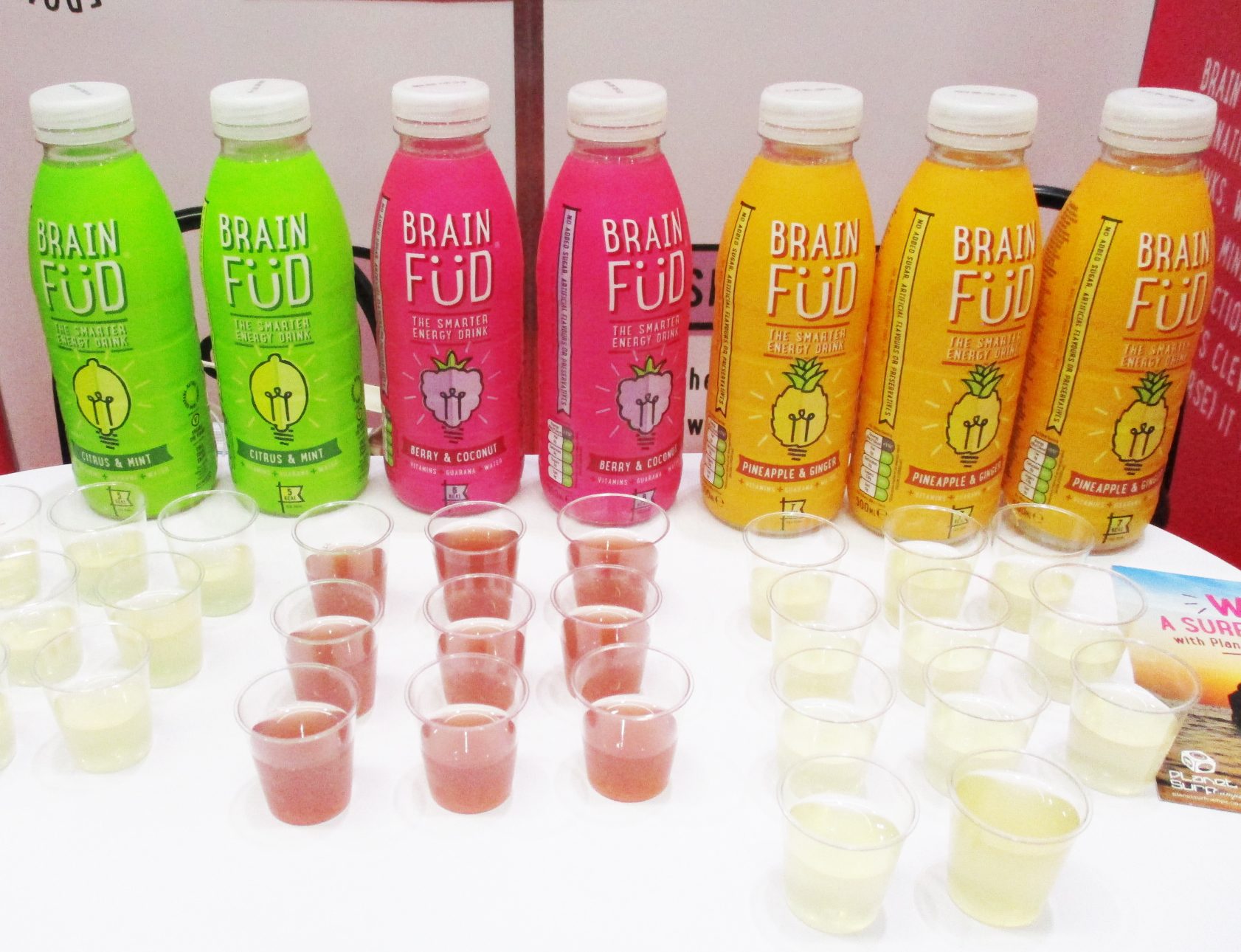 Click to Enlarge“In the media at the moment, you see a lot people highlighting the negative side of energy drinks, mainly the vast amounts of sugar and artificial ingredients. As such we’ve gone for a natural alternative,” he tells NutritionInsight. “We always wanted it to be low sugar, but getting the balance of the flavors right with slightly unusual flavors, such as pineapple and ginger, was probably the main challenge, but the feedback so far has been really good.”

At the show, the company also rolled out its new sustainable packaging. Moving away from plastic bottles, the natural energy drink relaunched in renewable cardboard packs that are made from 75 percent renewable materials; with the caps being made from renewable sugar cane bi-products.

Red Bull
Not at the show but equally notable in terms of organic and health appeal was the recent launch of Red Bull’s organic soda line called “Organics” by Red Bull, following a debut in Austria in June 2017. The range will appeal to mindful consumers looking to enjoy soft drinks with a more natural appeal and less caffeine.

Red Bull’s new soda is sold in “simply cola” and caffeine-free varieties including flavors like ginger ale, bitter lemon and tonic water. The cola is the only caffeinated option, and the product contains only 32mg of caffeine, which is much less than the 80mg found in a serving of Red Bull. So far the products are only being launched in two regions – San Diego County and one area of North Carolina – and they will also be available US nationwide via Amazon.

“We believe there is a need for premium organic beverages. With Organics by Red Bull, we offer our consumers a premium choice of refreshing beverages bearing the USDA Organic seal,” a spokesperson tells NutritionInsight. “The idea of creating alternatives to classic beverages has been circulating at Red Bull for years. After demonstrable success on the Austrian test market, the further roll-out of the Red Bull Organics range was confirmed.”