You are in : All News > Egg consumption could decrease Type 2 diabetes risk, says study 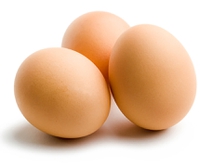 07 Jan 2019 --- The consumption of one egg per day is associated with a blood metabolite profile connected to a lower risk of Type 2 diabetes, according to a study from the University of Eastern Finland. Published in Molecular Nutrition and Food Research, the study calls for further research to observe the health effects of egg consumption. Researchers note that eggs are a rich source of many bioactive compounds that may benefit overall health.

“Although eggs have a high cholesterol content, for most people dietary cholesterol intake has only a very small or no impact on blood cholesterol levels,” Dr. Jyrki Virtanen, Adjunct Professor of nutritional epidemiology at the University of Eastern Finland, tells NutritionInsight.

“Dietary fat quality (saturated vs. unsaturated fat) and dietary fiber have a much greater impact on serum cholesterol levels. Only a small proportion of people are sensitive to dietary cholesterol and they might want to avoid eating eggs every day,” he adds.

The researchers previously conducted a study among middle-aged men in Eastern Finland, coined Kuopio Ischaemic Heart Disease Risk Factor. They found that consuming one egg daily was associated with a lower risk in developing Type 2 diabetes.

The new study set out to explore potential compounds that could explain this association using non-targeted metabolomics, a technique that enables a broad profiling of chemicals in a sample, according to the researchers.

Click to EnlargeThe study found that the blood samples of men who ate more eggs included certain lipid molecules that positively correlated with the blood profile of men who remained free of Type 2 diabetes.

Moreover, the researchers identified several biochemical compounds in blood that predicted a higher risk of developing Type 2 diabetes, including the amino acid tyrosine.

The study suggests some plausible mechanisms which could at least partly explain the inverse association between egg intake and the previously observed lower risk of developing Type 2 diabetes.

“Although it is too early to draw any causal conclusions, we now have some hints about certain egg-related compounds that may have a role in Type 2 diabetes development,” says lead author of the study, Stefania Noerman of the University of Eastern Finland.

“Further detailed investigations with both cell models and intervention studies in humans that use modern techniques, such as metabolomics, are needed to understand the mechanisms behind physiological effects of egg intake,” she concludes.

“What would be needed next is a clinical trial where study subjects are randomly allocated to eat 2-3 eggs per day or no eggs for several months,” Virtanen says.

Diabetes prevention will again be one of the key themes in the nutritionals space in 2019, as several recent studies note.

Diabetes and cardiovascular disease are the most common health concerns for older men in the west, according to a new survey by wellness company Lycored. Experts support that prevention is the best way to treat the non-communicable disease.

Planned intermittent fasting may help to reverse Type 2 diabetes, suggest doctors writing in the journal BMJ Case Reports. Their suggestion comes after three patients in their care were able to cut out the need for insulin treatment altogether following an intermittent fasting strategy.

According to Danish researchers, wholegrains – from rye and oats to wheat – may prevent Type 2 diabetes, particularly when consumption levels are high. Finally, adults who consume walnuts may have about half the risk of developing Type 2 diabetes compared to adults who do not eat walnuts, a University of California study has found.

02 Apr 2020 --- GlaxoSmithKline (GSK) has completed its divestment of its consumer healthcare nutrition products alongside its malted milk hot beverage powder Horlicks in India to... Read More