You are in : All News > Diabetes and cardiovascular disease top the list of health fears for older men, Lycored reveals 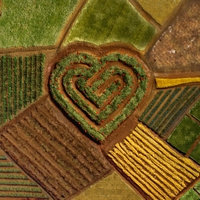 13 Nov 2018 --- Diabetes and cardiovascular disease are the most common health concerns for older men in the west, a new survey by wellness company Lycored has revealed. The research also indicates that  US men are more worried about heart disease than they are about cancer.

Golan Raz, Head of Global Health Division at Lycored, explains: “Cardio-metabolic wellness has long been one of the most serious concerns for health-focused consumers. What this research reveals is the extent to which heart disease and diabetes are causing anxiety for older men, the group most at risk. The goal now for the wellness industry is to strengthen understanding of the direct link between healthy, diverse nutrition and specific benefits for wellbeing. Natural ingredients for cardio-metabolic wellness can be delivered via supplementation as well as healthy choices in the kitchen.”

Lycored surveyed 313 men over the age of 50 (163 in the UK and 150 in the US). The participants were presented with a list of illnesses and asked which they worried about most. Overall, the most common cause of worry was diabetes (13.74 percent), followed by heart disease (11.5 percent).

Interestingly, the US men surveyed were significantly more likely to worry about diabetes (18.67 percent) and heart disease (14.67 percent) than their British counterparts (9.2 percent and 8.59 percent, respectively).

The UK respondents were slightly more likely to worry about cancer (9.82 percent) than heart disease (8.59 percent), whereas Americans were more likely to worry about heart disease than cancer (14.67 percent compared to 9.33 percent). This may reflect recent figures showing that cardiovascular disease was recently overtaken by cancer as a cause of mortality in the UK but remains the biggest killer of Americans.

Speaking to FoodIngredientsFirst, Raz comments: “It’s not necessarily the case that men fear cardiovascular illness more than women, but we do know they’re at significantly higher risk, at least in the early onset in middle age men (while the risk for women starts to rise after menopause significantly, and the average age for heart attack is 72). Mortality rates from coronary heart disease and stroke are higher in men than women across the world. In the UK, for example, one in seven men die from it, compared to one in twelve women. With that we should be mindful that heart diseases are under-recognized, so it’s important not to underestimate the importance of keeping a heart-healthy lifestyle for both genders.”

There are a number of complex reasons risk is higher in males, but nutrition is one of the most important. Men are more likely to be obese, often less likely to do something about it and their cholesterol levels tend to increase as they get older, according to Raz.

Men can and should be thinking about their cardiovascular health. Fortunately, we see a shift towards more proactive approaches, with growing awareness of lifestyle, including supplementation, as a significant component in managing cardio-metabolic wellness,” explains Raz.

“The scale of the concern reflects the scale of the problem. Over four hundred million people have diabetes – if the illness were a country it would be the third largest in the world,” he adds.

“Ultimately, people’s goal should be to elevate nature’s essence and make it part of their everyday lives. We should all start with leading healthy and active lifestyles, and with a quest for healthy diverse nutrition at the kitchen table. Appropriate supplementation is one of the healthy life choices one can make,” he continues. “In particular, supplementation with natural ingredients, proven for bioavailability and efficacy, is a great strategy to complement and enhance cardiovascular wellness. Tomato carotenoids, for example, have been extensively researched and proven to beneficially modulate many of the key factors involved in cardiometabolic well-being and overall health over time. Specifically, clinical research shows their ability to support healthy blood flow, maintain normal blood pressure and control levels of oxidized LDL cholesterol, which is the form of cholesterol most impactful on our cardio-metabolic wellness,” says Raz.

In conjunction with the survey, Lycored is touting its Cardiomato ingredient, a blend of phytosterols and patented standardized tomato extract. According to the company, over time it can help foster improved cardiovascular wellness and maintain a healthy circulatory system and could be considered a beneficial tool for men’s health.

The survey findings are part of a Lycored White Paper on men’s health concerns and quality of sleep, says the company.

12 May 2020 --- The global senior population continues to grow, with predictions saying that by the year 2060 the percentage of people over sixty will outnumber that of teenagers.... Read More