You are in : All News > Cereal fiber consumption may lower cardiovascular disease risk, study finds 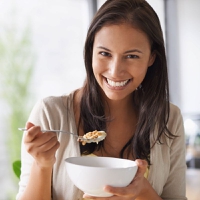 11 Apr 2022 --- The consumption of cereal fiber, not fruit or vegetable fiber, has been linked to reduced inflammation in elderly adults.

This is according to a study conducted by researchers from the US-based Columbia University’s Mailman School of Public Health who assessed whether dietary fiber intake – from fruits, vegetables or cereal – was linked to a reduction in inflammation in older adults and a lower risk of cardiovascular disease (CVD).

“With findings from this study, we are now learning that one particular type of dietary fiber – cereal fiber – but not fruit or vegetable fiber is associated with lower inflammation. With findings from this study, we now are learning that cereal fiber has the potential to reduce inflammation and will need to be tested in future interventional studies.”

Researchers note that it is unclear if cereal fiber or other nutrients in cereal fiber-rich diets are causing the observed associations.Of the 4125 adults enrolled in the Cardiovascular Health Study from 1989 to 1990, participants received a food frequency questionnaire administered to those without prevalent CVD at enrollment. They then had follow-up visits for the development of CVD – stroke, myocardial infarction, atherosclerotic cardiovascular death – through June 2015.

Blood samples were assessed for markers of inflammation.

“We learned that inflammation had only a modest role in mediating the observed inverse association between cereal fiber and CVD,” adds Shivakoti.

“This suggests that factors other than inflammation may play a larger role in the cereal fiber-associated reduction in CVD and will need to be tested in future interventions of specific populations.”

Seeking future research
Researchers note there has been little previous research on the relationship between fiber and inflammation in elderly people, who have higher levels of inflammation than younger adults.

Total fiber, particularly cereal fiber, but not fruit or vegetable fiber, was consistently linked to reduced inflammation and lower CVD incidence.Shivakoti notes that it is not clear whether cereal fiber or other nutrients in foods rich in cereal fiber are driving the observed relationships.

Although there is data to suggest that fiber might have anti-inflammatory effects by improving gut function, further investigation is needed to determine the reason cereal fiber and not vegetable or fruit fiber is associated with lower inflammation, Shivakoti adds.

Previously, a study by Tate & Lyle found that adding fiber to everyday foods can reduce the risk of heart disease and Type 2 diabetes in 72% of the UK population.

Meanwhile, according to a Zoe Predict study, gut-friendly personalized meals (such as those containing fiber) may help prevent menopause difficulties.

High amounts of salt in diets can significantly increase corticosterone – the equivalent of corticosteroid, the so-called “stress hormone” in humans... Read More