You are in : All News > Celiac disease: Micronutrient deficiencies are common at time of diagnosis, study reveals 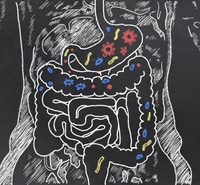 25 Jun 2019 --- Micronutrient deficiencies are common at the time of celiac disease diagnosis in adults, according to a new study by Mayo Clinic researchers. These deficiencies, which include vitamins B12 and D, as well as folate, iron, zinc and copper, should be addressed at the same time as celiac diagnosis, researchers urge.

The study was retrospective, examining 309 newly diagnosed adults from 2000 to 2014. It was also found that low body weight and weight loss were less common, which was unexpected as they are commonly associated with celiac disease. The average body mass index was categorized as being overweight, while only 25 percent of patients reported weight loss.

Prior to this study, micronutrient deficiencies had been observed in patients with celiac disease, but this had not been evaluated in a more contemporary group of patients. Speaking about the inspiration for researching this connection, Adam Bledsoe, M.D., a gastroenterology fellow at Mayo Clinic’s Rochester campus and the study’s primary author, tells NutritionInsight, that “since we had been seeing less and less classic symptoms of celiac disease such as diarrhea and weight loss, and our diet has so much fortification and supplementation, we had questioned if these micronutrient deficiencies are still present.”

Click to EnlargeThe most common deficiency was zinc, which was observed in 59 percent of patients. There are potential consequences to health, but the specific clinical implications are not known. Bledsoe notes how the study findings are important for any healthcare provider diagnosing celiac disease, as it is vital to evaluate for these deficiencies at the time of diagnosis.

“It was somewhat surprising to see the frequency of micronutrient deficiencies in this group of newly diagnosed patients, given that they were presenting fewer symptoms of malabsorption,” Bledsoe continues. “Our study suggests that the presentation of celiac disease has changed from the classic weight loss, anemia and diarrhea, with increasing numbers of patients diagnosed with nonclassical symptoms.”

Bledsoe acknowledges that the retrospectivity of the study was an obstacle, as they wanted to capture nutrient deficiencies at the time of diagnosis, not after supplementation had been started. However, they were able to utilize their Celiac Disease Registry with patient-reported symptoms from the time of diagnosis, as well as having a very tight window of micronutrient assessment around the diagnosis date.

Another limitation of the study is that it describes serologic deficiencies, or those found in blood tests, instead of deficiencies that manifest with noticeable effects. “Our hope would be to study this further, including prospectively. This would help with understanding the effects of the deficiencies and supplementation strategies,” Bledsoe notes.

The research backing the fight against celiac disease
The consumption of gluten, which is a protein found in wheat, barley and rye, triggers an immune response in the small intestine of people with celiac disease. Eventually, damage to the intestine lining occurs and stops it from absorbing some nutrients, leading to diarrhea, fatigue, anemia, weight loss and other complications. The prevalence of the disease has increased over the last 50 years and is thought to currently occur in 1 in 141 Americans.

Additionally, research earlier this year showed that it could be possible to produce gluten-free wheat using modern biotechnology. Through the use of gene editing tool CRISPR/Cas9, which can remove “toxic” epitopes from the gluten protein, it may also be viable to produce gluten which does not trigger autoimmune responses in celiacs, meaning that baked products could be safely consumed without sacrificing gluten’s unique characteristics.