You are in : All News > CBD’s GRAS status denied: FDA emits further warnings on compound’s legality amid safety concerns 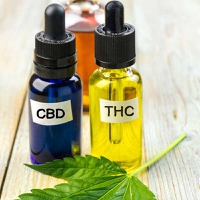 26 Nov 2019 --- Amid the industry buzz around cannabidiol (CBD), the US Food and Drug Administration (FDA) has sent a firm reminder on the compound’s non-legal status. The agency warned 15 companies for illegally selling products containing CBD, ranging from marketing unapproved new human and animal drugs, selling CBD products as dietary supplements and adding CBD to foods. Based on the lack of scientific information supporting the safety of CBD in food, the FDA is also indicating today that it cannot conclude that CBD is generally recognized as safe (GRAS) among qualified experts for its use in human or animal food.

In response to the update, Steve Mister, President & CEO, Council for Responsible Nutrition, says that the FDA “unnecessarily alarmed” consumers with their “headline grabbing announcement on the potential health risks of CBD-containing products consumed by over 20 million Americans without any plan to address it.” Although the agency's move does raise important questions over the safety of CBD, it seems to make no move to address it.

In a July publication, Brightfield Group, a market and consumer intelligence firm for the legal CBD and cannabis industries, uncovered numerous shifts across the US CBD industry, signaling a seven-fold increase in the market. With hemp-derived CBD gaining in popularity – in line with health, wellness and anti-pharma trends – and product availability and variety increasing, the market was predicted to be on track to grow to US$23.7 billion through 2023.

Interest in the compound began rising last December when US Congress passed the 2018 Farm Bill. Among other things, this law established a new category of cannabis classified as “hemp” – defined as cannabis and cannabis derivatives with up to 0.3 percent concentrations of the psychoactive compound tetrahydrocannabinol (THC) on a dry weight basis.

However, market proliferation has not been met with updated regulatory policy, meaning the legality of such NPD is under question. Furthermore, there remain significant gaps in knowledge around purity and toxicity levels, as well as adequate dosage and potential health risks. The continuation of the unclear regulatory environment means, however, that hard data to answer such questions is lacking.

“We remain concerned that some people wrongly think that the myriad of CBD products on the market, many of which are illegal, have been evaluated by the FDA and determined to be safe, or that trying CBD ‘can’t hurt,’” says FDA Principal Deputy Commissioner Dr. Amy Abernethy.

“As we work quickly to further clarify our regulatory approach for products containing cannabis and cannabis-derived compounds like CBD, we’ll continue to monitor the marketplace and take action as needed against companies that violate the law in ways that raise a variety of public health concerns,” she says.

In addition, animal studies have shown that CBD can interfere with the development and function of testes and sperm, decrease testosterone levels and impair sexual behavior in males. Questions also remain about the cumulative use of CBD and about CBD’s impacts on vulnerable populations, such as children and pregnant or breastfeeding women.

Warning letters
CBD is marketed in a variety of product types, such as oil drops, capsules, syrups, food products, such as chocolate bars and teas, and topical lotions and creams. 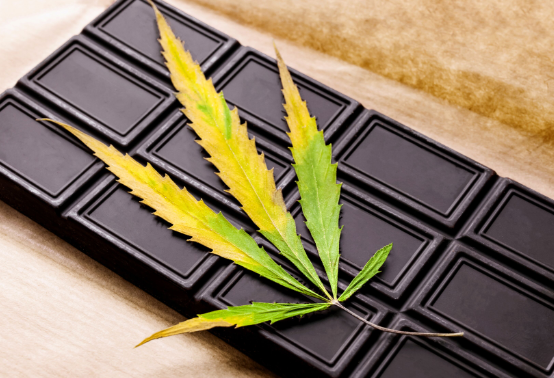 CBD is marketed in a variety of product types, such as oil drops, capsules, syrups, food products, such as chocolate bars and teasAs outlined in the issued warning letters, the companies targeted are using product webpages, online stores and social media to market CBD products in interstate commerce in ways that violate the FD&C Act, including marketing CBD products to treat diseases or for other therapeutic uses for humans and/or animals.

Other violations include marketing CBD products as dietary supplements and adding CBD to human and animal foods.

The FDA has previously issued warning letters to companies operating in the CBD space. It has also made some progress on the regulatory from amid calls from the industry on clarity, but the process continues to be slow-moving.

In a positive move for the CBD space, last week CBD obtained by “synthetic means” became excluded from the US Controlled Substance Act (CSA) regulatory controls, as long as they contain no more than 0.3 percent tetrahydrocannabinol (THC). This is according to a letter from the US Drug Enforcement Agency (DEA) received by Purisys, a producer of major cannabinoids relevant to pharmaceutical and consumer products, as well as degradants, metabolites and analytical reference standards.

Industry response
The Council for Responsible Nutrition lays out a number of issues in the FDA's update and its mild warnings to companies operating in the space. In one example, it says that FDA invokes potential adverse effects from CBD, but does not distinguish between the high doses delivered in the approved prescription drug and supplement levels. It is worth noting the CBD prescription drug Epidiolex uses daily doses that could be up to 1,500 mg; many supplement products in the market provide suggested daily doses of less than 50 mg/day or less.

Also, it notes that FDA’s announcement acknowledges the presence of CBD-containing products that are in serious violation of general dietary supplement regulations—products that include appreciable levels of the psychoactive compound THC; ones whose CBD content does not come close to matching the labeled amounts; and still others that contain unsafe levels of pesticides, heavy metals or other contaminants. Third-party analyses by watchdog groups confirm these concerns. “FDA has the authority to mandate recalls, to begin seizures of potentially harmful products, and to issue injunctions, but instead, the agency is choosing to issue tepid warning letters about CBD while the market of poorly made products continues to explode.”

Moving forward, the council says that, “it is not too late for FDA to do the right thing: it should explicitly open the dietary supplement lane to CBD and be the ‘cop on the beat’ enforcing the whole range of dietary supplement laws and regulations against those products.”