You are in : All News > Active botanicals: IFF Health and BY-HEALTH link up to explore anti-aging ingredients 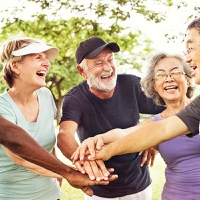 “Our purpose at IFF Health demands more than just being a healthy ingredients company,” says Dr. Raimund Hoenes, General Manager IFF Health. “This requires a committed partner to put uncommon sense to work in order to reinvent and refocus our industry. But more than giving consumers new products to support their healthy lifestyle, it’s also about how we deliver that capacity. BY-HEALTH’s focus on innovative research and development matches our commitment to quality, safety, science and innovation.”

Anti-aging ingredients are gaining traction as the global population continues to live well into older age. According to the World Health Organization, by 2050 the global population of people over the age of 60 will more than double to two billion. Economic stresses combined with increasingly better health and nutrition are expected to keep these seniors working and active. Moreover, the population of those living past 80 years is projected to nearly triple to almost half a billion.

The space has attracted widespread R&D attention. In May, Nestlé Health Science entered into a strategic partnership with Amazentis, a pioneer in science-driven nutritional health, to develop its new cellular nutrient Urolithin A. As part of the collaboration, the two companies will also conduct a joint research program to expand applications of Urolithin A – a pioneering cellular nutrient that supports mitochondrial health – into new consumer health and medical areas.

A diet rich in fruits, vegetables and whole grains and low in added sugar, sodium and processed meats boosts cellular aging. The science behind aging
Together, IFF Health and BY-HEALTH are researching the production and international development of science-based anti-aging ingredient formulations.

The formulations will have a special focus on fighting cellular oxidative stress, support of intracellular health such as of the mitochondria and telomerase research.

Telomeres are the repetitive nucleotide sequences that cap chromosomes and protect them from deterioration or from fusing with neighboring chromosomes. This helps promote healthy cell replication and turnover. These biological functions have been identified as being key factors in the process of aging. Age is the strongest predictor of telomere length – telomeres shorten in length during each cell cycle.

Indeed, earlier this year, researchers measured the leukocyte telomere length (LTL) of people Alzheimer’s disease. LTL has been known to be associated with cognitive decline as well as a decline in LTL with aging. The study showed the LTL is shorter in Alzheimer subjects and also that excessive nitrosylation of γ-tocopherol influences the risk of developing Alzheimer’s only in those individuals with preserved telomere length (i.e., biologically younger).

Other studies have also shown that telomeres can also be shortened due to behavioral, environmental and psychological factors. Shorter telomeres have been associated with an increased risk for heart disease, Type 2 diabetes and some cancers.

Meanwhile, a healthy diet that is rich in fruits, vegetables and whole grains and low in added sugar, sodium and processed meats has been found to boost cellular aging. In this study, published in the American Journal of Epidemiology, researchers used telomere length to measure cellular aging.

One such ingredient, publicized by the Nestlé Health Sciences and Amazentis partnership, is Urolithin A (UA). The ingredient has a strong safety profile as recognized by its recent, successful Generally Recognized as Safe (GRAS) filing with the US Food and Drug Administration (FDA).

Prunes poised as tool to combat osteoporosis, US study flags

Eating 100 g of prunes per day has been shown to have a protective effect on bone health in men over the age of 50, according to a study by San Diego State University,... Read More

With a rapidly aging global population, Beneo argues the 50+ market holds lucrative potential for ingredients like isomaltulose and prebiotics. To succeed, it is crucial... Read More

Blood sugar management is a crucial aspect of aging healthily as biological processes slow down and the elasticity of the metabolism becomes less effective. This is... Read More

IFF Health is further consolidating its business with Howaru – formerly part of DuPont – with a new website set to provide technical insights for the... Read More