You are in : All News > CBD for elite sports? Fourfive calls for UK gov to trial medicinal cannabis for sports nutrition 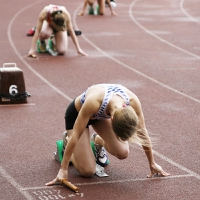 05 Jul 2021 --- Amid controversy around cannabis use and the Olympics, Fourfive is calling on the UK’s sports governing bodies to start clinical trials into the effectiveness of CBD and medical cannabis in professional sport. The CBD nutrition brand’s move seeks to accelerate the use of these ingredients for sports nutrition.

“We want trials in place to measure the impact of CBD and medical cannabis can have on athletes who are experiencing different issues, and we want to see how this compares with the current treatments on offer,” Dom Day, co-founder of Fourfive, tells NutritionInsight.

“In addition, the World Anti-Doping Agency (WADA) could also clear up and update its recommendations to include other cannabinoids beyond just CBD.”

Why is cannabis penalized?
The news comes at a heated time surrounding the Olympics and cannabis use. US track athlete Sha'Carri Richardson has been suspended for one month after testing positive for THC, one of over a hundred cannabinoids in cannabis.

Richardson failed a drug test following her Olympic qualifying 100 m race victory at the US Olympic Track and Field Trials, according to the US Anti-Doping Agency (USADA).

According to USADA, for a substance to be added to WADA’s prohibited list, it must meet two of the three inclusion criteria:

Though WADA has increased the threshold for a positive test, it has not taken marijuana off the list because it still asserts that the drug meets at least two of the above criteria.

Fourfive seeks to accelerate the use of medicinal cannabis products for sports nutrition.In 2019, WADA exempted CBD, which is an isolate, from this category. However, all other cannabinoids, whether natural or synthetic, are prohibited in-competition.

Following in US’s footsteps
Two weeks ago in the US, both the NFL and NFLPA pain management committees committed to a US$1 million grant to support research into the effects of cannabis, cannabinoids and non-pharmacologic treatments on pain and athletic performance in US football.

“Like the NFL has, we want the UK’s sport bodies including the RFU, the FA and even Sport England to step up and commit to research that looks at the benefits of CBD and medicinal cannabis so the industry can fulfil its potential,” says Day.

“If the NFL can do this, so can every other sport. At the end of the day this is about athlete welfare, that is what matters,” he continues.

Used by athletes
Since WADA sanctioned the use of CBD by athletes in sport, Fourfive has led the UK’s awareness and supply of premier grade CBD, building a stable of advocates from many professional sports sectors as well as many 1000s of customers.

But individual sports governing bodies as well as Sport England have thus far been reluctant to show any leadership or foresight on the topic, the company says.

“The fact is that thousands of UK athletes are choosing CBD to manage pain as an alternative to standard pharmacological treatments.”

“We are hearing from countless customers about the benefits of CBD, not just from athletes but from anyone who leads an active lifestyle, they are telling us that CBD helps with pain management, sleep disorders and anxiety,” Day notes.

A booming UK CBD market
The Association for the Cannabinoid Industry (ACI) and Centre for Medicinal Cannabis (CMC) has estimated the cannabidiol (CBD) industry will generate £690 million (US$959 million) in annual sales for 2021.

Meanwhile, The Food Standards Authority (FSA) has moved to provide regulation around the supply of CBD through its Novel Food directive, but sports authorities have been reluctant and slow to provide guidance and evidence to the athletes they represent.