You are in : All News > Calls for nutrition industry to step up as UK obesity-related hospital admissions surpass 1M 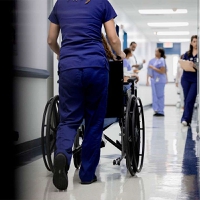 19 May 2021 --- Obesity was a factor in more than one million admissions to UK National Health Service (NHS) hospitals last year, according to new figures from 2019/20 published by NHS Digital. NutritionInsight speaks with industry players about the role of businesses in combating obesity.

“It’s clear that more needs to be done by the food, drink and nutraceutical industries to combat the global obesity epidemic,” says Stephen O’Hara, CEO at OptiBiotix, which develops microbiome modulation technology.

This means supporting consumers by providing scientifically and clinically proven functional ingredients and products, which reduce hunger and food cravings,” he outlines.

Consumers can then manage the amount and type of food they eat as part of a change in lifestyle to deliver weight loss that is sustainable.

A complex challenge
Tabitha Ward, a senior dietitian in weight management, adds that the nutrition industry should make the healthy choice the easy and most affordable choice for all.

“Evidence-based information should also be readily available to educate those on how to follow a healthier lifestyle.”

However, she explains that it is not helpful to place the blame for the obesity crisis on any one group. This is because obesity is a complex disease with many contributing factors.

“Instead, the focus should be on how we can help individuals make healthy and informed choices through nutrition education and healthy lifestyle habits. This could be done through policies from the government to address health inequalities in a way that clearly states lays out implementation.” NHS Digital reports that 27 percent of men and 29 percent of women were obese.

Mixed findings
NHS Digital’s data reports that a total of 1.02 million Finished Admission Episodes (FAEs) were recorded with obesity as a primary or secondary diagnosis, an increase of 17 percent from 2018/19. Some of this increase may be due to improved recording.

However, Ward points out that in 2009-10, there were only 142,219 obesity-linked hospital admissions, so the numbers have drastically increased in the past ten years.

“Sharing these statistics highlights the severity of the problem. For change to happen, awareness of the problem is the first step. Then public policies can be created to help individuals make healthier choices, and funding can be allocated to individual authorities,” says Ward.

Most at-risk groups
Dropping 4 percent from the previous year, there were 6,740 Finished Consultant Episodes (FCEs) with a primary diagnosis of obesity and a main or secondary procedure of “Bariatric Surgery” in 2019/20. This marked a fall of 4 percent from 2018/19 (7,011).

The data also identifies which patterns within certain demographics. For example, women accounted for two-thirds (64 percent) of hospital admissions where obesity was a factor and 80 percent of patients undergoing bariatric surgery.

In September, a National Audit Office report found that UK childhood obesity is worsening, costing the NHS an estimated £6.1 billion (US$7.9 billion). Nearly 23 percent of adults were classed as inactive in 2019/2010.

Industry’s role
Ward points out that there are many factors involved in the F&B industry’s role in obesity rates.

“For example, ultra-processed foods may be convenient for those with busy lifestyles, but these can be high in fat, sugar and salt. These foods are both readily accessible and cheap to purchase. However, they rarely lead to feelings of fullness and leave the consumer wanting more,” she explains.

Meanwhile, OptiBiotix is spotlighting how its weight management ingredient, SlimBiome, can be used as part of a calorie-controlled diet to reduce body weight, body fat, waist and hip circumference.

A recent study conducted by the University of Roehampton found it can also address cravings for sweet and savory foods with statistical significance in obese female adults.

The role of COVID-19
NHS Digital’s findings follow UK Prime Minister Boris Johnson’s declaration of “war on obesity” last summer. As it became clear that obesity is linked with worse COVID-19 impacts, the government introduced a raft of measures, including tighter restrictions on food marketing.

OptiBiotix also points out that many UK consumers reported eating more fruit and vegetables during the first national lockdown.

“The nutraceutical industry must unite together during the global health crisis to retain the positive lifestyle changes many consumers have made since the start of the pandemic. By helping them adopt a healthier lifestyle now, we can make a big difference to worldwide public well-being in the years to come,” concludes O’Hara.

The Center for Science in the Public Interest (CSPI) has criticized the US Congress for failing to include a pathway to free healthy school meals for all students... Read More