You are in : All News > Brain health nutrient may be as important for vegan diets as B12, notes UK nutritionist

Brain health nutrient may be as important for vegan diets as B12, notes UK nutritionist

Choline is an “under-considered” nutrient for brain health 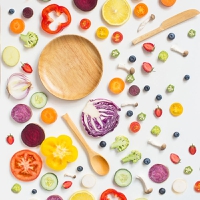 03 Sep 2019 --- The plant-based diet has been hailed for both its health halo and positive environmental impact, but a nutritionist has warned that it may risk worsening deficiencies in a key nutrient – choline. Calls for a move to plant-based diets are increasing in the name of the planet and our health. But now, Dr. Emma Derbyshire, of Nutritional Insight, a consultancy company specializing in nutrition and biomedical science, says that those moving to such a diet must carefully monitor their choline intake. The way that the mainstream media has jumped on her findings and “over-exaggerated them” in recent days illustrates the lack of understanding around choline, she tells NutritionInsight.

Choline is an essential dietary nutrient but the amount produced by the liver is not enough to meet the requirements of the human body. Not only is it critical to brain health, particularly during fetal development, but it also influences liver function. Shortfalls of the nutrient are linked to irregularities in blood fat metabolism, as well as excess free radical cellular damage, writes Dr. Derbyshire.

Click to EnlargeAs the number of vegans increases, the need for understanding about the nutritional aspect of the lifestyle rises. However, some corners of the media have exaggerated the findings, putting forward that vegan diets may be unhealthy due to their tendency to be low in choline. Derbyshire explains that her report simply shows that the UK is failing to recommend and monitor dietary levels of choline, both for vegans and non-vegans.

“The paper pointed out that studies are needed to decipher whether vegan diets lack choline. Present science, however, does suggest that about one in ten people are under-consuming choline and that eggs, milk and meat are some of the main dietary choline sources. Therefore it seems logical that a shift away from these foods could impact on choline intakes,” she says.

Importantly, the lack of knowledge around the brain health nutrient is partly why “sensationalist” coverage has concerned the public. Derbyshire calls for more emphasis to be placed on monitoring the nutrient, especially for those following a plant-based diet.

As the number of people following plant-based diets increases, the need for research and understanding about the nutritional aspect of the lifestyle rises. Plant-based growth has been a significant theme for several years, but the extent to which it became mainstream in both vegetarian and vegan products/populations became clear throughout 2018. According to data from Innova Market Insights, there has been more than 45 percent average annual growth in food & beverage launches with a vegan positioning (CAGR, 2013-2017).Click to EnlargeDr. Emma Derbyshire, of Nutritional Insight.

Increasing knowledge around choline should be the next step. The nutritionist calls for a question about the intake of the nutrientto be added to UK food surveys. “This will give us a better idea of how much people are obtaining from their diets and from which food sources. From this, practical implementations can be put into place.”

In terms of public knowledge, the aim is to elevate it to the level of B12, she notes.

How can we get more choline?
As explained by Derbyshire, choline is present in animal products such as eggs, milk and meat.

Heather Russell, a Registered Dietitian working at The Vegan Society, says that, “choline requirements and intakes in different dietary groups are poorly defined at present.”

She notes that the nutrient is widely distributed in plant-based foods because it’s present in cell membranes.

“Soy products, quinoa and broccoli are some of the best plant-based sources. You do not need to take a choline supplement when you switch to totally plant-based nutrition if you eat a balanced and varied diet containing plenty of minimally-processed plant foods. The evidence base shows that this way of eating can support excellent health.”

Looking ahead, Derbyshire hopes that her paper will drive research in this area and help scientists to integrate and consider including choline data alongside other nutrients within their studies.

Click to EnlargeVegans can achieve optimal nutritional levels on an animal-free diet.Moving to plant-based: The best move for our health?
The move to plant-based diets is supported from an environmental point of view.

In January, The Lancet commission hit the headlines with its suggestions of a radical diet change to improve health and the planet. Researchers are calling for a diet that consists of approximately 35 percent of daily calories derived from whole grains and tubers; protein sources mainly from plants – but including approximately 14g of red meat; and 500g of fruits and vegetables.

When it comes to health, it has long been noted that vegans can achieve optimal nutritional levels on an animal-free diet. A recent twenty-year study found that diets high in plant-based protein may even contribute to a longer life.

Yet, certain nutrients must be catered for through supplementation as seen with vitamin B12, which is particularly the case for children and pregnant women. Following further research, choline supplementation may go the same way, explains Derbyshire.

25 Jan 2021 --- Plant-based low-fat diets may result in more significant weight loss than low-carbohydrate diets that include animal products, a study from the US National... Read More

22 Jan 2021 --- Agrana Fruit has released its 2021 global consumer trends for the F&B sectors, with plant-based, gut health and immunity themes running throughout. With... Read More

21 Jan 2021 --- Weight management has gained renewed importance as the COVID-19 pandemic pushes the pursuit of a healthy lifestyle to the fore. NutritionInsight continues... Read More

11 Jan 2021 --- Qualitas Health has landed US$10 million in venture funds at a US$73 million post-money valuation. The algae specialist offers omega 3 products via its Iwi brand... Read More