You are in : All News > Beta-sitosterol: Researchers patent plant sterol for anxiety relief 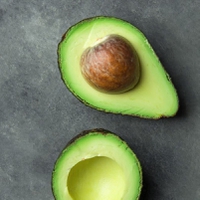 25 May 2021 --- Beta-sitosterol, a natural food sterol traditionally known to reduce cholesterol levels, has acutely reduced anxiety in a mouse study from the Weizmann Institute of Science, Israel.

The plant-derived substance was found to produce this effect both independently and in synergic combination with fluoxetine, an antidepressant known under the brand name Prozac.

“It is still early to evaluate the real impact of our study on such a diverse and ever-growing [nutraceutical] market,” lead author Dr. Nicolas Panayotis from Weizmann’s Department of Biomolecular Sciences tells NutritionInsight.

Panayotis applied for a patent with co-author Professor Michael Fainzilber, aiming to license beta-sitosterol to industrial and pharmaceutical companies interested in anxiety-related disorders. However, Panayotis adds it is “too early” to disclose any information on potential partners.

A need for naturality
Published in Cell Reports Medicine, the study highlights currently available treatments for anxiety and stress-related disorders rely heavily on the pharmacological modulation of hormones and neurotransmitter systems. 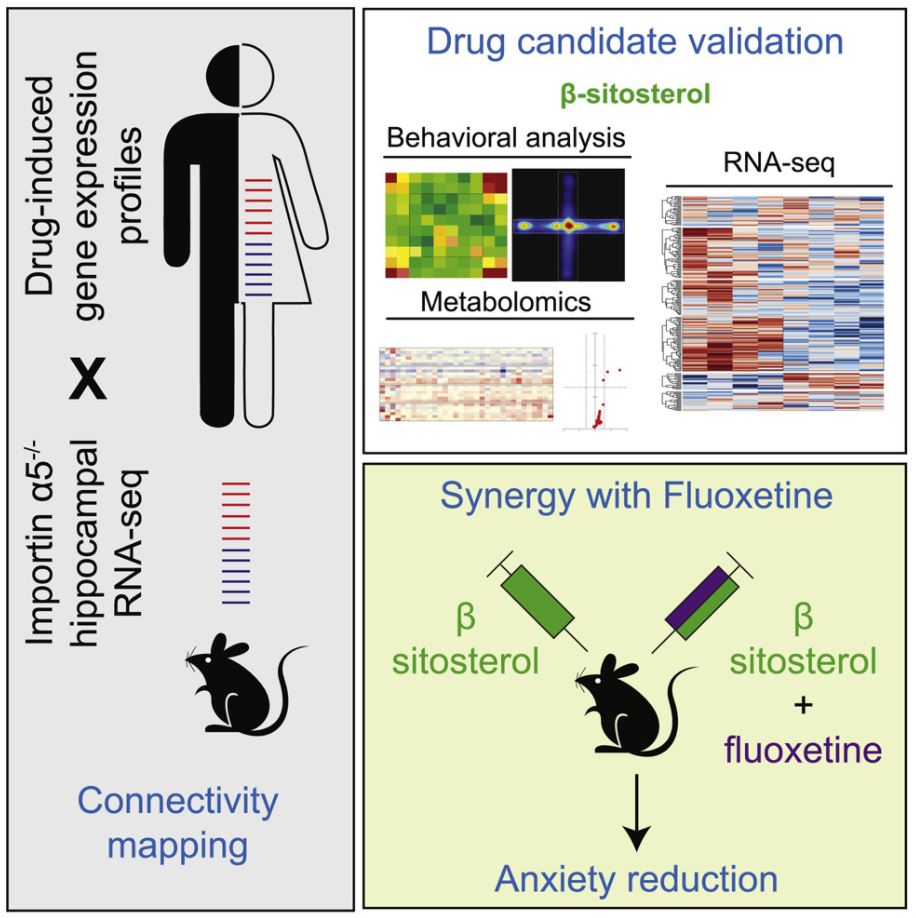 The study found beta-sitosterol reduced mice’s anxiety both in standalone treatments and when combined with Prozac.“The suboptimal efficacy and side-effect profiles of current anxiolytics have motivated a search for new targets and drug candidates in this area,” state the authors.

Panayotis flags an “urgent need” to find or develop drugs with little or no side effects, which could be tolerated over long periods of treatment.

Innova Market Insights data spotlights how the naturality trend is defining the nutraceutical industry. Fifty-seven percent of consumers perceive natural products to be safer than synthetic or artificial products, according to the market researcher, while 60 percent said they were better for the environment.

Notably, the most common positioning for food, drinks and supplements launched with natural ingredients in 2020 was No Preservatives and Additives – found in nearly a fifth of these launches.

Respecting “good anxiety”
The Weizmann Institute of Science highlights that anxiety is “not always a bad thing.” In evolutionary terms, anxiety makes the body physically alert to potential threats, which is “critical for survival.”

However, developing anti-anxiety drugs is challenging because the circuits for anxiety in the brain are closely related to those responsible for memory, awareness and other functions vital for handling danger.

In a series of behavioral experiments, mice given beta-sitosterol showed much less anxiety than the controls. They were, for example, less fearful than the controls when placed in an illuminated enclosure. Here, they dared to walk into its brightly lit center, whereas regular mice were careful to stay on the darker periphery, avoiding the stress of the bright light. 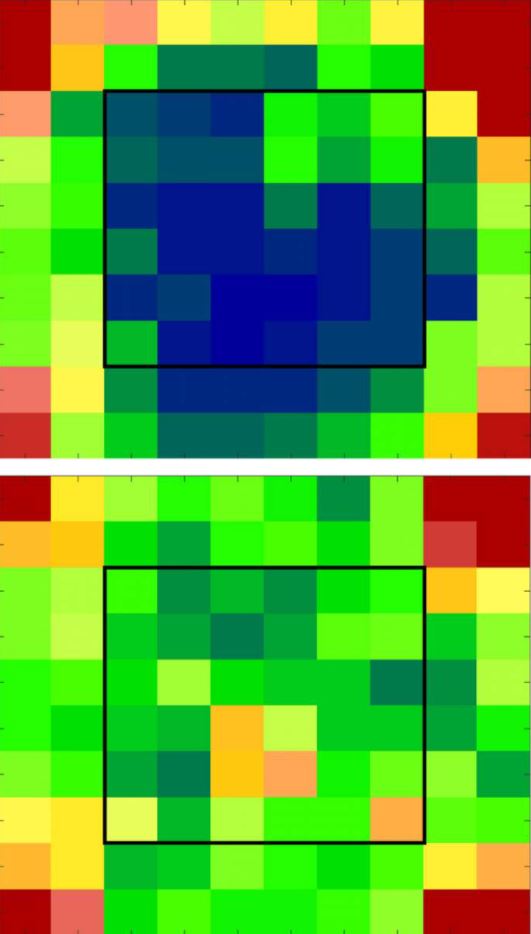 Warm colors show where mice spent more time in an illuminated enclosure. Mice supplementing with beta-sitosterol were less fearful and dared to explore the center (bottom).Moreover, the mice receiving beta-sitosterol did not exhibit any of the side effects that might be expected from anti-anxiety medications – their locomotion was not impaired and they did not refrain from exploring novel stimuli.

When combined, beta-sitosterol and fluoxetine synergistically reduced the anxiety of mice at lower doses, compared with the doses needed to produce the same effect when they were administered separately.

Too much of a good thing?
Beta-sitosterol is “not novel per se,” Panayotis details. The plant sterol is naturally present in fruits, grains and cereals, including avocados, pistachios, almonds and canola oil. “Avocados are specifically and particularly enriched in beta-sitosterol,” Panayotis adds.

While beta-sitosterol has a “pretty good safety profile” for human consumption, some research links overconsumption to digestive problems.

“The dosage we believe is anxiolytic in mice is not achievable by consumption of avocados,” Panayotis flags. “You’d need to eat avocado day and night to get the right dose – and you would be more likely to develop digestive problems than relieve your anxiety.”

Research from 2019 echoed the notion that eating avocados alone is unlikely to produce beneficial health outcomes, as their active compounds can vary widely per fruit.

Clinical trials can identify the right dose, regimen and formulation in humans, as well as in anxiety disorders that would be “clearly clinically defined.”

“Comprehensive clinical trials can be very long. Many parameters can affect their timeline including the possibility to partner with the relevant clinicians, recruit patients and collect meaningful data,” Panayotis emphasizes. 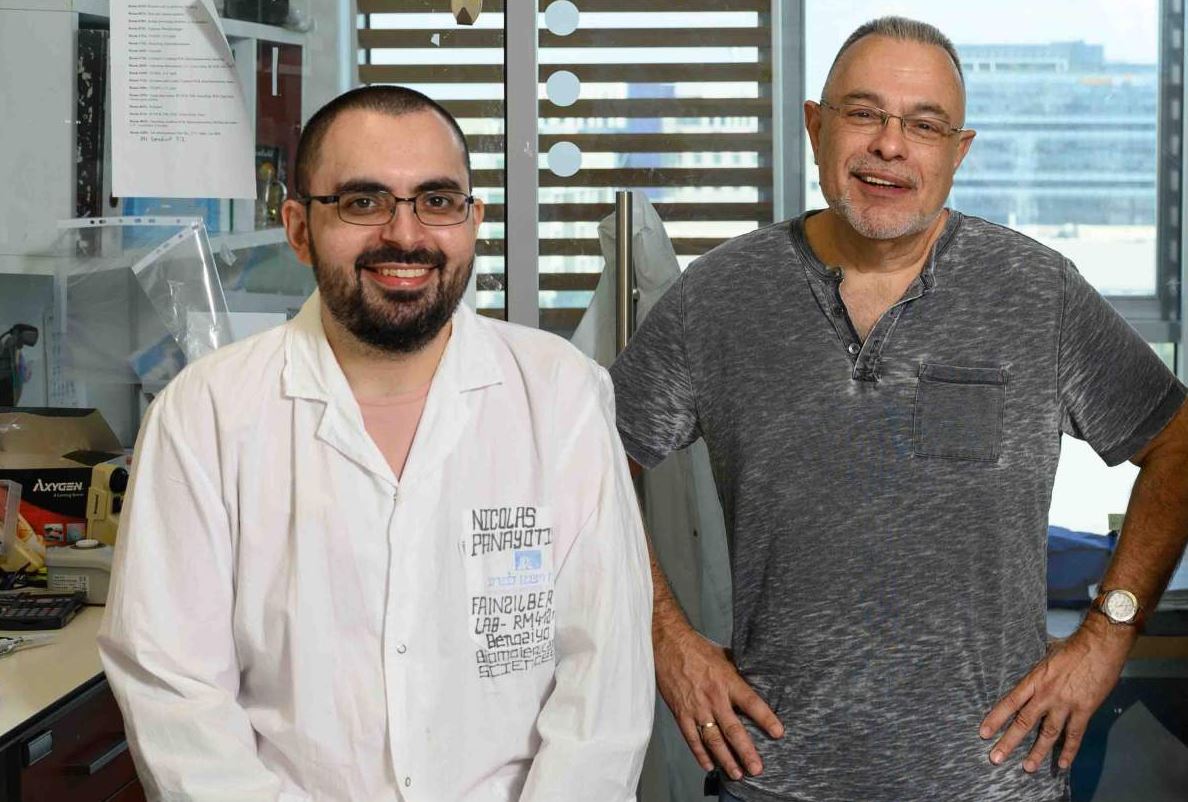 Prof. Michael Fainzilber and Dr. Nicolas Panayotis.However, he remains hopeful such trials will be achieved “within a reasonable time frame,” considering the FDA-approved drugs under study can make the time to trial shorter.

Infant formula enriched with nutrients or supplements does not offer long-term benefits to exam scores, according to a UK study. Researchers also argue that added... Read More

In what is tipped as one of the largest investment rounds to date in Asia’s cell-based food sector, TurtleTree has landed US$30 million. This first tranche of... Read More

A restricted caloric diet reduces the availability of fatty acids needed to develop tumors, thus decreasing cancerous growth. This is according to researchers from the... Read More