You are in : All News > BASF-funded research suggests specific roles of DHA and EPA in sleep quality 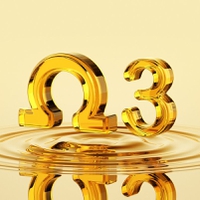 29 Jan 2021 --- BASF has funded a study investigating the varying effects of DHA-rich versus EPA-rich supplementation on sleep.

The Nutrients-published study revealed participants supplementing with DHA-rich oil improved their sleep efficiency and latency (the time it takes to fall asleep), but also reported feeling less energetic compared to the placebo group.

The researchers noted a trend in the DHA group toward feeling less rested and ready to perform than those given EPA-rich oil.

“It would appear that direct actions of DHA are important for the regulation of sleep whereas the role of EPA is less well known,” corresponding author Philippa Jackson from UK-based Northumbria University tells NutritionInsight.

“These groups did not spend the same amount of time in bed, as minutes in bed was also increased in the DHA group.”

“BASF strongly believes in potential of Omega-3 to support multiple health and wellness benefits to humans. Sleep is one of the promising topics,” a BASF spokesperson tells NutritionInsight.

Differences in DHA and EPA supplementation
The researchers state their study was the first to demonstrate some positive effects of dietary supplementation with omega 3 polyunsaturated fatty acids (n-3 PUFA) in healthy adult normal sleepers. 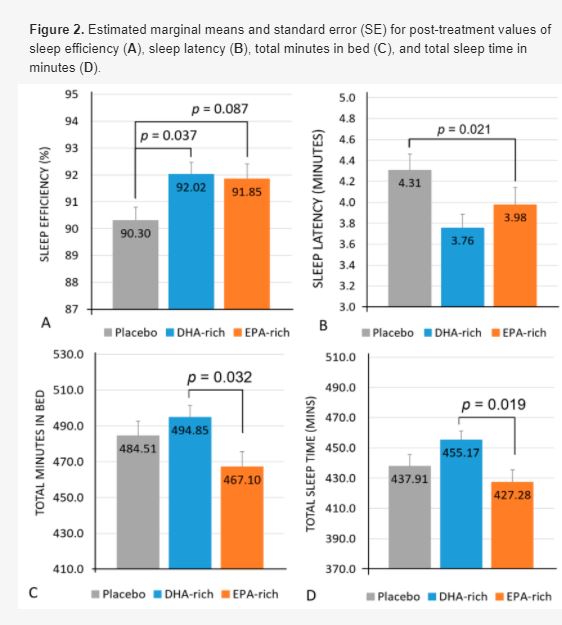 The BASF-supplied treatment capsules were provided as 1 g daily doses:

Actigraphy recordings were taken for the seven days and nights prior to the baseline. Participants completed sleep diaries to record time in and out of bed, while wearing actigraphy WGT3X-BT watches for seven consecutive days and nights.

Done both prior to commencing and before completing the 26-week supplementation period, the watches calculated sleep latency, efficiency, total sleep time, total minutes in bed and number of times they woke up.

No good explanation?
The researchers’ analysis identified the DHA-rich but not the EPA-rich group as showing significantly shorter sleep latency, as compared to placebo.

They also found a significant interaction between treatment and how far into the study that sleep latency was affected.

The study revealed the DHA-rich group had a significantly shorter latency period compared to both the placebo and the EPA-rich groups on night 1.

In contrast, both the DHA-rich and EPA-rich groups had a significantly shorter latency period compared to placebo on night 6.

“Although we saw, compared to EPA, DHA resulted in more minutes of sleep, this treatment was also associated with some negative subjective effects in terms of feeling less energetic (versus EPA) and rested (versus placebo),” notes Jackson.

“Currently, we have no good explanation for that, which is why we really need to do some more work looking at the effects of these fatty acids on sleep architecture.” 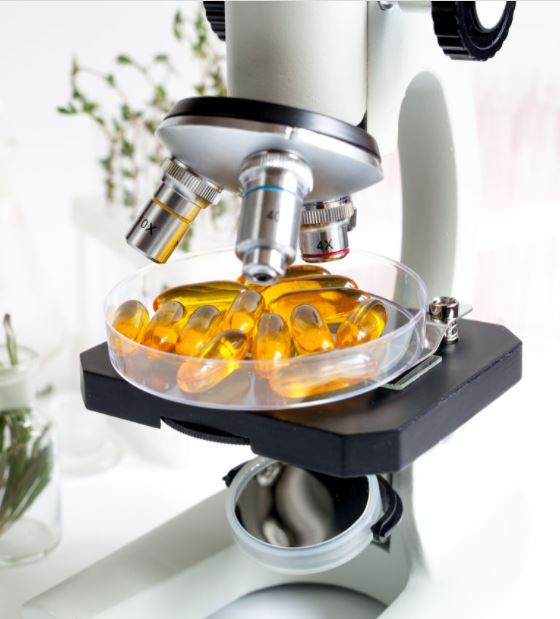 The authors state further research should take the serotonin/melatonin synthesis pathway into consideration.

Health benefits of omega 3s
Omega 3s like DHA and EPA are industry staples in addressing cardiovascular, brain and eye health. They are also applied across a range of market categories and are often tracked in bakery, dairy, cereal and snack products.

Despite their prominent market positioning, there is ample room for more research in the fatty acids.

Future research could take body composition into account when recruiting participants, for example. This is considering overweight and obese individuals can have increased inflammatory profiles and are more likely to experience sleep disorders.

“The link between diet and sleep and ‘chrononutrition’ is already a rapidly growing area of research and I think there will be lots of exciting data published in this field over the next couple of years,” Jackson declares.

In the meantime, the BASF spokesperson concludes the company continues to seek collaboration with academia in developing the science of omega 3 benefits.

Climate change could result in a decrease of omega 3 acids available for both fish and humans, a study by the Woods Hole Oceanographic Institution (WHOI) reveals.

Celesta Company and Nurish Brands are partnering to launch a line of functional beverages targeting sleep and relaxation.