You are in : All News > Addressing pill fatigue: Vitamin D spray just as effective as tablets, finds study 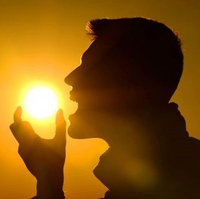 23 Oct 2019 --- New research quells the fear that oral sprays are a less effective delivery format for vitamin D than tablets. Following a partnership with BetterYou, a UK-based company behind the nation’s first vitamin D oral spray, scientists from the University of Sheffield found that the oral spray was as efficacious as a capsule. It also supported the same rate of improvement in vitamin D levels among the trial volunteers. This means that consumers can safely choose between delivery formats, without risking developing health complications from vitamin D deficiencies.

“While the results weren’t surprising, we felt it was important to know that oral sprays – which are becoming widely available – do actually work. Critically, this means that users have a choice. Some do prefer capsules, but most preferred the ease of the spray. For people overloaded with pills, this finding could help address pill fatigue,” Dr. Bernard Corfe, Senior Lecturer in Molecular Gastroenterology at the University of Sheffield and Principal Investigator for the trial, tells NutritionInsight.

Of the participants that expressed a preference, 70 percent said they preferred taking vitamin D by an oral spray for ease of use and better taste. Other nutrients are increasingly available in an oral spray format as consumers are seeking alternatives to pill consumption.

“Often people can forget or don’t want to take a daily supplement, especially those who take multiple medications. Children and people who have trouble swallowing due to medical conditions also can also have difficulty taking tablets, so to find that a spray is just as effective at raising people’s vitamin D levels provides a real alternative for those whose vitamin D levels are low,” adds Dr. Corfe.

Forming part of a three-year research project, the head-to-head clinical trial has been published in the European Journal of Clinical Nutrition. It compared the rate of change of vitamin D status in response to a vitamin D3 (3000IU per day) dose. This was studied using both capsule and oral spray (sublingual) methods of delivery.

All participants achieved adequate levels of vitamin D after just 21 days of using an oral spray. Furthermore, individuals who were considered severely deficient at the beginning of the trial (with levels lower than 25(OH)D) experienced the most effective uptake of the supplement. “We were really intrigued that people who were more depleted for vitamin D seemed to take up the vitamin faster, we plan to investigate why this is the case,” says Dr. Corfe.

Vitamin D is essential to keep bones, teeth and muscles healthy.Healthy volunteers took vitamin D over the course of six weeks in 2017 during the height of winter. Dr. Corfe notes that they were careful to recruit subjects during this season, when many people’s stores from the summer months are depleted.

An essential nutrient
Vitamin D is essential to keep bones, teeth and muscles healthy and is especially important for children’s development. However, it can be challenging for people to get enough through their diet. This is exacerbated in winter when the sun is not strong enough to help the body boost its levels.

“There is now more awareness of the need for people to supplement their vitamin D, but only around 40 percent of adults in the UK are considered to have sufficient levels. This research provides an opportunity to highlight the importance of this essential vitamin in supporting overall health. It also highlights a valuable alternative source for those who may struggle to, or prefer not to take tablets,” says Dr. Corfe.

Other UK researchers have been calling for flour to be fortified with the vitamin. They predict that this would prevent ten million new cases of vitamin D deficiency in England and Wales over the next 90 years, as well as saving the public 65 million (US$75.4 million) annually by reducing demand for healthcare and treatment for vitamin D deficiency and its complications.

Previous studies have also found that vitamin D supplementation reduces the risk of cancer death by 16 percent, as well as potentially slowing the progression of Type 2 diabetes in newly diagnosed patients and those with prediabetes.