You are in : All News > Microbial fingerprinting: Harvard University study quantifies the human microbiome 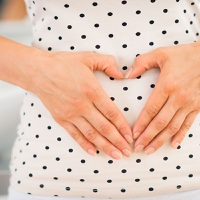 19 Aug 2019 --- In a meta-analysis of the mouth and gut microbiome, Harvard University researchers found over 45 million different sets of genes, in which over half of these were unique to the individual. With this unique insight into our genetic makeup, they seek to build a resource that quantifies the human microbiome, its role in disease and the scale of its genetic diversity. The vast heterogeneity they found has important implications, particularly in the potential of using the microbiome to prevent or detect disease.

Scientists estimate that the human microbiome – the collective body of microbes that populate the gut, mouth, skin and other parts of the body – contains trillions of bacteria, most of them harmless, many beneficial and some disease causing. Mounting evidence has revealed the role of these microbes as powerful modulators of disease and health.

In June, a study at Baylor College of Medicine, Texas, US, shed light on the gut-diet-health triad. Researchers proposed that modifying the microbiome through diet could be part of a strategy to reduce the risk of chronic diseases. While another study linked the gut and disease, finding that supplementation with the pasteurized form of gut-bacteria Akkermansia muciniphila reduced cardiovascular risk factors, moderated pre-diabetes progression, as well as lowered cholesterol levels in obese participants.

Click to EnlargeMounting evidence is revealing the role of microbes as powerful modulators of disease and health.However, the way in which microbial genes are associated with human disease is unclear at this point, Chirag Patel, study co-senior author and Assistant Professor of Biomedical Informatics at Harvard Medical School’s Blavatnik Institute, tells NutritionInsight. “Our findings could have a large impact if – and this is a big if – the microbial genes are associated with human disease. Then, understanding how elements such as our diet change the genetic makeup of our microbiomes will be an important area to understand. Specifically, it may provide a better lens to study the role of nutrition in disease risk.”

“The next step would be to see how these genes are now associated with human disease. The impact could be large. Imagine that instead of targeting an individual species, we could specifically target the function of those species (the genes). This would mean more specific treatments. But we are far, far from that lofty goal,” she adds.

Mapping the microbiome
Most research to date has focused on mapping the types of bacteria that inhabit our bodies to determine whether and how the presence of a given bacterial species might affect disease risk. By contrast, the new research delves far deeper, looking at the genes that make up the various microbial species and strains.

In the study, the researchers set out to estimate the scope of microbial genes in the human body, gathering all publicly available DNA sequencing data on human oral and gut microbiomes. In total, they analyzed the DNA of some 3,500 human microbiome samples, of which more than 1,400 were obtained from people’s mouths and 2,100 from people’s guts.

More than half of all the bacterial genes (23 million) occurred only once, rendering them unique to the individual. The researchers termed these unique genes “singletons.” Of the 23 million singletons, 11.8 million came from oral samples and 12.6 million came from intestinal samples.

“The findings were very surprising. Going into the study, we had no idea about the number of unique bacteria genes that possibly existed in humans. The second surprising finding is that half of these were unique to a sample – they are not found in another person,” says Patel.

This has far-ranging implications, including what genes should be tested in association with disease risk. She further speculates that if individuals can uniquely be defined by 50 percent of genes, is it realistic to generalize about their role in the prediction of human disease?

Additionally, profiling the unique genes that make up a person’s microbiome could act as a form of microbial fingerprinting. This can provide valuable clues about past exposures to different pathogens or environmental influences, as well as disease predispositions, senior co-author Alex Kostic, Assistant Professor of Microbiology at Harvard Medical School and an Investigator at the Joslin Diabetes Center, adds.

Moving forward, research can try to uncover what elements fuel such diversity, and which genes are associated with human disease and what this means for health.

13 Aug 2020 --- Just one 300 mg dose of Nektium Pharma’s Zynamite significantly improves performance in a range of cognitive tasks, including those related to attention and... Read More

12 Aug 2020 --- Nestlé Health Science (NHSc) and Israel-based biomedical company Epitomee have entered into a strategic partnership to develop and commercialize a... Read More

12 Aug 2020 --- Ajinomoto Co. Inc. is working to overcome the “outdated anti-MSG stigma,” as it highlights the role that monosodium glutamate (MSG) can play in aiding... Read More

10 Aug 2020 --- With over half of Australia’s population experiencing gastrointestinal issues, healthcare professionals must have products that reflect the microbiome’s... Read More