You are in : All News > US patent granted to LactoSpore: Probiotic helps depressed patients with IBS

04 Dec 2019 --- Sabinsa has been granted a US patent for Lactospore, a Bacillus coagulans MTCC 5856 probiotic, which helps manage dementia and dementia-related sleep disorders. These appear as symptoms of Major Depressive Disorder (MDD) in people suffering from Irritable Bowel Syndrome (IBS). This opens up a new avenue of research in the field of enteric-neurobiology and brain-gut-microbiome axis, the company notes.

“The research data on Bacillus coagulans MTCC 5856 could be an enormous benefit to consumers and the nutrition industry in terms of appropriately selecting food ingredients and supplements suitable for healthy living,” Shaheen Majeed, President Worldwide at Sabinsa, tells NutritionInsight.

Supported by a clinical study published in the Food and Nutrition Research journal, LactoSpore is effective in managing psychological conditions associated with disorders in the gut. These findings support Bacillus coagulans MTCC 5856 as an important new treatment option for MDD in IBS patients.

LactoSpore is a commercial probiotic preparation containing lactic acid-producing microbial preparation from Bacillus coagulans MTCC 5856, a lactic acid-forming bacterial species. The role of lactic acid bacteria in gastrointestinal microecology has been the subject of extensive research. It is also widely believed that these bacteria prevent the growth of putrefactive microorganisms. 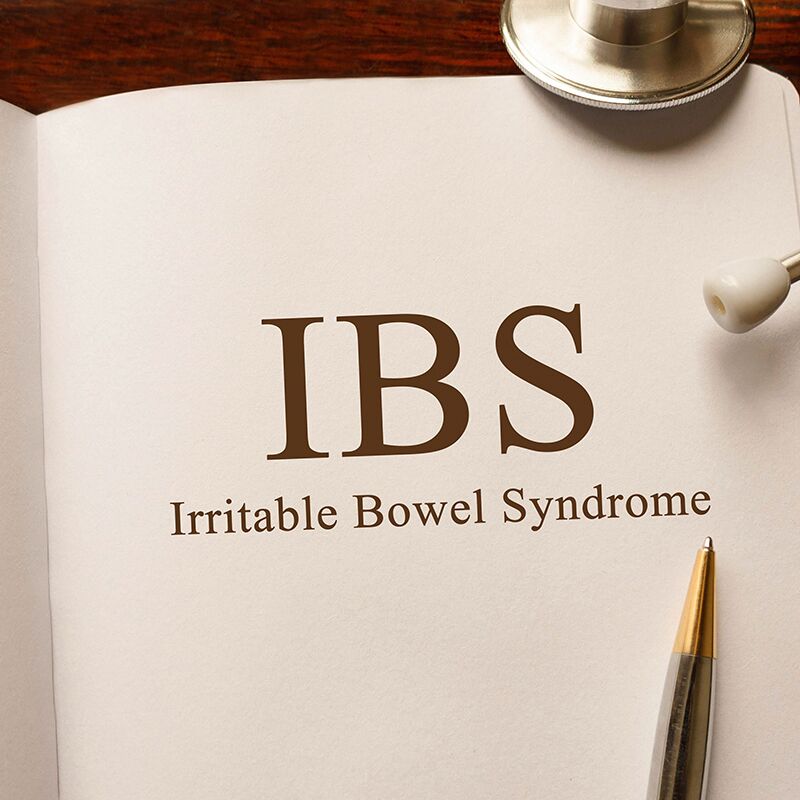 Click to EnlargeIBS causes abdominal pain and changes bowel movements without evidence of underlying damage.Research parameters
In a previously granted patent, LactoSpore demonstrated that it alleviates the symptoms of IBS when administered once a day, along with standard treatment of care. This most recent patent, however, shows the standalone effect of LactoSpore in improving the symptoms of IBS – as well as the associated symptoms of MDD – without co-administering any drugs.

Majeed further explains that the gut-brain axis served as the primary motivation for conducting this study. When screening the subjects for the initial clinical study conducted on a previous LactoSpore study the researchers noticed the study participants suffering from IBS at the time of screening often reported also to be suffering with depression.

“Though these subjects were excluded in the first clinical trial, we decided to proceed with a separate study to correlate IBS associated with depression. We also sought to substantiate our hypothesis on the role of our probiotic ingredient in possibly alleviating depression symptoms in IBS patients,” Majeed recalls.

Forty patients diagnosed with both MDD and IBS were randomized to receive a placebo or Bacillus coagulans MTCC 5856 at a daily dose of 2 billion spores for 90 days. In comparison, Sabinsa supplies LactoSpore at 6, 15 and 100 billion spores per gram.

“As neuroinflammation is one of the inevitable biological components among most of neurological disorders, MPO and its receptor have been suggested by researchers for exploration for clinical interventions. Therefore, a reduction seen in our clinical study in the serum myeloperoxidase is another key aspect that may be playing a vital role in IBS patients suffering from MDD and related neurological disorders.” Majeed elaborates.

He also highlights that the study’s findings are particular to the MTCC 5856 strain and not conclusive for all Bacillus coagulans.

What’s next?
Previous research on Bacillus coagulans MTCC 5856 found it strongly related to the production of short-chain fatty acids (SCFAs), which are speculated to play a major role in the microbiota-gut-brain axis, says Majeed. “However, the actual pathways of how these would modulate the psychological functions or cognitive processes and their neural basis in IBS patients with MDD still requires further investigation,” he adds.

Majeed encourages further studies to confirm the relationship between the gut-brain axis and the mechanistic approach on the role of SCFAs in cognition research. The reduction of markers other than MPO could also be studied, he says.

“We anticipate being granted patents on the discovery in additional countries in the near future,” Majeed concludes.

11 Dec 2019 --- Research in maintaining a healthy gut and microbiome is booming, with research from Wake Forest School of Medicine, US, identifying that dead Lactobacillus... Read More