You are in : All News > UK: Researchers call for mandatory vitamin D flour fortification

Food fortification strategies should be prioritized as a response to the rising prevalence of vitamin D deficiency, as it is a safe and cost-saving option, say researchers 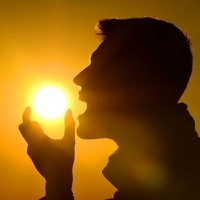 23 Aug 2019 --- Adding vitamin D to wheat flour would prevent ten million new cases of vitamin D deficiency in England and Wales over the next 90 years, according to researchers at the University of Birmingham. Their study concludes that fortifying flour with vitamin D alone would save the public £65 million (US$75.4 million) annually by reducing demand for healthcare and treatment for vitamin D deficiency and its complications. Meanwhile, they projected that adding vitamin D to flour would cost just £0.12 (US$0.15) per person per year.

Deficiency in vitamin D can lead to rickets, soft bones, bone pain and muscle weakness. Previous research led by the University of Birmingham has shown that, in extreme cases, vitamin D deficiency in babies and children can cause seizures or heart failure as a result of a lack of calcium. “Our study showed that even though supplements are still a viable option for those at a higher risk, food fortification strategies should be prioritized as a response to the rising prevalence of vitamin D deficiency, as it is a safe and cost-saving option,” explain the researchers. 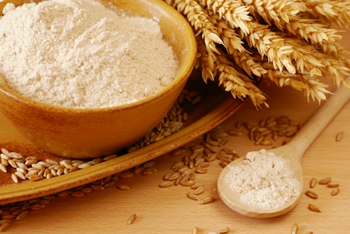 The researchers are proposing to add 400IU of vitamin D per 100g of flour, while also offering free vitamin D supplements of 400IU for children under 18, and doses of 800IU for those over 65. “While both supplements and fortified foods are important sources of vitamin D for the UK population, evidence suggests current UK supplementation policies are not working,” says Dr. Magda Aguiar, an author of the study. “Addressing vitamin D deficiency in the UK requires a multi-disciplinary approach and preventing conditions that are the consequence of deficiency would save the National Health Service (NHS) money to the extent that it would more than compensate for the money needed to implement flour fortification at a national level.”In the UK, the average daily vitamin D intake is currently below the Reference Nutritional Intake of 400 IU per day, and 20 percent of adults and 16 percent of children aged between 11 and 18 years are estimated to be deficient in Vitamin D, according to the researchers. They assert that the policy shift would not only be cost-saving but would also significantly reduce the burden on the NHS by preventing 25 percent of the estimated 40 million new cases of vitamin D deficiency over the coming 90 years.

The researchers suggest the optimal way to prevent vitamin D deficiency would be a dual method of fortification and supplementation. “We now hope that UK policy makers will consider a new national policy to fortify foods such as wheat flour with vitamin D to address this serious health issue. This will lead to significant benefits for the population, particularly the most vulnerable groups,” concludes Dr. Aguiar.

The scientists are proposing to combine flour fortification with offering vitamin D supplements to key groups. In particular, children, the elderly and those with higher concentrations of melanin are identified  as highly susceptible to vitamin D deficiency.

A similar call for government-led vitamin D fortification was recently advocated by researchers from Trinity College Dublin, Ireland. Over half of Ireland’s population (57 percent) had inadequate serum vitamin D levels, of which 26 percent were classified by the study as vitamin D-deficient.

The research, published in European Journal of Clinical Nutrition, was funded and led by the University of Birmingham’s Institute of Applied Health Research and Institute of Metabolism and Systems Research.

Food fortification at a national level
Most countries have adopted policies to increase their population’s intake of vitamin D to some degree, note the researchers. However, they also explain that most previous research into strategies to improve population vitamin D intake have focused only on supplementation programs, which are generally expensive and not sustainable in the long term.

In the UK, multivitamin supplements containing vitamin D are recommended to all children up to the age of four, pregnant women and breastfeeding mothers. The supplements are provided free-of-charge to those in low-income households. In addition, infant formulas and spreadable fats are fortified with vitamin D. Other foods, including breakfast cereals and milk substitutes, are commonly fortified.

Dr. Aguiar highlights that a particular national food fortification policy in Finland has been able to reduce vitamin D deficiency from 13 percent to 0.6 percent in the population.

In June, UK ministers estimated that a similar policy that enforces mandatory folic acid flour fortification would prevent up to 200 birth defects a year. The move was welcomed by the Association of UK Dieticians (BDA), who hailed the 12-week consultations as a recommended policy that was a “long time coming”.

An essential vitamin, not a silver bullet
Vitamin D’s essential function in human health has been spotlighted in numerous studies. Earlier this month, vitamin D supplementation was found to reduce the risk of cancer death by 16 percent, according to a recent study published in the British Medical Journal (BMJ). Vitamin D supplementation alone, however, was not associated with preventing all causes of death, only cancer. However, the leading professor on the study, Dr. Fang Fang, warns that the supplement is no silver bullet for longevity.

Also this month, patients with Parkinson’s disease were found to have significantly lower levels of vitamin D in their blood, in a study published in the journal Acta Neurologica Scandinavia. The study, which evaluated 182 Parkinson’s patients and 185 healthy individuals, also found that patients with lower vitamin D levels were more prone to accidents of falling, sleep problems, depression and anxiety. The findings suggest that vitamin D supplementation may help to treat the non-motor symptoms associated with Parkinson's disease.

Vitamin D supplementation may also slow the progression of type 2 diabetes in newly diagnosed patients and those with prediabetes, according to a study published in the European Journal of Endocrinology. The study findings suggest that high-dose supplementation of vitamin D can improve glucose metabolism to help prevent the development and progression of diabetes.

In new product development, Neopac and Streuli Pharma (Streuli) are simplifying vitamin D supplementation for children with the launch of a dropper tube, which enables a safer and more precise administration of doses. Traditionally, vitamin D is packaged in glass vials with pipettes, but the Polyfoil 19mm dropper tubes are glass-free, allowing the metered dropper to be directly inserted into the mouth, as well as being more safely transportable.

UK researchers have identified the biological mechanism behind the long-term positive health effects of breastfeeding in preventing disorders of the immune system in... Read More

Israel-based Galam is positioning beet-derived short-chain fructooligosaccharides (sc-FOS) as a viable alternative to inulin for fiber fortification. This year has seen... Read More

In a move to protect against “external threats to the UK’s health” in light of COVID-19, Public Health England (PHE) will be scrapped and replaced by... Read More