You are in : All News > Key To Maintaining Healthy Weight in Teenagers Is To Avoid Dieting and Promote a Balanced Lifestyle, Say Researchers

Key To Maintaining Healthy Weight in Teenagers Is To Avoid Dieting and Promote a Balanced Lifestyle, Say Researchers 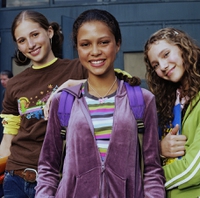 22 Aug 2016 --- New research from the American Academy of Pediatrics shows that physicians and parents can ward off problems at both ends of the weight spectrum by avoiding focusing teenagers’ attention on weight or dieting, and instead encouraging a healthy, balanced lifestyle.

The new guidelines have been deemed particularly important, as although childhood obesity rates have begun to drop, obesity rates in adolescents have not declined.
Developed in response to growing concern about teenagers' use of unhealthy methods to lose weight, the guidelines aim to target adolescents that may not fit doctors' or parents' image of eating-disorder patients.
These are teenagers who are not likely to be excessively thin, however, their quick, substantial weight loss can trigger medical consequences seen in people with anorexia nervosa, such as an unstable heart rate.
"This is a dangerous category of patient because they're often missed by physicians," said Neville Golden, MD, professor of pediatrics at the Stanford University School of Medicine and a lead author of the new guidelines, "At some point, these patients may have had a real need to lose weight, but things got out of control."
“Up to 40 percent of patients now admitted to some eating disorder treatment programs fit this easy-to-miss category,” continued Golden.
The recommendations include five evidence-based strategies that pediatricians and parents can use to help all teenagers avoid both obesity and eating disorders.
Three recommendations focus on behaviors to avoid. These include parents and medical professionals avoiding "weight talk," such as commenting on their own weight or their child's weight, never teasing teens about their weight, and never encourage dieting.
The further two recommendations focus on behaviors that should be promoted. These are that families eat regular meals together, and that parents help their children develop a healthy body image by encouraging them to eat a balanced diet and to exercise for fitness, not weight loss.
Golden told NutritionInsight: “We hope the new guidelines will help stop doctors and parents from telling teenagers to follow calorie-counting diets, because the scientific evidence increasingly shows that restrictive diets don’t help young people maintain healthy weights in the long run.”
He continued: “We hope the guidelines will help put a stop to ‘weight talk’ which is when parents discuss their own or a child’s weight, and will help end weight-related teasing. Kids who hear weight talk or suffer under weight teasing are more likely to try unhealthy weight-loss methods, so we really want to put a stop to these damaging ways of discussing body weight.”
Golden is keen to promote the importance of eating together as a family, suggesting it could also protect against weight problems. Although the mechanism isn't certain, Golden thinks it may be partly due to the opportunity for teenagers to see their parents modeling healthy eating.
"Pediatricians can encourage families to have family meals as often as possible," he said, adding, "It doesn't have to be every night."
However, Golden admits that helping teens maintain healthy weights without veering toward obesity or an eating disorder is more challenging than it is for young children.
"Adolescents are also dealing with other issues, such as teasing from peers and body-image concerns," Golden said, "A 3-year-old may not be worried if she's a bit overweight, whereas an adolescent may try unhealthy weight-loss methods like fasting or diet pills and end up in a vicious circle of more weight gain."
Golden added the promotion of these messages is important to the success of the new guidelines, saying “News outlets can help us spread the important message that a healthy, balanced approach to promoting a positive body image is the best way to address weight concerns in teenagers.”
He continued, saying: “All young people should be encouraged to exercise for fitness, not weight loss, and families should try as much as possible to eat meals with their teens, since regular family meals can protect against both eating disorders and obesity.”
by Hannah Gardiner

On the lookout for gluten alternatives during Gluten Free Community Week

11 May 2020 --- Gluten-free consumer demand, research and industry innovation are being highlighted during Coeliac UK’s Gluten Free Community Week hosted May 11-17. Although... Read More

24 Apr 2020 --- Micronutrient-rich supplements are a safe, effective and inexpensive means of strengthening resistance to infections and protecting the body from respiratory... Read More