You are in : All News > Silver lining? Brexit presents an opportunity to rethink health claims, says start-up 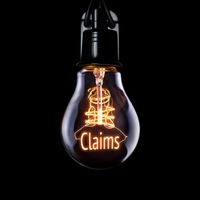 23 Oct 2019 --- Brexit has become a legislative headache – but there may be some silver linings. For starters, the UK could seek to reform how health claims are currently legislated if it can depart from EU frameworks, which have been previously criticized as outdated. This is according to Thomas Averre, Business Development Director at Avrox Technologies, a company that brands itself as a food and beverage technology company with a focus on R&D and innovation.

“Health claims in the UK are currently regulated under EC 1924/2006, which uses an ingredients-based regulatory framework to assess whether products can make health claims. This outdated framework essentially looks at the ingredients within a product. If the ingredients themselves don’t have claims, then the product cannot make claims either,” Averre tells NutritionInsight.

“There are many products on the market that have both functional and health benefits, but do not contain ingredients that have approved claims. Brexit presents an opportunity to revisit this policy area and rethink how health claims are governed,” he says.Click to Enlarge Brexit presents an opportunity to revisit policy areas, such as health claims.

Along these lines, Professor Dame Sally Davies’s final independent report, following the end of her eight-year tenure as Chief Medical Officer for England and Chief Medical Adviser to the UK government, also noted that Brexit could present an opportunity to review value-added tax (VAT) rates to rebalance the cost of food and drink in favor of health.

Davies urged that the review on VAT rates should ensure that healthy foods continue to have no VAT, while consistently applying VAT to unhealthy food. Currently, for example, gingerbread men decorated with chocolate are subject to a 20 percent VAT rate, while gingerbread with no chocolate has no VAT applied. Some other types of biscuits, cakes, flapjacks and corn chips are also untaxed, while cereal bars and breakfast cereals are further highlighting the flaws and inconsistencies in the existing system.

The current terms by which the UK can operate once it leaves the EU are currently hanging in the balance. In a turbulent few weeks, Prime Minister Boris Johnson’s deal has been rejected by MPs and the government now awaits to hear whether the EU will grant the UK a three-month time extension. Otherwise, the UK will barrel out of the EU with no-deal on October 31.

Deal or no-deal?
Looking forward, Averre says that a regulatory framework whereby there is a sliding scale of evidence required depending on the size of the business could be very fruitful for the nation’s start-up scene.

“This would see start-ups and small and medium enterprises provide a limited degree of evidence that their product works (perhaps an independent test or peer reviewed study). Then, as they grow in revenue and size, be required to provide more evidence to sustain their claims.”Click to EnlargeEI8HT is a functional beverage developed in collaboration with the University of Oxford.

The existing rules require the same degree of evidence, whether you’re a start-up or a multinational. However, most start-ups may not have the resources to undertake the number of studies required under the existing directive.

In the event of a no-deal Brexit, however, the UK business scene could suffer.

“The UK is a hard place to do business –  it’s a skeptical market that is much more price-sensitive than other international markets, but this generally means that if you can be successful in the UK, there’s a great export case for your business. We don’t see Brexit as a barrier, but a no-deal exit would have a significant impact, particularly on supply chains,” he says.

Some businesses may be underestimating the impact a no-deal situation could have on their business, Averre warns. “Knock-on effects are hard to spot, but they do pose a real risk to many businesses.”

EI8HT
Avrox Technologies’ flagship product is EI8HT, which was launched to the market in March this year. EI8HT is a functional beverage developed in collaboration with the University of Oxford. It is touted as increasing the body’s ability to transport and deliver oxygen, using a patented delivery system.

Click to EnlargeThomas Averre, Business Development Director at Avrox Technologies.Averre explains how the solid R&D behind the product’s efficacy does not always work in its favor. For example, despite touting the efficacy of the product for improved performance, the company will not be seeking certification from a sports nutrition body. This is because, according to regulatory bodies such as World Anti-Doping Agency (WADA), if a product improves physical performance, then it is prohibited from competitive sports. As Averre puts it: “If it works, it’s banned.”

“Our product significantly improves performance and so there isn’t much point subjecting it to approval from one of these bodies, even though it does not contain any prohibited ingredients. Our approach is quite unorthodox, but what we’re effectively saying is it really does work.”

Consumers are also becoming increasingly wary of brands as more attempt to attach various claims to their products, he adds.

As more and more businesses claim to be innovative because it’s on-trend to do so, it may lead to the assumption that brands that don’t use the buzzword are “boring or outdated,” Averre muses.

“This mislabeling does a disservice to lots of the truly innovative companies like ours that have invested years into R&D,” he concludes.

14 Feb 2020 --- The ongoing Biofach 2020 trade show held in Nuremberg, Germany, is hosting a range of organic suppliers and producers – many offering products with added... Read More

28 Jan 2020 --- Brexit could provide a key opportunity to overhaul the UK’s current front-of-pack labeling (FoPL). This is according to a youth-driven movement, which is... Read More

10 Dec 2019 --- Optimum Nutrition’s parent company Glanbia Performance Nutrition has entered into an agreement with Kalil Bottling Company to expand the reach of its energy... Read More

Packed with nutrients and style: OATH debuts creative packaging for its functional beverages