You are in : All News > Year of the Rat: US-China trade deal ushers in opportunity as GNC expands east

22 Jan 2020 --- With Chinese New Year just around the corner, there are some signals that the Year of the Rat could be a fruitful one for US-Chinese nutritional trade. A partial US-China trade agreement will reduce tariffs on some imported Chinese goods used by US supplement and food companies. The American Herbal Products Association (AHPA) notes that US companies may wish to delay imports until February 14, when the lower rates come into effect. Meanwhile, US-based GNC is partnering with Renmintongtai, the pharmacy chain of Harbin Pharmaceutical Group, as well as launching four supplements in China. The company highlights the business potential of the Chinese market as people’s awareness and demand for health continue to grow.

Since the introduction of economic reforms in the late 1970s, China’s economy has been one of the world’s fastest-growing, with annual growth rates consistently above 6 percent, according to the World Bank. China is also the world’s largest exporter and second-largest importer of goods – it’s no wonder that key food industry players are eyeing the nutritional opportunities China presents.

The “phase one” agreement addresses many issues surrounding the US-China trade war, including tariffs. The US Trade Representative (USTR) has announced that some of the tariffs that have been imposed on Chinese exports over the last two years will be halved from 15 percent to 7.5 percent. These will affect many ingredients for supplements and other herbal products manufactured and marketed in the US. 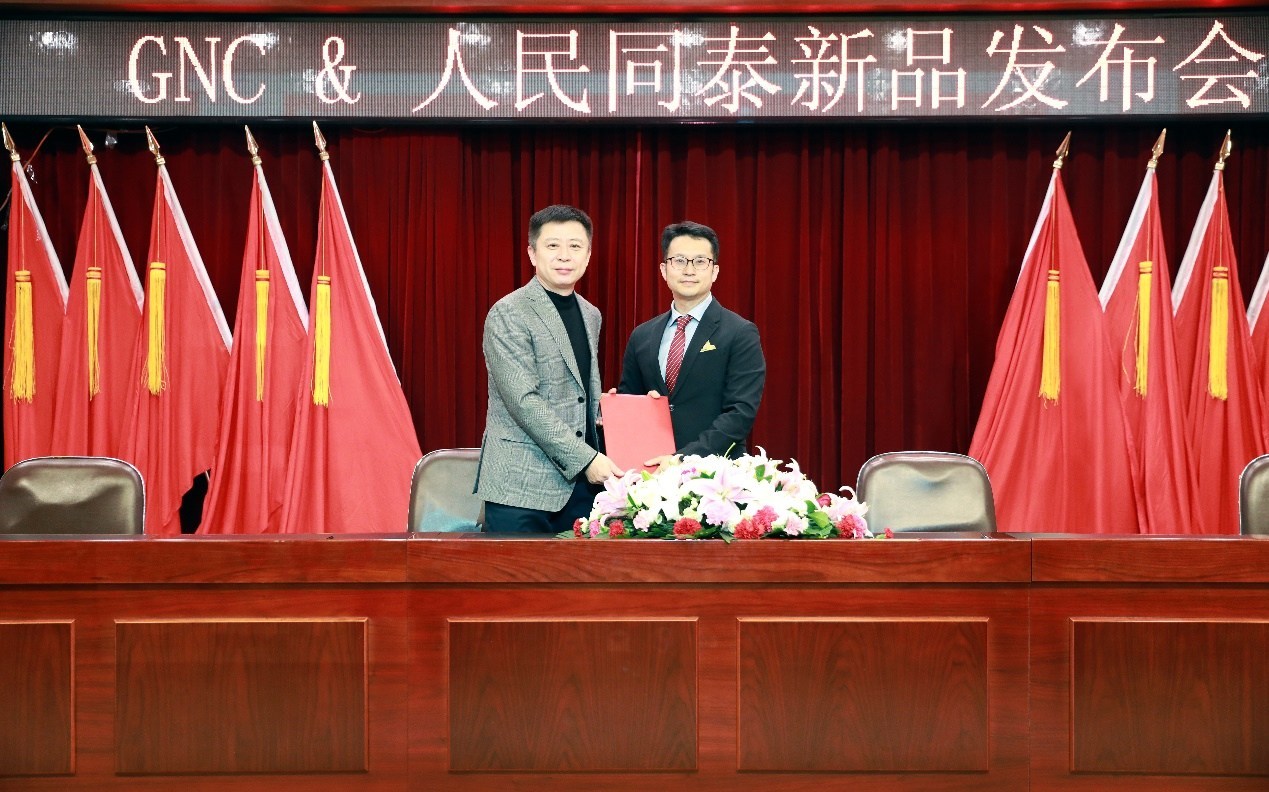 US-based GNC is partnering with Renmintongtai, the pharmacy chain of Harbin Pharmaceutical Group.AHPA has listed affected commodities including spices such as pepper, cinnamon, nutmeg, cardamom, cumin, ginger and turmeric; fruits such as lemons and other citrus; and botanicals such as teas, chicory and ginseng. The reduced tariff will also apply to many botanical extracts. Tariffs for other commodities will remain in place, at least for the short-term. These include whey protein concentrates, some dried fruits and vegetables, and other plant-based ingredients and minerals used in supplement products.

A lucrative market
In addition to importing Chinese goods, many Western companies are looking to the East for a lucrative market to sell their products. According to a 2018 Innova Market Insights survey, 24 percent of Chinese consumers claim “health aspects are the factors they pay importance to when buying food and beverage products.” Additionally, 11 percent are consuming more products with functional benefits or active ingredients.

GNC is tapping into this through its partnership with Renmintongtai. GNC says the move indicates its ambition in China, while also giving Chinese consumers a more convenient way to obtain high-quality dietary supplements, especially for those who are concerned with sub-health conditions. The company also says that it is a positive response to the Chinese government’s call, which suggests that the residents’ health should be supported by a healthy and civilized lifestyle and prevention actions.

A higher standard for products
GNC further highlights how China’s dietary supplements industry has developed rapidly in recent years, last year becoming the second-largest market in the world, as well as the largest market in Asia. However, the company states that Chinese consumers prefer dietary supplement products with long-term validation and strict quality control. The demands in the new era have set a higher standard for products.GNC has also launched four “blue hat” products in China.

This is also the case outside of the country, with Marianne McDonagh, Vice President of Sales at Bioenergy Life Science (BLS), telling NutritionInsight: “Although marketing is still important, consumers are starting to read ingredient labels and question these products.” Clinical trials are also key, with consumers becoming more concerned about the proof for the efficacy of products.

Other companies are also expanding in Asia, with Lonza investing in a new facility in China to support companies developing therapeutic proteins. Last year, DuPont Nutrition & Biosciences – which has since entered into a merger with IFF – also sought to bring probiotics to China via a strategic collaboration with By-Health, a Chinese consumer healthcare company.

Consumers are taking health more into their own hands as shopping has migrated online in the lingering wake of COVID-19. Trust in supplement brands and on-pack claims... Read More

This week in nutrition news, Lallemand Bio-Ingredients obtained a health claim for Gastro-AD from Health Canada, recognizing its benefit for support of gastrointestinal... Read More