You are in : All News > World Breastfeeding Week 2020: Infant formula strides in mimicking breast milk

07 Aug 2020 --- Infant nutrition is one of the most prolific industry segments, with the undeniable nutritional superiority of breast milk instigating continuous R&D. In light of World Breastfeeding Week 2020, NutritionInsight takes a look at the latest developments in the space. In efforts to mimic breast milk as closely as possible, several industry players are making strides in NPD, as the race for the optimal milk fat globule membrane (MFGM) and human milk oligosaccharide (HMO) ingredients accelerates. Meanwhile, the cell-cultured breast milk space is heating up as innovative start-ups enter the arena.

“In recent years, there have been great advances in terms of the protein and lipid composition in infant formulas. Lipid quality has improved with the arrival of formulas containing dairy lipids that are no longer derived only from plants. The quantity of proteins in infant milks has been reduced thanks to the use of higher quality proteins, and from a more natural process,” says Charlotte Magnant, Product Manager at Lactalis Ingredients.

Breast milk and COVID-19
This year’s theme for World Breastfeeding Week 2020 is “Support breastfeeding for a healthier planet.” In line with this theme, the World Health Organization (WHO) and UNICEF are calling on governments to protect and promote women’s access to skilled breastfeeding counseling, a critical component of breastfeeding support.

The WHO recommends that mothers breastfeed infants for the first six months for their optimal health. Advantages include the fact that breast milk provides lifesaving antibodies that protect babies against many childhood illnesses.

“Breastfeeding provides every child with the best possible start in life. It delivers health, nutritional and emotional benefits to both children and mothers. And it forms part of a sustainable food system,” UNICEF Executive Director Henrietta Fore and WHO Director-General Tedros Adhanom Ghebreyesus say in a joint statement. 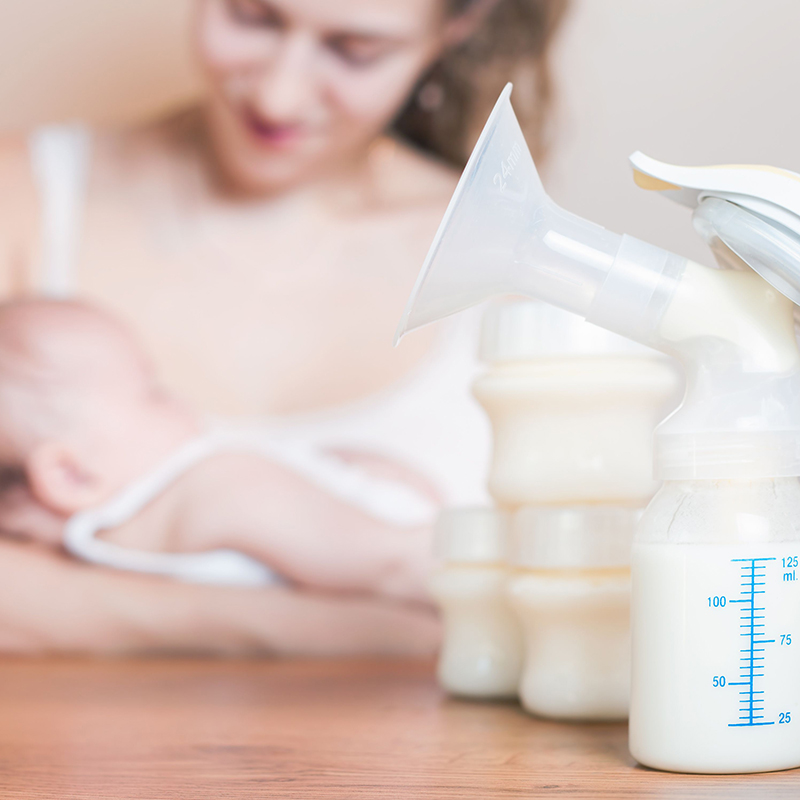 For mothers who can’t breastfeed, infant formula with MFGM and HMO ingredients is suggested as a nutritious alternative.

For mothers who can’t breastfeed, infant formula with MFGM and HMO ingredients is suggested as a nutritious alternative.

Currently, there is concern over whether COVID-19 is transmittable via breastfeeding but the science so far says that it is not a concern, according to the UN. “The risk of COVID-19 infection from breastfeeding is negligible and has never been documented,” WHO supports.

The need for infant formula
Parents are concerned about the health and wellness of their children in all aspects of life, such as digestive health, physical health and emotional well-being. To this end, parents monitor and act proactively toward their child’s health. “Parents are aware of the importance of the first 1,000 days of life and how they can build a child’s future, from brain development to immunity, or even happiness,” explains Morgane Maillard, Marketing Manager, Lallemand Health Solutions.

However, exclusive breastfeeding can represent quite a challenge for new mothers. Pain, time commitment, fatigue, but also changing household structures are just a few of the many reasons why mothers have to opt for another method to feed their infant, Maillard notes.

“Manufacturers are aware of this context and are striving to develop infant formula with similar qualities as breastmilk. There is definitely a growing interest in looking into a variety of innovative ingredients, such as probiotics and HMOs,” adds Solange Henoud, Global Regulatory Affairs Director at Lallemand Health Solutions.

Recently, Lallemand Health Solutions’ documented strains, Bifidobacterium lactis Lafti B94 received a No Questions Letter (NQL) regarding the Generally Recognized as Safe (GRAS) notification from the US Food and Drug Administration (FDA). This means it is recognized as a safe ingredient for powdered milk-based infant formula.

“Breast milk has many positive properties and can protect against diseases. It contains vitamins, minerals, proteins and HMOs. However, for mothers who can’t breastfeed the use of infant formulas with HMO is suggested. As these HMOs are chemically identical to the natural model, babies can benefit from their positive effects,” notes Bettina Gutiérrez, Press and Public Relations at Jennewein Biotechnologie.

Magnant of Lactalis details that consumers are more aware than ever of the nutritional benefits of breast milk. Clinical studies on new ingredients derived from breast milk are multiplying to prove their benefits to consumers. The aim is no longer just to provide the right amount of protein, fat or carbohydrates, but above all the right quality,” she says. Lactalis carries Prolacta, a range of whey proteins, rich in essential amino acids and derived directly from milk.

MFGM and OPO lipids
Currently, standard infant formula lacks MFGM, which is essential to providing a composition similar to breast milk – the gold standard of nutrition for infants. However, this is changing as leading industry players are launching MFGM ingredients. 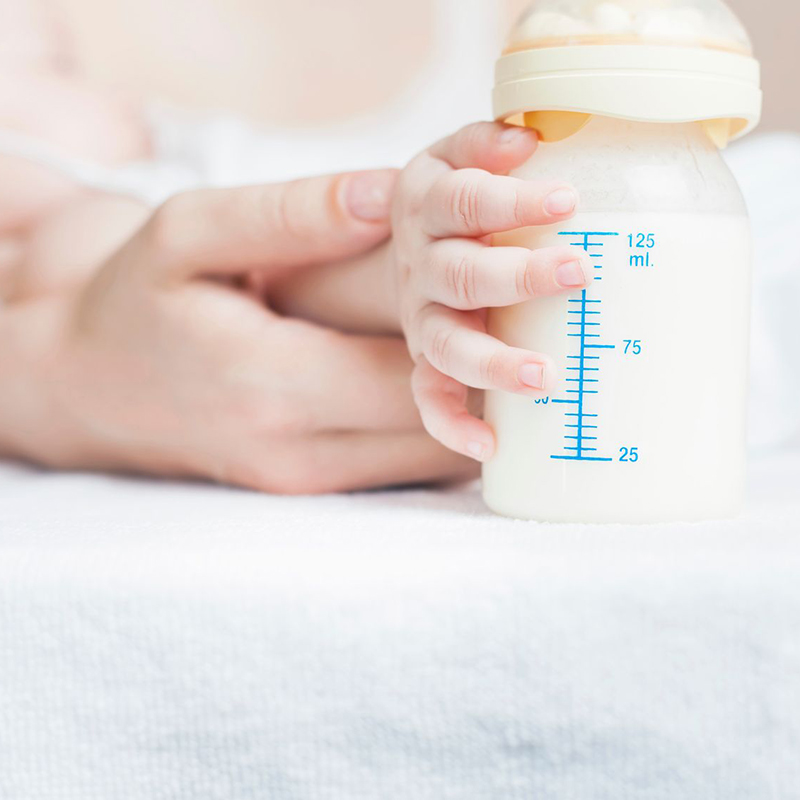 In the HMO sphere, an impending EU Regulation is to set stricter marketing requirements.Last year during the ESPGHAN Congress 2019, NZMP’s Senior Research Scientist James Dekker presented the company’s new abstract which focuses on MFGM composition in human milks and bovine milk ingredients, and MFGM proteins in infant formula. The company set its sights on establishing MFGM’s efficacy for infant nutrition, particularly in relation to cognitive development and function.

Meanwhile, Bunge Loders Croklaan (BLC) unveiled a “next-generation” infant formula product at Fi Europe 2019. Betapol Plus, is marketed as a premium quality oleic-palmitic-oleic (OPO) lipid product for infant formula. It is the most advanced OPO product of its kind and delivers on BLC’s aim to provide optimal solutions for modern-day infant nutrition, according to the company.

In the same space, Advanced Lipids, a joint venture of AAK and Frutarom, launched two additions to its Infat range of ingredients for infant formula. Infat Pro offers higher levels of SN-2 palmitate, which are known to offer a range of benefits for babies, including longer sleep duration and reduced crying.

HMOs in the spotlight
In the HMO sphere, an impending EU Regulation is to set stricter marketing requirements. The move seeks to assure that advertising does not overexaggerate nutrient claims or mislead consumers. By forbidding the print of health and nutrition claims on infant formula, the Regulation aims to streamline nutritional information marketing and protect the health of infants throughout the formula sector in the EU.

Jennewein Biotechnologie is innovating the infant formula market with HMOs and more specifically 2‘-fucosyllactose (2‘-FL). The company is producing HMOs on an industrial scale, using an innovative self-developed fermentation process. 2‘-fucosyllactose is like the other biotechnological produced HMOs chemically identical to breast milk.

“The HMOs and also 2‘-fucosyllactose have some important health benefits for babies. They protect for example against infections, promote a healthy gut microbiome, and have a positive effect on the infants’ immune system and brain development,” Gutiérrez explains.

Late last year, the EU Commission (EC) granted Novel Food status to Danish biotechnology company Glycom for its 2‘-FL and Difucosyllactose mixture (2’-FL/DFL). Having received the European Food Safety Authority’s (EFSA) recommendation, the EC concluded that the 2’-FL/DFL blend is safe for consumption in certain applications. With this greenlight, Glycom can now use this HMO in a variety of uses on the EU market, including as a dietary supplement and in infant formula.

Following this, in April this year, Royal DSM completed its €765 million (US$826 million) acquisition of Glycom, to further its position in the Early Life Nutrition and Dietary Supplement space.Royal DSM also unveiled its latest microbial powders for infant nutrition. The DHASCO-B and ARASCO powders contain a minimum of 110 mg DHA (docosahexaenoic acid) or ARA (arachidonic acid) respectively, and are sustainably produced with vegetarian DHA omega 3 and ARA omega 6 oils.

Advances in cell-cultured breast milk
However, more differentiation is hitting the infant formula space, as cell-cultured milk is coming to the fore. Singapore-based biotech start-up TurtleTree Labs is set to showcase the world’s first human breast milk created using cell-based technology. Notably, the company is claiming to have cracked the code in producing a complete nutritional biomatch to human breast milk.

In addition, US-based start-up Biomilq recently revealed it is one step closer to offering mammary cell-cultured human breast milk to families around the globe thanks to US$3.5 million in funding. The company is ultimately aiming to have a product that is accessible to a broad consumer market, citing the challenges surrounding this in cell-based products, especially amid COVID-19.

A study arguing that formula milk trials have a high risk of bias has ignited a debate about transparency in the industry. NutritionInsight speaks with key players... Read More

Yesterday marked World Mental Health Day, drawing attention to the one in four people in the US and UK alone who suffer from some kind of mental health problem each... Read More

Nutraceutical giants’ partnerships inject life back into industry at Vitafoods

Some of industry’s biggest players are joining forces to bring cost-effective yet scientifically backed offerings to the nutraceuticals market. Co-creation is... Read More

This week in nutrition news, Lallemand Bio-Ingredients obtained a health claim for Gastro-AD from Health Canada, recognizing its benefit for support of gastrointestinal... Read More

A new Arla Foods Ingredients innovation center has opened its doors today, which will see development of the company’s capabilities in dairy and whey ingredients.... Read More