You are in : All News > WHO warns of product falsification following altered vitamin A expiry dates 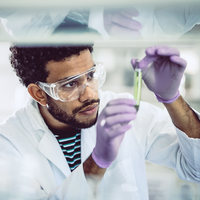 11 Mar 2021 --- The World Health Organization (WHO) has requested increased vigilance of global health care product supply chains following the discovery of “severely degraded and underdosed” vitamin A capsules in Chad.

According to WHO, Accucaps Industries Limited and Banner Pharmacaps (Canada) Limited are the stated manufacturers of the two investigated products.

“The genuine manufacturers of the products referenced in Medical Product Alert N1/2021 are not liable for the falsification and are not at fault,” a WHO spokesperson tells NutritionInsight.

“The WHO does not conduct investigations into the criminal liability for falsified products and therefore cannot comment on the identity of the individual/s responsible the falsification and supply of the aforementioned falsified products.”

Containing less than the stated active ingredient, the two vitamin A products were supplied at the patient level and may still be in circulation.

Creating a vacuum
WHO estimates up to two billion people globally lack access to necessary medicines, vaccines, medical devices, including in-vitro diagnostics and other health products.

“This problem is growing as global supply chains become more complex, meaning products manufactured in one country may be packaged in a second country and distributed across borders to be marketed or sold to consumers in a third,” according to WHO.

Click to EnlargeProducts subject of the WHO Medical Product Alert No.1/2021 (Credit: WHO).How falsified were the capsules?
Laboratory analysis of two recovered vitamin A samples revealed that both products’ variable data, meaning batch numbers and expiry dates, did not correspond to genuine manufacturing records.

The first product tested was manufactured by Accucaps Industries in September 2009, with an original expiry date of September 2012.

The second, produced by Banner Pharmacaps, had an original expiry date in 2009. According to WHO, the manufacturing and expiry dates of these products were deliberately altered by a decade to extend their shelf life.

WHO’s laboratory analysis found Accucaps’ vitamin A capsules had degraded and contained only 68.6 percent of the stated active ingredient.

The same was found for capsules marketed with the Banner Pharmacaps brand, which contained only 64.4 percent of the original ingredient.

Further indication of their falsification, both products were also found to carry now-defunct logos – the outdated WHO Essential Drugs Programme logo and the outdated Micronutrient Initiative logo.

NutritionInsight has reached out to Accucaps Industries and Banner Pharmacaps for comment.

The public health threat of degraded vitamin A
The organization identifies health product falsification as one of the urgent health challenges for the next decade, especially in light of estimates that over one in ten medicines in low- and middle-income countries are substandard or falsified.

With the most severe effects seen in young children, vitamin A is a micronutrient used for the prevention and treatment of vitamin A deficiency.

The deficiency is associated with significant morbidity and mortality from common childhood infections, maternal mortality and poor outcomes in pregnancy and lactation.

Vitamin A deficiency is also the world’s leading preventable cause of childhood blindness. Retinol is listed on the WHO Model List of Essential Medicines for Children.

NutritionInsight discussed vitamin fortification to tackle malnutrition in its latest food reformulation roundtable, as well as malnutrition obstacles in the APAC region with the Food and Agriculture Organization.

Click to EnlargeRetinol manufactured by Accucaps Industries (left) and Banner Pharmacaps (Credit: WHO).All countries affected, low-income the most
“No country remains untouched from this issue,” WHO maintains, having received reports of substandard or falsified medical medicines, vaccines and in vitro diagnostics from all regions of the world.

Although this issue impacts all countries, those with weak or non-existent regulatory systems bear the greatest burden of substandard and falsified medical products.

“Substandard and falsified medical products are most likely to circulate when the following three driving forces are present in a market, but a single one is sufficient,” says the WHO spokesperson:

“When medicines do not work the way they should, they can fail to treat or prevent disease, contribute to antimicrobial resistance, waste precious resources and lead to a loss of confidence in medicines and distrust of healthcare providers,” says WHO.

Ways of identifying tampered products include but are not limited to product packaging being in poor condition or having deteriorated. When manufacturers details, batch numbers and expiry dates are not clearly stated or appear to have been altered, this should also raise concern.

“If in doubt, contact the product manufacturer or national medical products regulatory authority,” concludes the WHO spokesperson.

01 Apr 2021 --- Drinking beetroot juice could improve vascular health and brain function in elderly people, according to a recent University of Exeter study into the oral... Read More

29 Jan 2021 --- Vitamins A, D and K, as well as antiviral drugs, may bind to SARS‐CoV‐2’s viral spike protein and thus reduce infectivity. In contrast, cholesterol may... Read More

18 Jan 2021 --- The World Health Organization (WHO) has released a global laboratory protocol for measuring trans fats, or trans-fatty acids (TFA), in foods. It details a... Read More