23 Apr 2021 --- This week in nutrition news, Probi showed “good growth” in its first-quarter financial report, while Verdure Sciences got its Longvida curcumin extract approved for sale in Brazil. Also, research revealed a relationship between ultra-processed foods and poor skeletal health.

In brief: Business news
Probi released its financial results for Q1 of 2021, showing net sales increased by 9 percent (20 percent adjusted for currency changes) to SEK 171 million (US$203 million). The EBITDA margin was 28 percent, a “clear strengthening” against a weak first quarter of last year, says the company. The improvement comes from both a stronger gross margin and lower operating expenses during the quarter. A strategic partnership with the Chinese pharmaceutical company China National Pharmaceutical Foreign Trade Corporation also resulted in the launch of three of Probi’s ClinBac concepts in China. 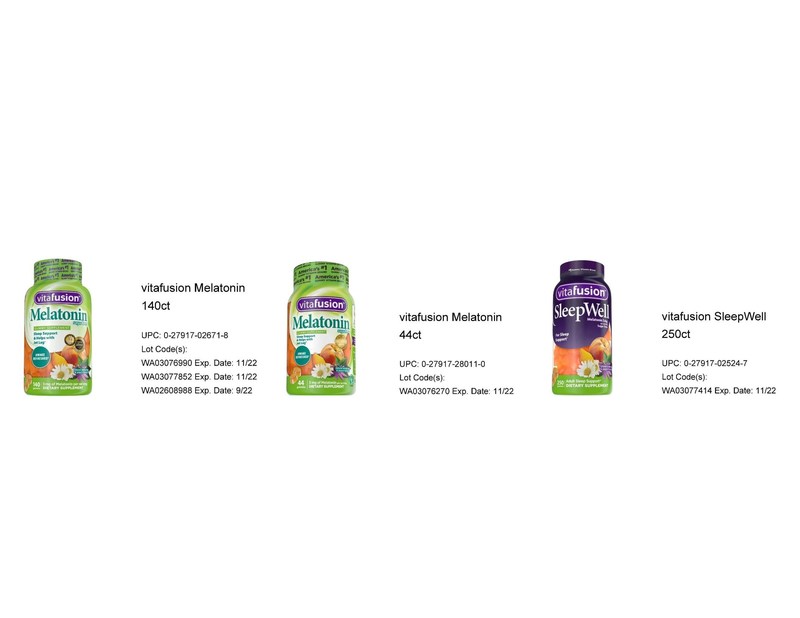 Church & Dwight initiated a voluntary recall of select Vitafusion gummy products after investigating two consumer reports that identified the possible presence of metallic mesh material in certain product lots. The company is not aware of any reports of consumer illness or injury to date. In some severe cases, ingesting a metallic material could damage the digestive tract, however. The FDA is working in coordination to ensure protocol is followed.

In brief: Launches and releases
DolCas Biotech announced its novel Curcugen curcumin formulation is being primed for the sports health sector. Recently granted GRAS designation as a safe, functional food ingredient, Curcugen is poised to feature in a comprehensive portfolio of sports supplements and post-workout bars, shakes and beverages. A new clinical study endorses Curcugen’s role as a compelling post-workout anti-inflammatory agent.

Lifeable launched a line of gummy supplements containing popular herbs and minerals such as zinc and ashwagandha as a way to support immunity and overall health in adults and children. The company says it is answering the demand for immunity products in the wake of the COVID-19 pandemic and making these types of supplements more appetizing.

In brief: Appointments and partnerships
The Center for Science in the Public Interest began partnering with 30 organizations from diverse communities in 23 US states to drive policy change in food and nutrition. Partners include the American Heart Association and the Center for Black Health and Equity. Unhealthy eating contributes to an estimated 529,000 deaths each year in the US, primarily through heart attacks, strokes, cancer and Type 2 diabetes. The collaborations will advance policies to support public health, especially for low-income communities and communities of color. A grant from Bloomberg Philanthropies funds the partnerships. 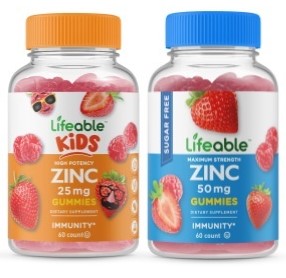 Lifeable’s gummy supplement range.Nutraceutical Ingredients team is helping reduce malnutrition across the crucial span of a child’s development, from conception to five years of age.

US nutrition bar and powder manufacturer Nellson completed Enterprise Resource Planning (ERP) integration. The company partnered with 9EDGE and Oracle to deploy Oracle’s JD Edwards 9.2 ERP system throughout its organization. The global ERP model brings all Nellson manufacturing and corporate systems under a single umbrella, supporting growth with streamlined processes. It aims to provide Nellson’s brand partners with controlled costs and a competitive edge in the marketplace.

In brief: Research and studies
A study from the Hebrew University of Jerusalem, Israel, unveiled the links between ultra-processed foods and reduced bone quality. The study surveyed lab rodents whose skeletons were in the postembryonic stages of growth. The rodents subjected to ultra-processed foods suffered from growth retardation and their bone strength was adversely affected. The findings are critical, say the researchers, because 50 percent of US children eat junk food every day.

Iodine deficiency in pregnant women could be damaging the brain health of babies around the world.A study from Ohio State University, US, found evidence that a high daily dose of an omega 3 supplement may help slow the effects of aging by suppressing damage and boosting cellular protection during and after stressful events. Taking daily supplements containing 2.5 g of omega 3 polyunsaturated fatty acids, the highest dose tested, produced less stress hormone cortisol and lower levels of a pro-inflammatory protein during a stressful event in the lab. While levels of protective compounds sharply declined in the placebo group after the stressor, there were no such decreases detected in people taking omega 3s.

Iodine deficiency in pregnant women poses a risk to the neurological development of unborn children, found a study at the University of South Australia. Researchers say avoiding iodized salt and abstaining from animal products is contributing to deficiency rates. The findings build on previous studies showing that nearly two billion people worldwide were iodine deficient, resulting in 50 million experiencing clinical side effects.

An observational study from the UK’s Biobank found a connection between consumption of high intakes of chocolate and confectionery, butter and low-fiber bread, and low intakes of fresh fruit and vegetables, with cardiovascular disease (CVD). It also found a connection between CVD risk and sugar-sweetened beverages. The study spanned five years during which 4,245 cases of total CVD, 838 cases of fatal CVD, and 3,629 cases of all-cause mortality occurred.

Vital Solutions’ food ingredient Benegut was featured in a prebiotic study. The ingredient is a proprietary Perilla frutescens leaf extract used in food supplements to support gastrointestinal comfort. In the study, Benegut demonstrated prebiotic effects by supporting the growth of commensal gut bacteria (Lactobacillus, Bifidobacterium) and inhibiting the growth of pathogenic bacteria. Results underline the potential application of Benegut as a prebiotic and in probiotics blends preventing inflammation, supporting the immune system, and improving intestinal health.